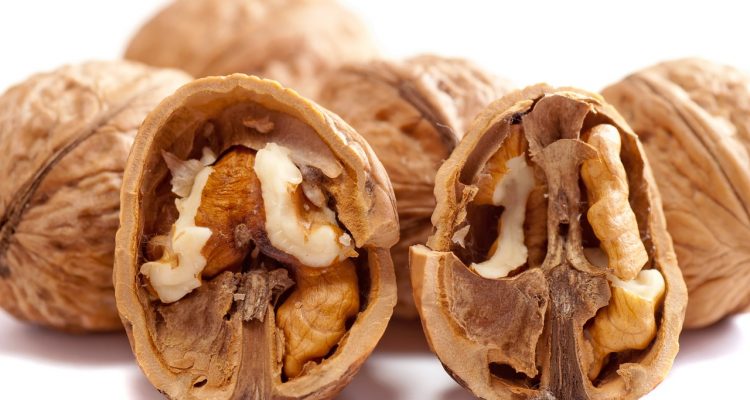 “I Went Down to the Walnut Grove”

With the Ten Plagues that afflicted Egypt, God made the Jewish people conscious of Him, as the Torah states, “For I have hardened his [Pharaoh’s] heart and the heart of his servants in order to strike them with these plagues in their midst… And you [the Jewish people] will know that I am God.”[1] However, this was not the only purpose of the plagues. Their direct meaning as a means to strike at Egypt is not lost and we find that they were meant to bring Egypt also to a consciousness of God, as the Torah states, “Egypt will know that I am God, as I stretch out my hand over Egypt.”[2] It is only natural to ask, what possible benefit could there be in Egypt becoming conscious of God, if at the end of the process they were drowned in the Red Sea?

Chasidic teachings offer an answer that is based on another meaning of the verb “to know” (וְיָדְעוּ מִצְרַיִם). In other places in the Bible, we find this verb also meaning “to break,” for instance in the verse, “And he took the elders of the city and the desert thorns and briers and he broke with them the people of Sukkot”[3] (וַיִּקַּח אֶת זִקְנֵי הָעִיר וְאֶת קוֹצֵי הַמִּדְבָּר וְאֶת הַבַּרְקֳנִים וַיֹּדַע בָּהֶם אֵת אַנְשֵׁי סֻכּוֹת). In the same manner, the Ten Plagues were a means to break Egypt, which was necessary in order to allow the Israelites to free themselves from the Egyptian impurity which had a strong hold over their minds and bodies.

To better understand this the image of a nut growing inside its shell is used. Throughout the long years of exile in Egypt, the Jewish people were like the chewy fruit of the nut growing protected within a hard shell. To reveal the tasty, nutritious inside, the shell must be broken. Thus, only once Egypt—the tough exterior in which the Jewish people developed—could be broken by the plagues, could the Jewish people come to consciousness of God, thereby revealing their essential attribute of sacred knowledge and awareness.

According to Kabbalah, there are three shells that conceal the holiness within. These are known as the three impure shells. There is a final, fourth shell, which is like a thin film, known as the intermediate shell, or kelipat nogah, that acts as a mixture of impurity and purity. This four-shell structure is best illustrated by the walnut (אֱגוֹז),[4] which consists of three hard exterior shells and one thin filament of a shell that encases the nut within and can be eaten with it. That is why the sages explained that the verse, “I [God] went down to the walnut grove”[5] (אֶל גִּנַּת אֱגוֹז יָרַדְתִּי) refers to the Exodus from Egypt.

God came to plague Egypt—symbolized by the walnut—in order to break the shells of impurity and reveal the sweet fruit inside. As we shall now see, only the three external hard shells were broken, but the thin shell that is like a filament remained. Although the fruit can be eaten with this fourth shell, in the future it too will be removed, when God abolishes all the air of impurity from the earth.

The Ten Plagues are one of the most explicit structures in the Torah. Ten elements that together form a single unit. In the writings of Kabbalah and Chasidut, we find three different ways in which to understand the inner structure of the Ten Plagues.

The Plagues Corresponding to the Sefirot

The first method is found in the writings of the Arizal,[6] Rabbi Isaac Luria, and according to it the Ten Plagues correspond to the ten sefirot from below to above—i.e., from kingdom to crown. The plagues are described in the two parashot Va’eira and Bo with the first seven appearing in Va’eira and the final three in Bo. This division parallels the division between the bottom seven sefirot, also known as measures (מִדּוֹת) and the higher three sefirot, known as the powers of the intellect. [This structure is depicted in the right partzuf (model) of the sefirot on the magazine’s front cover.]

The Plagues Corresponding to Stages of the Intellect’s Maturity

The second method follows a more complex grouping of the sefirot taught by the Mishnaic sage, Rabbi Yehudah. We quote his grouping in the Passover Haggadah. He uses an acronym to refer to it: Datzach Adash Be’achab (דצ"ך עד"ש באח"ב). These ten letters are the initials of the Ten Plagues. This method of grouping follows the well-known division of the ten sefirot into three groupings known as the intellectual, the emotive, and the habitual. This type of grouping has a relatively complex understanding in the Arizal’s Kabbalah, and it depicts the stages of maturity of the intellect of Ze’er Anpin (the Small Countenance), which itself represents the emotive aspect of the soul. In the first stage, the three habitual sefirot of the intellect mature. Thus, the first part of the acronym, Datzach (דצ"ך), which stands for blood, frogs, and lice (דַּם צְפַרְדֵּעַ כִּנִּים) correspond to the habitual sefirot: victory, acknowledgment, and foundation. In the second stage, the emotive sefirot of the intellect mature and thus the second part of the acronym, Adash (עד"ש), which stands for wild-beasts, pestilence, and boils (עָרוֹב דֶּבֶר שְׁחִין) correspond to the emotive sefirot, loving-kindness, might, and beauty. Finally, the three intellectual sefirot of the intellect of Ze’er Anpin mature. Thereby, the acronym Be’achab (באח"ב), which stands for the plagues of hail, locusts, darkness, and firstborn (בָּרָד אַרְבֶּה חֹשֶׁךְ בְּכוֹרוֹת), corresponds to the intellectual sefirot and the crown: wisdom, understanding, and knowledge, and the crown.[7] [This structure is depicted in the left partzuf (model) of the sefirot on the magazine’s front cover.]

In the Torah, the division of the plagues into groups of three corresponds to the order in which Pharaoh and his people were warned. Moses warned them about two impending plagues and then the third came without warning. The third plague was the one that hit hardest affecting the Egyptians bodies and psyches and not only their belongings and their environment. The third plague in each group did not require a warning because it corresponds to the relative “conscious” (da’at) aspect of each grouping and where there is consciousness, there is no need for warnings.

The Plagues Corresponding to the Aspects of Knowledge

The third method also appears in a passage from the early rabbinic works[8] that we recite as part of the Passover Haggadah:

Breaking the Three Shells of Egypt

As we explained earlier, all three hard exterior shells of Egypt’s impurity needed to be broken. Each of the methods of corresponding the plagues just reviewed was aimed at one of these shells specifically.

The first and most straightforward method was aimed at the Egyptian pride that they ruled the world and that the world was empty of Godliness. This type of prideful arrogance requires a direct approach that focuses on the impurity’s sense of sovereignty. It teaches the impurity submission.

The second approach, with its groupings of plagues was aimed at breaking the emotional stance of the Egyptian empire, which leaned (as most non-Torah based systems do) on a strict dichotomy between left and right, with no room for the middle axis on which mercy or compassion is situated. Compassion is a special state, in which left and right are mediated and brought together into a somewhat paradoxical state, the trademark of the Jewish psyche. By striking at the Egyptians’ emotive faculties in this way, the separation between the Egyptians as a people and the Jewish people was revealed.

Finally, the division of the plagues into pairs and its correspondence to the sefirah of knowledge or da’at represents the ability to take pleasure in the future revelation of the reward that results from serving God. When the impure shell is removed from consciousness, one clearly feels a sense of overpowering optimism about the future when all of reality will be sweetened by the revelation of God’s omnipresence.

Image by Pera Detlic from Pixabay

[10]. An explanation of this method and its correspondence as above can be found in Rabbi Isaac of Homil’s work, Channah Ariel at the beginning of parashat Bo.