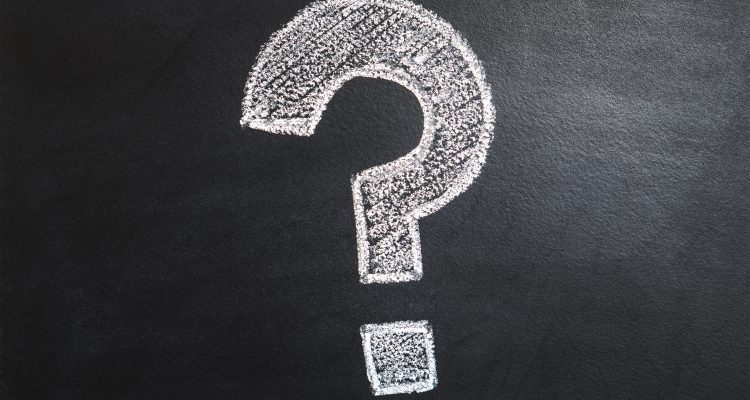 Rectifying the Sin of the Golden Calf

The sin of the Golden Calf divides Parashat Ki Tisa into two parts – before the sin and after it.

At first glance, the sin ruined all of God’s plans. Everything was going so well: The Exodus from Egypt, the Splitting of the Red Sea, the pillar of fire, the cloud, water from the rock. So many miracles! The miracles reached a climax with the voices and the lightning at Mt. Sinai and Moses’ ascent to God…All that we had to do was wait for him to descend. A little more patience and our relationship with God would be consummated in the best possible way. But, the Children of Israel “spoiled” everything. In the sages’ startling imagery, they became like, “A wretched bride who betrayed her groom beneath the wedding canopy [instead of waiting for him].” It seems that the sin of the Golden Calf shattered the great revelation at Mt. Sinai to smithereens until no remnant of it remained…

The sin of the Golden Calf appears to be another frustrating blunder in a series of historical blunders that began with Adam’s sin in the Garden of Eden. Had he waited a few scant hours before eating the fruit of the Tree of Knowledge, he would have lived forever. Why is it that everything is ruined at the most critical moment?

As devastating as this may seem, the sages reveal that this is not a diversion from God’s original program. God has a plan that is beyond our perception and even falling into sin has a purpose. The Jewish people were fully capable of overcoming the evil inclination, but the Almighty decreed that it should overcome them, “The Jewish people were not worthy of that act.” God did so “to give a voice to those wishing to repent.” This did not entail negation of our freedom of choice (which is why the sinners deserved punishment for their deeds). Nonetheless, we catch a glimpse into God’s great program that played out the plot in such a way that we chose to sin.

The sages’ explanation of the Golden Calf and its implications “to give a voice to those wishing to repent,” instructs us not to think of ourselves as forever lost. We might think that once we have fallen into sin, our cause is lost. Before sinning, there appear to be two options: either you are righteous or a rogue. After sinning, a third option comes into view: you may have sinned, but now you can repent.

The Torah’s inner dimension helps us understand the events of Parashat Ki Tisa from this new perspective.

Why is the level attained through repentance so great that sometimes sin is imperative (from God’s perspective)?

When Moses saw the sin, “He threw the tablets from his hands and broke them beneath the mountain.” The key word here is “breakage.” The Arizal teaches us that at the deepest spiritual dimension, creation is a process of breakage and rectification. Initially, when great Divine light attempts to descend and manifest in vessels, there is an explosion. The vessels shatter, the lights disappear, sparks fall, entire worlds are destroyed and chaos ensues… until the World of Rectification is created. The description of the shattering of vessels is covered in great depth in Kabbalah, down to the minutest details. We will suffice with the general explanation mentioned in Chassidut, that breakage is necessary to enable “leaping from unity to diversity.”

As we proclaim twice a day in the Shema, “God is one.” His initial revelation is unity. Like pure white light in which no individual color can be perceived, unity cannot be contained within a multitude of vessels. In contrast, our world is the opposite of unity. It has such great diversity and such myriad details that here we are likely to forget the that everything originated from one source. At some stage, between the one Divine light and our own world, an inconceivable transition occurred; a quantum leap between unity and diversity. From this stage onwards, nothing would be the same. In order to generate this quantum leap, a breakage must occur (similar in a sense to atomic fission). This is a trauma that is ingrained in the very foundation of the world. The diversity that resulted from it challenges unity at its core. The ultimate goal is to reach a paradoxical state in which unity is experienced within diversity.

This breakage is illustrated through the allegory of a teacher-student relationship. Let’s imagine a great rabbi, an illustrious sage who wishes to impart of his wisdom to his young student. But the student’s mental capacity is worlds apart from the teacher’s mind. The teacher, experiences his knowledge as an all-encompassing light of wisdom. But, there is no way that the student will be able to integrate the rabbi’s wisdom and grasp it without the rabbi “breaking” his wisdom into tiny fragments. In this way, to the extent that his own intelligence allows, the student may gradually integrate some of his teacher’s wisdom. If the process is successful, the student will understand his teacher’s perspective, and sense the all-inclusive intelligence that encompasses all the details.

From Dissolution to Repentance

The Revelation at Sinai was the zenith of unity: the Jewish people arrived at the foot of Mt. Sinai as “a kingdom of priests and a holy nation.” They stood there “as one man with one heart.” When replying to the Almighty, the people replied in unison, “We will do and we will listen.” In fact, the entire world participated in this experience, standing in total silence while God spoke to the Jewish people. Such unity is fitting for the righteous: “and Your nation are all righteous.” Like the ministering angels who sing in a gigantic choir, they were “all holiness.”

The great light of the Ten Commandments descended upon the people, and their unity began to crack. “The entire nation came apart with their golden nose-rings.” Removing their nose-rings to create the Golden Calf was not only a physical act of removing jewelry, it reflected a state of inner collapse and decadence. The unity that they experienced while dancing around the Golden Calf was a display of false unity, that masked the general atmosphere of debauchery. Each individual sought to fulfill his own desires and lusts. With the festivities surrounding the Golden Calf, the nation decomposed into tiny fragments. As he descended the mountain, Moses heard the dissonant sounds coming from the camp. When he saw the extent of the collapse, he broke the tablets, reflecting the catastrophic shattering of the nation’s unity.

To extricate ourselves from the effects of the sin of the Golden Calf, Moses revealed the ability to repent. Even after such a dire communal sin, teshuvah is possible. But the world after the sin and subsequent repentance was no longer the same. We experienced the transition into a world of diversity, the world of people seeking to repent. In the world of repenters, each carries his or her personal burden. Each individual reflects their own hue of the original light.

Concealed within this diversity is a spark of unity. Our sages teach us that in the Ark of the Covenant, the shards of the first tablets were placed together with the two new tablets of stone that Moses later brought down from Sinai. The breakage received new significance. No longer was it an unplanned fall. It became “a descent for the sake of ascent,” which created an innovation: the ability to contain unity within diversity.

After the Golden Calf, Moses discovered the right moment to put in an exceptional request to God: “Inform me of Your ways.” God complied and revealed His Thirteen Attributes of Compassion. Before the sin we were only aware of God’s unity. We could not perceive His detailed attributes. Now, after our own transition from unity to diversity we perceive God in a new light. God’s unity can be perceived through His thirteen attributes of compassion. His singularity manifests through them, thus revealing His unity in the innumerable details of this world. This idea is most beautifully illustrated in the numerical value of “one” (אֶחָד), which is 13.

As with the teacher and his student, a new facet of wisdom appears after the breakage that was not previously apparent. The teacher succeeds in gleaning a variety of details from the initial, general light. The new details reveal a more elevated aspect of the unity of the initial wisdom. This is the benefit gained by Moses breaking the first tablets. As a result of the sin of the Golden Calf, God’s ways and His attributes are revealed to us. The one Torah that we received at Sinai reveals a rich fine structure. “God said to him [Moses], do not be upset over the first tablets, for they were no more than Ten Commandments but with the second tablets I give you the laws, the Midrash and the agadot.” As the verse in Job states, “He told you all the mysteries of wisdom, for there is [now] twice as much insight.” The new world revealed after the sin is a world that contains a double dose of wisdom. Unity has been revealed within diversity.

Lecture No. E_009 The Weekly Torah Portion of: Ki Tisah

The Song of the Angels Here on...

“Many are the sorrows of