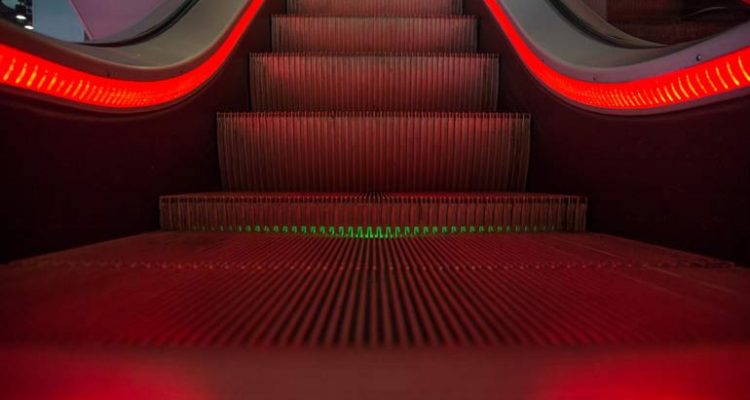 The sin of the Golden Calf comes upon us suddenly, after the pinnacle of spirituality experienced by the Jews—from a soaring peak to a cavernous valley. Parshat Ki Tisa is the descent for the sake of ascent.

What can we do after the sin of the Golden Calf? In the middle of Parshat Ki Tisa, due to a shocking incident, we are cast downward from the aerial peaks we had reached: the Exodus, the Song of the Sea, the Giving of the Torah, and the commandment to build the Tabernacle… Suddenly, such a fall? How can we continue after this?

In order to answer the question, we will pay closer attention to the order of the Torah portions. From the beginning of the book of Shemot, the Torah portions can be ordered in pairs: Shemot and Va’eira relate Moshe’s mission to liberate the Jewish people from Egypt. Bo and Beshalach describe the actual liberation. Yitro and Mishpatim tell of the Giving of the Torah. Terumah and Tetzaveh describe how the Tabernacle and its vessels were to be made and how the priesthood should be inaugurated. Finally, Va’yakhel and Pekudai conclude the entire book by relating the actual construction of the Tabernacle. It seems that only our portion, Ki Tisa cannot be paired.

It is known that the titles of the first portions of the book of Shemot form the acronym Shovavim (שובבים)—Shemot (שמות), Va’eira (וארא), Bo (בא), Beshalach (בשלח), Yitro (יתרו), and Mishpatim (משפטים). At times, the following two portions Terumah (תרומה) and Tetzaveh (תצוה) are also included to form the acronym Shovavim tat (שובבים תת). Following this pattern, we can add in our portion as well, whose precise name is Tisa (תשא), forming three consecutive tavs (תתת), Terumah, Tezaveh, Tisa. We are reminded that three consecutive tavs stand for: Torah (תורה), Prayer (תפילה), and Teshuvah (תשובה). Using Kabbalistic methodology, we can draw a one-to-one correspondence between these two sets of three tavs.

Parashat Terumah begins by describing the Ark that held the Tablets of the Covenant—the Torah (later on, a complete Torah scroll was placed either in or beside the Ark). The entire Tabernacle was made to surround and support the Torah that rested in the Holy of Holies, thus rendering it the name the Tabernacle of the Testimony (משכן העדות)—the testimony being the Torah found in the Ark of the Testament. We can also see a hint to the Torah in the name Terumah itself: Terumah (תרומה) splits into “Torah forty” (תורה מ'), hinting to the Torah that was given after forty days of Moshe being on Mt. Sinai. Quite clearly, the construction of the Tabernacle was an immediate continuation of the state of Mt. Sinai, with G-d continuing to speak to Moshe from above the Ark of the Testament. The central figure then of Terumah is Moshe, the receiver of the Torah, who was also personally instructed to build many of the Tabernacle’s vessels, “And you [Moshe] shall make a table….” Moshe was “the King’s [G-d’s] escort,” the escort who accompanies the king/groom—G-d, the Giver of the Torah.

But, parashat Terumah cannot remain alone without Tetzaveh. The Torah descends from on high and rests in the Ark, but at that point all is silent. What happens next? What role do we play in this story? Enter Aaron the High Priest, the central figure of parashat Tetzaveh, who breathes life into the Tabernacle. Now we enter the stage of service, the second pillar after Torah. For, while Torah descends from above, Divine service ascends from below—it is us turning to G-d. Aaron the High Priest is “the matron’s escort,” entrusted with bringing the bride—the Jewish people—to the groom—G-d. Aaron kindles the Jewish souls like he kindled the candles on the Menorah (also spoken about in the beginning of Tetzaveh). While the Tabernacle’s service in practice was conducted as prescribed in the Torah with sacrifices, the service began in the heart. This is a point demonstrated by the law that improper thoughts can invalidate a sacrifice, as well as by the breastplate—the most important of the priestly garments—covering Aaron’s heart. The inherent relationship between Divine service and the heart, leads to the correspondence between it and prayer. As the sages say, “What is service of the heart? It is prayer.”

What then is in Parashat Tisa? After committing such a grave sin, had the Jewish people just given up, they (and we) would have missed the point stressed in this parashah. “The Jewish people were not meant to sin [by the Golden Calf]. Why then did they commit the sin? To teach us that if a congregation would ever sin, they are told, ‘Go to that congregation [and see that it is indeed possible to repent, even after the gravest of sins]’” (Avoda Zarah 4a). Even with Torah study and prayer it is possible to stumble, the secret then of Parashat Tisa is that there is a life after the fall—there is teshuvah (repentance). The name of the parashah, “Tisa” appears again in the portion in the verse, “And now, if you [G-d] would carry their sins”—implying forgiveness, like the principles of G-d’s compassion, which can only be revealed after the sin of the Golden Calf—specifically, “[G-d] carries iniquity.” There is hope. Rectification is possible. Though the Tablets were shattered, a new set of Tablets will replace them.

Parashat Tisa is situated between the commandments to construct the Tabernacle and the priestly garments and their implementation, which culminated with the G-d’s Presence dwelling within the Jewish people, as described in the concluding verses of the Book of Shemot. The bond between the Jews and G-d through the Tabernacle is like the marriage of husband and wife—hinted by the cherubim that lovingly faced one another and underneath them the Tablets symbolizing a wedding contract. The name Tisa (תשא) is also linguistically related to marriage (נישואין)—a marriage that is only possible after repentance is added to Torah study and Divine service. In more depth, repentance is in its essence the recognition that we cannot help but unite with G-d, for if we do not, life has no purpose! As Moshe said, “If You will carry their sins, but if not, please erase me from Your book.”