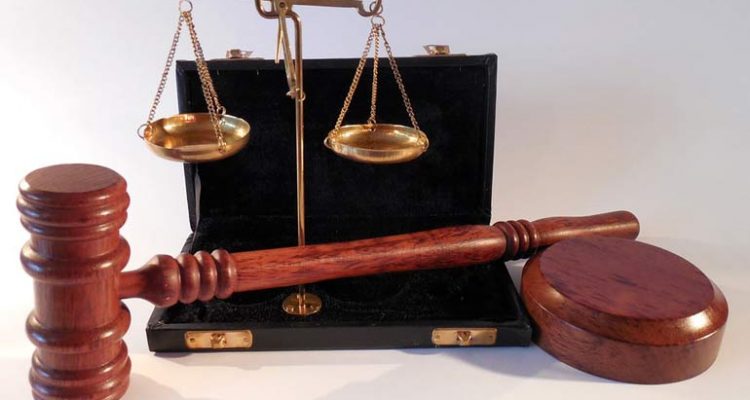 Jewish Law and the Secret of the Finite

Following the festive, yet awe-inspiring Divine Revelation at Sinai, the Torah portion of Mishpatim jumps straight in at the deep end of Jewish law. In this parashah, we make a sharp transition from the lofty world of spirituality directly into the criminal underworld.

Moses descended from Mt. Sinai with two tablets of stone. Five of the Ten Commandments were engraved on each tablet. As we saw in Parashat Yitro, the commandments are vessels that contain great spiritual lights. The descent from the heights of Divine revelation into mundane reality begins with the division of the Ten Commandments into two tablets. The first five commandments (on the right tablet) deal with spiritual generalities, such as faith in God and Shabbat observance. The second five commandments (on the left) descend into the practicalities of everyday life.

In Parashat Mishpatim, the descent into reality is more pronounced. For example, the eighth commandment is a general prohibition: “Do not steal.”[1] This is a general statement that includes the entire array of theft, from burglary to kidnapping.[2] In contrast, in Mishpatim we find the specific details of the laws pertaining to burglars, together with many other laws. Here, we learn that a thief must reimburse his victim with twice the value of the stolen item. If the item is livestock, he must pay a quadruple or quintuple fine for slaughtering or selling it. Parashat Mishpatim paves the way for the broad spectrum of details discussed in the Oral Torah.

There is a clear distinction between the momentous revelation of God in Parashat Yitro and the down-to-earth legalities of Parashat Mishpatim. They reflect two aspects of the Torah. Some individuals live on the spiritual peaks of Mt. Sinai. They might find it difficult to integrate the finer details of the law. Other individuals prefer legal give-and-take. They may never ponder the abstract lights of the Revelation at Sinai.

As different as they seem, both aspects of the Torah are one. They represent two sides of the same state of perfection. The immediate transition from Parashat Yitro to Parashat Mishpatim emphasizes this unity. Rashi on the first verse of the parashah comments,

What is the secret that unites the Torah’s spiritual and legal aspects?

Chassidut explains that at Sinai, God revealed His limitless nature. “When God gave the Torah, He opened the seven heavens for them, and just as He parted the upper ones, so He parted the lower ones, and they saw that He is the ‘Single One.’”[3] At Sinai, God temporarily withdrew the limitations of the mundane world to reveal His infinitude. The revelation was so absolute that the souls of the Jewish People, bound in their physical bodies, were unable to contain it. “With every commandment that God spoke, the souls of Israel left them.”[4] God miraculously returned their souls to their bodies, and they remained alive.

The Finiteness of God’s Infinity

The breathtaking revelation at Sinai gave us a glimpse of God’s limitless nature. In contrast, Parashat Mishpatim reveals His ability to be limited. To explain this sentence, we will touch upon a profound subject discussed in Kabbalah and Chassidut.

Human intellect is limited. By nature, we cannot perceive the essence of infinity. For example, we might imagine trillions of stars in the universe, but we cannot truly imagine an infinite number of stars.

Moreover, to the human mind, something limited cannot be simultaneously unlimited. This creates an existential paradox: if God is infinite, then He cannot be finite; therefore, His infinity is limited! Expressed more simply, if God is perfect, He must also be imperfect; but He cannot be imperfect, because he is the epitome of perfection! This defies human logic.

Kabbalah explains this conundrum by teaching us that God is the ultimate paradox of all paradoxes. By creating our reality, which is governed by limits, the Almighty demonstrates that His infinity is so all-encompassing that it contains finitude together with boundless infinity.

The Torah is the essence of God. It contains both aspects of His paradoxical nature: the finite and the infinite.

The Finiteness of the Laws of the Torah

God’s power of limitation manifests in the revealed dimension of the Torah. This reaches its apex in the monetary laws of Parashat Mishpatim. Someone who studies the fine details of halachah is occupied with the finite dimension of the Creator. Here at ground-level, the Torah’s legal dimension fashions our mundane life.

If you feel more inclined to studying Parashat Yitro than poring over a page of Talmud, you may be suited to studying Chassidut. The inner dimension of the Torah diffuses an aroma of unlimited spirituality. It aspires to reach the essence of God. We link to this boundlessness by studying Kabbalah and Chassidut, which deal with the infinite “Giver of the Torah.”

The revealed and concealed dimensions of the Torah are two sides of the same coin. When one is revealed, the other remains hidden from view. Yet, the greatest Torah scholars in every generation have always embraced both dimensions. Usually, one aspect is evident to all, while the other remains concealed. For example, there are Kabbalists who present books on Kabbalah in their lounge, while a large library of halachic literature lies hidden in an inner closet. As when God revealed Himself at Sinai, for such a sage, Kabbalah—the concealed dimension—is revealed and halachah—the revealed dimension—is concealed. In contrast, some of the greatest halachic authorities hide a vast collection of books on Kabbalah in an inner sanctum, which they also study in-depth. They are known publicly as teachers of the revealed dimension of the Torah, but in private, they are also students of its hidden aspect.

The great challenge of our generation is to unite the revealed and concealed dimensions of the Torah. We must study Talmud in depth, or a paragraph in the Shulchan Aruch, together with the relevant topics addressed by the inner dimension. We must also strive to study the revealed facets of the hidden dimension of the Torah. Our generation is required to unite Parashat Mishpatim with Parashat Yitro. By connecting the two paradoxical aspects of His Torah, we reveal how God is at once both infinite and finite.