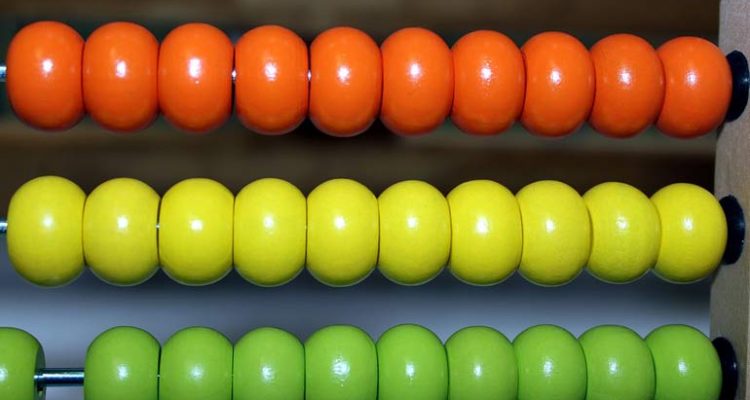 Parashat Pekudei deals with constructing the Mishkan (the Tabernacle). It begins by enumerating the weights of the precious metals that the Jewish people donated. By large, the donation was voluntary, however, every male between twenty and sixty years old was required to donate one-half of a shekel (a measure of weight) of silver. The total weight of silver served as an accurate census of the Jewish people. The parashah continues with a summary of the service of the Mishkan and its vessels followed by Moses’ blessing, “Moses saw all the work… and Moses blessed them.” Rashi explains that Moses blessed the people, “May it be [God’s will] that the Divine presence will dwell in your handiwork.” The parashah concludes with Moses assembling the Mishkan on the first day of the month of Nisan and the Divine Presence entering it, “The cloud covered the Tent of Meeting and God’s glory filled the Mishkan.”

The verses in the previous parashah (Ki-tisa) taught that the method of counting the people through their donation of the half-shekel was, “so that there should not be a plague when they are enumerated.” Rashi explains that “The evil eye has control over a census… as we see during David’s time [when King David census of the people resulted in a great plague].” In general, enumerating the people incurs spiritual danger. This manifests in the halachic ruling that counting a group of Jews is forbidden.

Measuring things is the opposite of blessing. The moment that something is measured, it becomes limited. This is how much there is and no more. In contrast, blessing is a bounty that constantly increases. God pours out blessing “until there is no suffice.” This idea is indicated by the letters of the word “bless” (בָּרֵךְ) whose values allude to exponential increase. The numerical values of each letter is 2 times an exponent of 10. The numerical value of the first letter, bet (ב) is 2 (2∙100), the numerical value of the next letter, reish (ר) is 200 (2∙102) and the numerical value of the final kaf (ך) is 20 (2∙101). Blessing relates to the flow of life that constantly increases. This is why we are forbidden to count people. Life is a constant influx of energy that cannot be measured.

Measurement is limiting. Once the grain has been measured, the pile can only reduce in size (through decomposition etc.). Blessing can no longer vitalize it. But, before it has been measured, it is still adaptable and open to change, because it resides in the unlimited realm of spirituality. From this perspective, measuring something puts an “evil eye” on it. Measuring bounty brings it into the realm of the revealed, limited and finite world of reality.

By the standards of classical mechanics, this approach is counterintuitive. However, anyone familiar with quantum mechanics will associate this idea to one of the most counterintuitive aspects of modern physics. Unlike the deterministic motion of the macroscopic world, the movement of elementary particles and their position cannot be measured simultaneously. The choice of which to measure lies entirely in the consciousness of the scientist; if he measures one, the other remains indefinable. As long as something remains unmeasured, it remains in the world of probability, where there is room for surprises. This is one possible explanation for the sages’ teaching that “blessing is present only in that which is concealed from view.”

The paradoxical concepts of measured quantity and blessing are not merely a definition; they are reflected in a certain type of mentality. There is a witty Chassidic claim that “A misnaged [opposer to Chassidut] is limited. A chassid is unlimited.”

Some individuals are constantly involved with setting limits. They relate to the limitations of halachah that defines their obligations and prohibitions. When they are involved in permissible acts, everything must be accounted for. Some people plan every step down to the finest details. They want to know how much they will earn, and what expenses they will incur, how much time it will take and the expected result. When overemphasized, this type of mentality is liable to preclude blessing. If everything is measured and calculated, you leave no room for surprises – so you won’t find any…

In contrast, the definition of a chassid is someone who acts ex gratia, i.e., beyond the limits of the law. His love of mitzvot and his wish to glorify them, are so compelling that he may forfeit his money for a mitzvah even when it is not compulsory. His concern for his fellows may override his own comfort. When we refrain from pricing our every act with a narrow “evil” eye, something remains “concealed from view.” This type of mentality leaves more room for blessing. When one acts with abundance and blessing, God reciprocates by pouring down blessing from above.

When we consider the Torah’s general attitude towards counting people, Moses’ blessing and the Divine Presence entering the Mishkan are puzzling. The Zohar questions their juxtaposition to the census, which seems to indicate that these two positive phenomena are a direct result of counting the Jewish people. How is the census in Parashat Pekudei so positive? The Zohar offers the answer:

Elsewhere, the Zohar explains that blessing was present in the work of the Mishkan because the account was taken by Moses himself, as stated at the beginning of the parashah: “that was enumerated by Moses.”

On the “side of holiness,” counting does not contradict blessing. But, in order to reach that level, we need to bring Moses into the picture. To explain this level, let’s now quote the abovementioned Chassidic saying in full: “A misnaged is limit. A chassid is without limit. A rebbe is unlimited within the limits.” The level of a chassid is not the ultimate goal; in it is a measure of chaos. Despite his sincere piety, seeing too many numbers makes a chassid depressed. For him, numbers reflect the evil eye that blocks blessing. But, there is no avoiding them. God created numbers and all the minutiae of the Shulchan Aruch (Code of Jewish Law), so they must have a purpose.

Unlike a chassid, a true rebbe (like Moses) is not deterred by the myriad numbers and precise details. The rebbe counts and enumerates, weighs and measures, yet, he retains his innate sense of the unlimited. He continues to draw unlimited blessing into the finite limits of reality. A rebbe annuls his will to that of the Almighty. This point of selflessness, or self-nullification, manifests, even at the level of the most precise details.

Moses’ eyes see the exact weights of the donation to the Mishkan as “the side of holiness” that is completely nullified to its Divine source. In this way, the enumeration becomes a suitable vessel for unlimited blessing, bli ayin hara, “without the evil eye.” The unlimited Divine Presence can thus reside within the limitations of the Holy Mishkan. Moses' calculation of the census by the silver half-shekels is not only “atonement” that protects the people from evil. It is the origin of abundant blessing.

The name of the Parashah, Pekudei (פְּקוּדֵי), means “This is the census.” In the Torah, the same root (פ־ק־ד) also relates to consummating an intimate relationship. This can refer either to God's Divine providence over His people, or the relationship between a man and his wife. The motto of redemption in Egypt was “He will surely redeem you” (פָּקֹד יִפְקֹד). When God redeems His people, He takes a census of them, provides for them, watches over them and calls on them as a husband calls on his wife. His presence manifests as infinite blessing.

This was the essence of Moses' blessing to the Jewish people, “May it be [God’s will] that the Divine presence will dwell in your handiwork.” 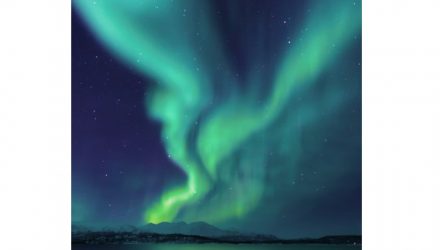 At the beginning of the Torah portion of Pekudai, Moses gives a detailed accounting of the money donated to the Tabernacle. Every Jew gave half a shekel

Lecture No. E_010 The Weekly Torah Portion of: Vayakhel –