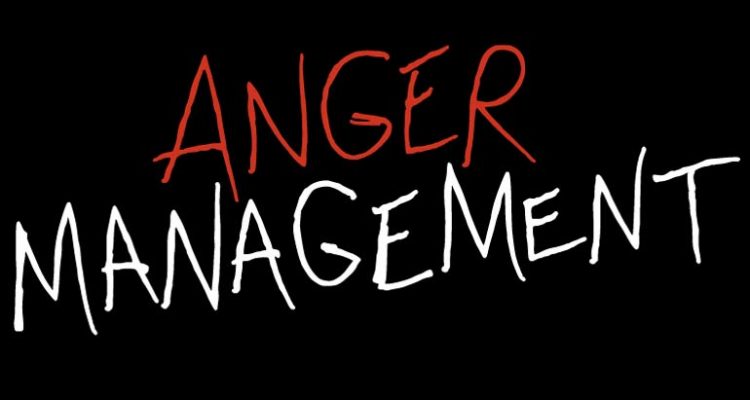 Parshat VaYakhel opens with the command to keep Shabbat. This command concludes with the injunction: "Do not kindle a fire in any of your dwelling places on the Sabbath Day." Listed in the Mishnah are thirty-nine prohibitions pertaining to Shabbat. Among them, the prohibition against kindling a fire merits a command of its own.

On Shabbat, the courts are not permitted to carry out capital punishment:

"There is no punishment on Shabbat, as it is stated, 'Do not kindle a fire in any of your dwelling places on the Sabbath day.' This is a warning for the courts of law not to punish on Shabbat one who has incurred the punishment of burning; this is the law for all other penalties as well." (Maimonides: Mishnah Torah, Laws of Shabbat)

The root of the mitzvah not to punish on Shabbat stems from God's desire to honor this day, so that all people should have a day of rest, including sinners and those who deserve capital punishment. This can be compared to a king who invites everyone in his kingdom to a feast, without preventing anyone from entering. But, on the day following the feast he metes out judgment. Similarly, God commands us to honor and sanctify Shabbat for our own benefit.

The sages even prohibited monetary judgments on Shabbat (owing to the prohibition of writing on that Holy Day). Thus, Shabbat is a day without judgment, a day of "complete rest—a healing rest." As we recite in the minchah prayer of Shabbat, "A day of rest and holiness You have given to Your nation…a peaceful, serene, and secure rest." Shabbat is etymologically related to the root "restfulness" (ש־ו־ב), as in the verse from Isaiah: "In restfulness [בְּשׁוּבָה] and ease will you be redeemed."

In the opinion of certain halachic authorities, even zealots, who may act outside a court of law under specific circumstances, are prohibited from doing so on Shabbat. From this we learn that as a rule, Shabbat is not a day of zealotry, even when it appears in a positive context.

The aforementioned laws teach us about the nature of Shabbat as it should be experienced by every Jew in every Jewish home. Shabbat is a day of loving our fellow Jews without negative judgment and without strife. Even justifiable criticism can wait until Shabbat is over (by which time it may become clear that the criticism is not justified after all).

On Shabbat, here on earth is not the only place where judgment takes a vacation. The sages state that even in Gehinnom (Hell) there is no fire on Shabbat. This does not only provide esoteric information about the world of souls. It is a pertinent lesson for our personal lives. The fires of anger are liable to destroy everything dear to us and we must refrain from igniting them, especially on Shabbat. The Zohar compares one who is angry to one who lights the fires of Gehinnom. This is the deeper meaning of the verse "Do not kindle fire in any of your dwellings."

The Shabbat day should be graceful, full of loving-kindness, peace and abundant love, because then, even the wicked rest in Gehinnom. Therefore, one who exhibits anger on this day sins doubly. "Do not kindle fire in any of your dwelling places on Shabbat" symbolically teaches us to avoid discord and anger. One must be extremely careful to avoid anger from midday Friday and onward throughout Shabbat, which is thirty-one hours. This is the meaning of the verse "Do not kindle fire." The numerical value of "Do not" (לֹא) is 31.

According to the Holy Shlah,[1] we must guard ourselves from anger for the six hours preceding Shabbat (from midday on Friday) and the following twenty-five hours from the commencement of Shabbat until its conclusion. As Shabbat draws closer, tension mounts: there is so much to be done! In many households some tasks are only completed at the last minute. These moments of intense pressure may ignite quarrelling. This is the time to take a deep breath, be gentle, and speak softly. Indeed, the sages teach us that last-minute reminders before Shabbat should be conveyed calmly. The Talmud states, "most pots are boiling as Shabbat commences." As Shabbat approaches we must be mindful that they are boiling with steamy dishes in honor of Shabbat. Any tension we feel inside should be kept under the lid to prevent it from boiling over.

Anger is a particularly bad trait and one should distance himself from it to the extreme opposite. (Regarding other traits, he advises us to take the "golden mean.") One should train himself to avoid anger even when it seems justifiable. Nevertheless, if it is necessary to instill fear in members of the family, or the congregation, in order that they rectify their behavior, he may appear to be angry, while inwardly remaining calm, acting as someone who is angry, without being angry himself. The early sages taught that an angry person is likened to an idol worshipper. Furthermore, they said that the wisdom of a wise person dissipates when he becomes angry, and the ability of a prophet to prophesize dissipates when he becomes angry. The lives of angry people are not life. Therefore, they taught that one should distance himself from anger until he no longer experiences a trace of anger even when it is justifiable, and this is the good path…

In the name of his teacher, the Holy Arizal, Rabbi Chaim Vital condemned anger:

My teacher was stricter regarding anger than any other sins, even when it relates to a mitzvah… because all other sins negatively affect a particular limb, while anger affects the entire soul and substitutes it completely… when one yields to anger, his holy soul departs completely and an unholy soul takes its place…

The author of the book Toldot Yaakov Yosef was a disciple of the Ba'al Shem Tov. He had a tendency to become aggravated. The Ba'al Shem Tov told him that on any day that he became angry, he should not innovate Torah insights, because his soul had temporarily left him.

But if anger is so deplorable, why do we need a special warning not to become angry on Shabbat?

It should be emphasized that the obligation to prevent a fellow Jew from sinning certainly applies to Shabbat, as well. The mitzvah to "reprove your fellow Jew" requires a degree of anger that stems from concern for our brothers. (In fact, the Alter Rebbe, Rabbi Shneur Zalman of Liadi teaches that in Heavenly matters, one must protest with indignation and anger against his erring friend.) On the other hand, when there is no instant need to prevent a transgression, but rather an educational need, on Shabbat it is better done with a pleasant demeanor. This is in accordance with the fact that the courts do not judge on Shabbat. When anger is called for, it should come from a place of inner peace: "One should give an appearance of anger with his mouth and his limbs, as if he is angry, but not be angry in his heart" (as Maimonides wrote). On Shabbat, however, there is no call for even a pretense of anger. We learn this from the verse "Do not kindle fire in any of your dwelling places on the Sabbath day," on Shabbat refrain from anger even in your dwelling places—even when it derives from a settled mind…

The same negative anger that we always avoid must be avoided even more carefully on Shabbat. In addition to the innate negativity of anger, becoming angry on Shabbat or at its onset, detracts from the positive influence of Shabbat. Anger is liable to cause wisdom and prophecy to dissipate. The additional Shabbat soul certainly has no place in an angry person. The laws of Shabbat enjoin us: "Do not speak on Shabbat in the same manner in which you speak during the weekdays." Even permissible speech should be more refined on Shabbat

The Shechinah (Divine Presence) is especially present in the Jewish home on Shabbat. "If a husband and wife are worthy, the Shechinah dwells between them." The most desirable union between husband and wife is on Shabbat. Conversely, there is nothing more destructive to peace in the home than anger; "If a husband and wife are not worthy, they are consumed by fire (of anger)." Therefore, on Shabbat, we must be careful not to allow a trace of anger to damage marital harmony. The mitzvah of lighting Shabbat candles is an example of the holy fire of love that counteracts the consuming fire of anger and enhances peace in the home

In Jewish psychology, anger is the most dangerous of all negative character traits. It must be treated thoroughly and intensively. Treatment may begin on Shabbat and extend throughout the week. In the Zohar, a Torah scholar is sometimes referred to as Shabbat. This is because he manifests the holiness of Shabbat all week. Everyone can (and should) be inspired by the sanctity of Shabbat throughout the week. When anger threatens, take a deep breath and remember the serenity of Shabbat in which anger has no place. With God's help, this will enable us to overcome anger and conduct ourselves with a calm and even temperament.

Just as there is revealed anger, there is also concealed anger. The fine root of anger is in allowing oneself to become upset with somebody or something. If someone is dissatisfied with his circumstances in life, he may blame the people around him, ultimately accusing God Himself. He doesn't approve of the way in which God is running his life or the world in general. This is the nature of anger: I have expectations which originate in my imagination, but reality doesn’t live up to them. What a chutzpah! I begin to get hot under the collar until I reach boiling point, and those around me get scalded… Therefore, one who gets angry is compared to an idol worshipper. He lacks faith that God gives him all that he needs and all that He does is for his complete benefit.

On Shabbat we derive divine pleasure, experiencing faith that everything is as it should be. "Heaven and earth were completed… God completed his work on the seventh day." "What was the world missing?" Rashi asks, and he replies, "Rest. When Shabbat arrives, rest comes with it, all work is finished and complete." There is no longer room for anger. On Shabbat we can cleanse ourselves completely of anger and its roots, to enjoy "a peaceful, serene, and secure rest." 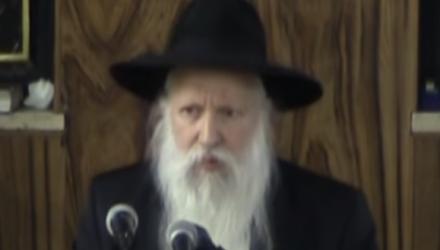 Vayakhel – Pekudai: Drawing Down the Di...

Harav Ginsburgh explains how the will to bring a personal offering draws the Divine Presence down on our heads, even during the time of exile.

Lecture No. E_010 The Weekly Torah Portion of: Vayakhel –