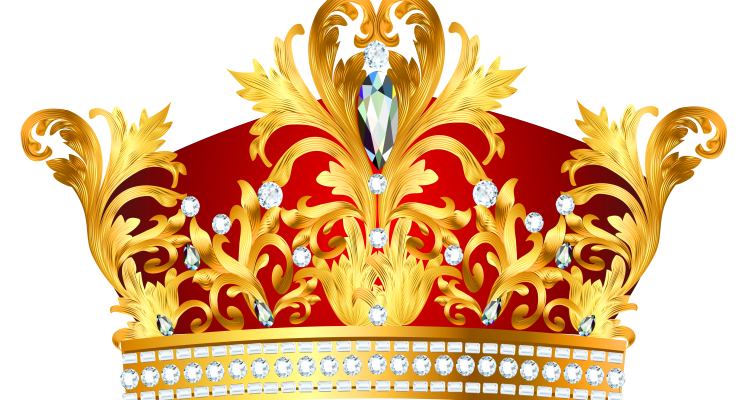 Bereishit: The World Needs a King

The Torah opens with the word “Bereishit” (In the beginning) but doesn’t tell us in the beginning of what. There are commentaries that write that this is an abbreviated form, because it is clear that the Torah is referring to the beginning of time. Another approach is to look at how this word is used elsewhere in the Bible.

Kabbalah teaches that malchut is the root of time and the ultimate goal of creation is to make God king. The world that had just been created was in a chaotic and unstable state. The threat of collapse and chaos hovering over the world portended the danger of disintegration. The law of entropy threatens to slowly break up the foundations of the world so that over time, from generation to generation, reality degenerates and returns to chaos.

In order to prevent that degeneration, the world needs a king, whose first role is to support and gather the people[5]   – and stop the disintegration into tribes and individuals.

The essential need for a king to prevent reality from degenerating is at the very opening of the Torah. Based upon this, the Zohar teaches that the rectification of the nation is contingent upon the king. A society that does not have a worthy king at its head – even if it is comprised of completely righteous people – will eventually degenerate and fail.

The void at the center of society – at the point that unites the people around it – must be filled by a leader. When a worthy leader does not step up, “the other side,” i.e., the negative, fills the void.[6]  Then it is not a king who leads the nation, but rather, a person who is motivated by his craving for control. He conducts himself according to opinion polls and public trends (as the sages said, that before Mashiach comes, “the face of the generation will be like the face of a dog.”[7] The metaphor means to say that just as dog runs before his master, as if he was the leader, but when they reach a junction, he waits to see which way the chariot will turn, and then again takes his place at the head of the entourage), so the leaders will not really lead the people but constantly look back to see what “public opinion” says, and then make their next decision. An unworthy leader like this does not prevent the degeneration of the nation. Instead, he attempts to get along with everyone and rule the nation by juggling between the different interest groups. This lack of leadership combined with the lust for control compromises the leader’s ability to act solely for the good of the nation. It even creates situations in which he will endanger the nation in order to preserve his control, exposing the nation to precarious situations. In this state, even if all the individuals of the nation will attempt to work on their individual rectification, there is no chance for the people as a whole (and thus, not for the individuals, either) to achieve rectification and stability.

Chassidut teaches[10] that one of the reasons for creating the world, is God’s will to manifest His kingship. As the sages say, “there cannot be a king if there are no people.” Conversely, just as “there cannot be a king if there are no people,” so “there cannot be a people if there is no king.” The essence of the nation is in the fact that it accepts the rule of the king. Thus, when the Nation of Israel is not rectified, when there is not the stable reality of a united nation that relies on the king, then there is no one to properly take upon himself the yoke of the kingdom of Heaven, and thus, the ultimate purpose of the creation of the world – so that God will have a nation to rule over – is not realized.

When contemplating the rectification of the kingdom, we must consider the essence of the worthy king and his personality. The world needs kingdom and a regime in order to maintain reality. But the kingdom itself is contingent on the king[11]. The king is the head of the nation and his persona brings about the rectification of the kingdom, the nation and all reality. At the beginning, the King upon whom all of reality is contingent is God. The rectified king must be like his Creator, as He appears at the beginning of creation [for the entire kingship of the rectified king stems from the kingdom of God and draws it down into reality, as the Zohar says of the mitzvah to appoint a king: “Appoint, you shall appoint a king over you”: The first “appoint” refers to Above (making God king). The second “[you shall] appoint” refers to below (appointing a human king)[12]].

Kingdom is based on definition of borders, on order and on discipline. The foundation of all the above is judgement. These traits are necessary for internal leadership of a state, but are even more necessary when the kingdom faces its external enemies. Kingdom is established in order to unite the nation and to safeguard it from evil. The king must be brave and very assertive against the enemies of his nation. (In the Bible we see that the request for a king[15] and his actual appointment[16] is always connected to the need to fight Israel’s enemies and to the king’s success at doing so).

It is only after the construction of the kingdom from judgment, after the king has established himself with the proper might and assertiveness, that the objective for which the kingdom was established: benefit and kindness for the nation – can be actualized. (The goodness that the king showers upon his nation, the nation of Israel, overflows to all the nations of the world). After the kingdom is built with might, it becomes a vessel to draw down loving-kindness – when the king manifests his great compassion over his people.

The king for whom we hope and yearn in our generation – the king Mashiach – reaches the summit of unification between judgment and compassion. The King Mashiach is described as, “chadrach”[17] because he is “chad” (sharp) toward the nations of the world and afterwards “rach” (soft) toward Israel[18]. Moreover, just as with the king, the might precedes the loving-kindness – and the Divine Name of judgement, Elokim precedes the Name of loving-kindness, Havayah, in the account of creation – so it is in history. In the first generations, the kingdom of Israel was founded principally on might. But the last king, the King Mashiach, turns much more toward loving-kindness so that his judgements are sweetened from the very start. His action to, “compel all of Israel to walk in its ways (of the Torah) and to rectify its breaches in observance… and fight the wars of God” [19] will be accomplished with pleasantness and light that will repulse the darkness.

[11]  In the future, when the verse in Isaiah 60:21 “And your nation are all righteous, they will inherit the land eternally” will manifest, everyone will literally be with God: “And I will be for them a God and they will be for Me a nation. And no longer will one teach his friend and his brother, saying, ‘Know God’, for all will know Me from their small children to their adults…” (Jeremiah 31:33) and the verse “For the earth will be filled with knowledge of God like water covers the sea” (Isaiah 11:9) will be fulfilled. At that point, the king will not be the ultimate judge and policeman, but will rather be a source of inspiration and study. There will no longer be any need for “judges and police” (Deuteronomy 16:18) but rather for “your judges …and your advisors” (Isaiah 1:26), until the King Mashiach will return the kingdom to God alone, “And Havayah will be king over all the earth” (Zechariah 14:9) and “all Israel” will be His emissaries for the rectification of the world.

Q: How can the Rabbi

In the Torah portion of