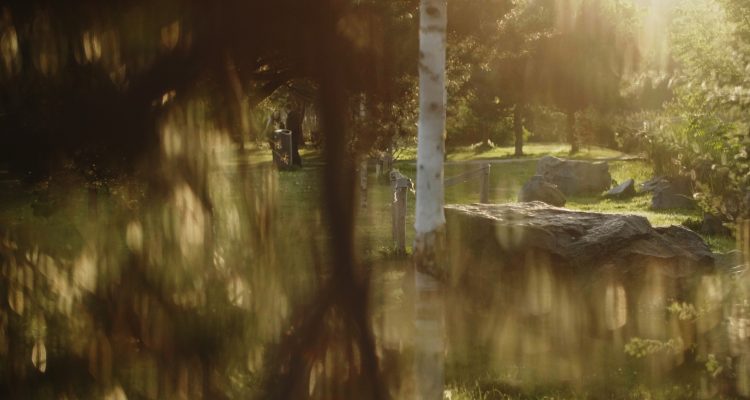 From the Garden of Eden to Mashiach

The story of Adam, Eve, and the primordial snake in the Garden of Eden sets the stage for all human history. In this short article, we will explore the roles that Adam, Eve, and the snake play in our individual psyches. When we focus on the rectification of the levels of consciousness that they correspond to, we bring redemption both to ourselves and to the entire world.

The Stage is Set

All of Torah and the entire course of history develop along the lines of the first human drama that occurred in the Garden of Eden in the form of the sin of Adam, Eve, and the primordial snake. Kabbalah teaches us that these three basic agents represent three levels of consciousness: the seats of the mind, heart, and liver, respectively. The mind, represented by Adam, is abstract, purely intellectual consciousness. The heart, represented by Eve, is the seat of emotional consciousness. The liver, represented by the snake, is pragmatic; it represents the conscious evaluation of the corporeal profits versus losses that stem from our actions.

What’s Behind the Decisions We Make?

The great Talmudic commentator, the Maharshal, explains that there are three motivating considerations behind the many decisions we make:

The initial letters of these three words in Hebrew spell the word for “reason” (טַעַם) or “motive.” In Hebrew, this word also means “taste,” suggesting that when we make choices, we should be able to taste the motivation behind them. These three considerations that motivate our decisions can be described as our own personal Adam, Eve, and snake. Each consideration, and its motivation, represents a separate level of our consciousness.

The origin of considering whether something is good or not as a motivator for our decisions can be found in our intellect, particularly in our faculty of wisdom (chochmah). At times, we cannot completely define what “the good” is, yet we still have a sense that pursuing a particular decision will be good. This consideration corresponds to Adam.

Deciding to pursue a particular choice because it is pleasurable originates in the heart, which is associated with the sefirah of beauty (tiferet). As a faculty, beauty attracts us because the closer we are to it, the more pleasure we expect to feel. The anticipation of potential pleasure is seated in the emotions of the heart, which are also described as the understanding (binah) of the heart. This consideration corresponds to Eve.

Finally, the origin of the pragmatic consideration for our choices can be found in what the sages describe as the liver. In this context, the liver is considered the seat of knowledge (da'at), the power to connect to reality. When exercising this faculty, our consciousness senses the immediate possibility of profit or loss that stands to be made from a particular decision. The snake corresponds to this pragmatic mode.

In Hebrew, the initials of the words for “mind” (מֹחַ), “heart” (לֵב), and “liver” (כָּבֵד) spell “king” (מֶלֶךְ). The order is essential: when the mind rules over the heart and the heart rules over the liver, one can lead one’s life like a rectified king ruling over his domain. The problems start when the order is disturbed. If the snake had not seduced Eve (who went on to seduce Adam), he would have remained in his natural position, subservient to both of them. In this position, the snake would have been the greatest servant of mankind. This is the explanation for why the value of "snake" (נָחָשׁ) is 358, the same as “Mashiach” (מָשִׁיחַ). This alludes to the very high potential of the snake when he is subservient to Eve, the heart.

The Heart of the Drama

The numerical value of “Adam” (אָדָם), “Eve” (חַוָּה), and “snake” (נָחָשׁ) together is 422. When added to “mind” (מֹחַ), “heart” (לֵב), and “liver” (כָּבֵד), whose value is 106, the sum of all six words is 528. 528 is the triangular value of 32, meaning that is the sum of the integers from 1 to 32. But once again, 32 is the numerical value of “heart” (לֵב). From this numerical value we learn that the heart, represented by Eve, lies at the center of the drama that is constantly taking place in our souls. The heart is the central axis of the interplay between Adam, Eve, and the snake, and the central axis around which our lives revolve. The essence of free choice is found in the heart and it is the heart that has the ability to distinguish between holy and pure pleasure, and impure pleasure. When Eve, the pleasure principle, succumbed to the seduction of the snake, the snake knew that his venom would also ultimately infect the mind, represented by Adam, and contaminate it.

According to Chasidic tradition, the three levels of the psyche represented by Adam, Eve, and the snake, also represent the development of history and the rectifications achieved at each stage. The first stage begins with the Giving of the Torah at Mt. Sinai. During this time, the Torah’s revealed dimension was developed as much as possible. It was the Torah’s revealed dimension that guided world Jewry throughout the centuries until the appearance of the Ba'al Shem Tov. It represents Adam and the intellect (and mind). The rectification of the mind is a lengthy process. As a result, “Adam’s” time spanned many centuries. Though there were some revelations of the Torah’s inner dimension during this time period (such as the Zohar and the teachings of the Arizal), they did not influence the general Jewish population but were reserved for the few scholars whose high spiritual level permitted them to glean wisdom from these esoteric teachings.

The revelation of the Ba'al Shem Tov and his disciples ushered in a new era in the rectification process. This time it would be the rectification of the heart. The source of the teachings of the inner dimension of the Torah is very high and very deep. This allows these teachings to reach the farthest extremes of the world. By revealing the innermost point of the heart, the teachings of the Ba’al Shem Tov can overcome the evil force that seduced Eve in the Garden of Eden. The rectification of Eve will usher in the time of Mashiach, the era of Chassidut. It is then that the evil aspects of the primordial snake will be eradicated, its inner essence will be elevated and rectified, and the snake will become man’s greatest assistant.

The Arizal states that God began creating reality from the middle point. The great Kabbalistic masters question this statement: The beginning of creation is absolute infinity, so how can it have a middle point? The Chasidic answer is that the middle point of reality is actually the origin of the heart. The heart is the seat of choice, the benchmark of creation. It is here, in the heart, that God chooses to reveal His very essence. Eve's name, Chavah, means “experience” (חֲוָיָה) as well as “expression” (לַחֲווֹת דֵּעָה). God desires that His infinite being, as it were, be both experienced and expressed in the innermost point of our hearts.

Our era is the era of the rectification of the heart, opening its innermost point to experiencing God’s infinite being. This experience of the inner dimension of the Torah is what the Mashiach will bring. By revealing the experiential dimension of Torah, the Mashiach will eradicate the snake’s falsely advertised “experiences” and transform its inner essence into something positive, making it possible for the snake to be like a seat or basis for all that is good.

Photo by Mitchel Boot on Unsplash