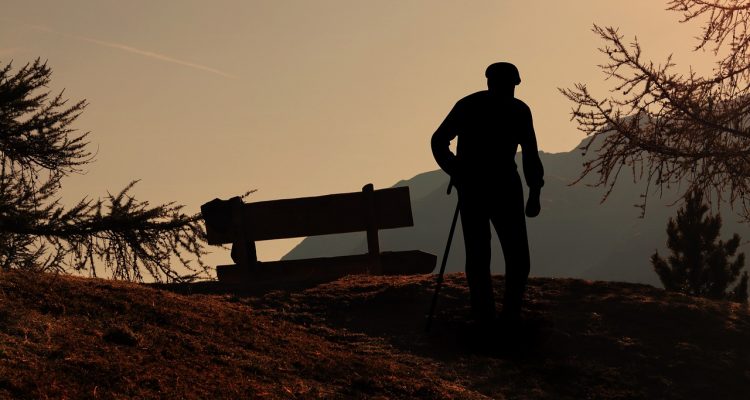 Who doesn’t want to be young forever? Many people don’t like the older face staring back at them in the mirror. They fight their wrinkles and their white hair and dream of the fountain of eternal youth. Abraham, however, teaches us a lot about youth and advanced age.

Abraham is the first old man in history. True, many people lived very long lives before him, but the adjective “old” appears first in the Torah regarding Abraham: “And Abraham was old, coming of days.”[1]  The sages say that until Abraham, there was no such thing as being elderly. Aging did not change one’s appearance. “Until Abraham, there was no aging, and a person who wanted to speak with Abraham would speak with Isaac (who was identical to Abraham). Abraham came and requested mercy and there was aging.[2]”

There is something good about being able to discern the differences in ages, and in the status of a “golden ager”. Old age makes it possible to relate to a person’s life experience, the wisdom that comes from having seen and experienced life’s ups and downs. Old age beckons respect, which it certainly deserves, “And you shall honor the face of an old man.”[3]

In Hebrew, there are two words for old age: Ziknah and seivah. Literally, seivah means “white hair.” Seivah first appears in the Torah regarding Abraham: “You shall be buried in a good old age (seivah).[4]” In fact, the numerical value of Avraham Avinu equals seivah!

Abraham was called “old” and having “seivah” at an advanced age. The mishnah in Pirkei Avot, however, says “Sixty years old for ziknah, seventy years old for seivah[5].” At the age of seventy, we complete both ziknah and seivah. There is no reason to be embarrassed by white hair and certainly not by a white beard. “Rabbi Shimon Bar Yochai says, “Beauty and strength, wealth and honor, wisdom and ziknah and seivah and children is fitting for tzaddikim and fitting for the world.[6]” Seivah, white hair, is like a crown on the head. The crown, however, looks pitiful on the head of someone who is preoccupied with meaninglessness and is desperately attempting to restore his youth. It is fitting only for the old person who has acquired wisdom and good deeds. “The hoary head is a crown of glory, it is found in the way of righteousness.”[7] The Malbim on this verse explains: “But this crown will only be found in the way of righteousness, for then all who added days added mitzvot and good deeds.”

On a deeper level, the first seventy years of our lives are the period of emotions. The seventy years parallel the seven attributes of the heart (represented by the seven sefirot from lovingkindness to kingdom). By the beginning of the eighth decade, a person is mature to move from the world of emotions to the world of intellect, which is less influenced by stormy emotion. Emotions are colorful, turbulent and alive. Pure intellect, by contrast, is more likened to black and white. Thus, when the white hairs conquer our heads, it points to this black-and-white stage of life.

The Dew of Youth

Often, the concept of old age is associated with heaviness and inflexibility. Nothing seems new and there seems to be no reason to rush.

There is, however, an additional, complementary side to Abraham. Even when he was old, he was always quick. In the wondrous description of Abraham’s hosting of his angelic guests, the Torah says, “And Abraham ran…And Abraham hurried.[8]” And in the Binding of Isaac, “And Abraham rose early in the morning.[9]” Abraham’s name אברהם can be permuted to בא מהר “He came quickly.” This quickness, however, is not haphazardness, but unequaled alacrity – “The alacritous are the first to do mitzvahs”[10] (a rule in Jewish law that we learn from Abraham).

Chassidim say that there is no such thing as an old chassid. As soon as he is old in his way of thinking, he is no longer a chassid, but an old man. A person of advanced age like Abraham will always be young. In the chapter of Psalms[11] dedicated to Abraham it is written “to you is the dew of your youth.” Abraham, who has both ziknah and seivah remains eternally youthful. He never gets out-of-date. While he is of advanced age and settled, he manages to retain the fresh dew of youth, an old child who is always vigorous.