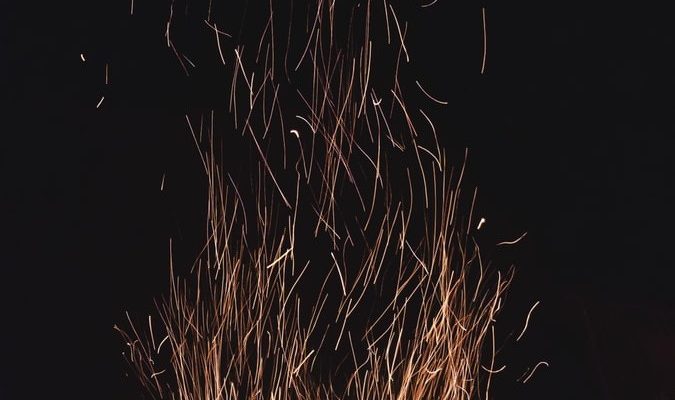 How to Elevate Sparks in Three Steps

A Chassidic Perspective on the Torah portion of Lech Lecha

Abraham’s Descent for the Sake of Ascent

At the beginning of the Torah portion of Lech Lecha, immediately after Abraham and Sarah reach the land of Israel, they are forced to descend to Egypt as a result of the heavy famine in the land. The descent of Abraham to Egypt and his subsequent return is considered, an action of the patriarchs that serves as a sign for their offspring.[1] It is the first preparatory step that paves the way for the children of Jacob to eventually descend to Egypt and to ascend from there—and not to be swallowed up in Egypt’s 50 gates of impurity. (The second preparatory step is Joseph’s descent. Joseph remains in Egypt with the Children of Israel until the Exodus).[2] Abraham and Sarah’s descent is the first and most exemplary in the Torah and is the archetype for the “descent of the tzaddik” – a topic that is discussed at length in Chassidic literature. The tzaddik indeed descends for the sake of a subsequent ascent,[3] in order to elevate sparks that fell all the way down to the symbolic, “nakedness of the land.”[4]

“When he drew near to come to Egypt, he said to Sarai his wife, ‘Behold please, (hinei na) I know that you are a woman of beautiful appearance.’”[5] The Ba’al Shem Tov[6] says that the word na (נָא) in this verse is seemingly extraneous, and alludes to the elevation of the sparks by Abraham.

Since Abraham descends into the lower worlds for the purpose of an ultimate ascent and elevation, the Ba’al Shem Tov taught that Abraham’s thought that Sarah was a beautiful woman, was improper (or, “foreign”) considering his spiritual stature. A foreign thought usually refers to a thought related to immodesty or idolatry (corporealization of God) and if it somehow appears in the mind of a tzaddik, where it certainly was not prompted by the tzaddik himself, it serves as a warning that the tzaddik is in impending danger; he is in a descent into the impure husks that threaten to swallow him up. Thus, when Abraham suddenly noticed that his wife was beautiful and a thought of the evil inclination awakened in him[7] (the source of which is certainly not in him or in his righteous wife Sarah, as would be possible with ordinary people), he knew that the way to deal with the danger was to identify the spark concealed in the foreign thought and to elevate it to its root, thus sweetening the harsh judgment.

It is the word na (נָא) that symbolizes this service of elevating the spark to its root. The nun alludes to the descent of (a spark) of the Shechinah (God’s indwelling Presence) all the way down, 50 (the value of the letter first letter: נ) levels from its root. Likewise, Egypt was immersed in 50 (נ) gates of impurity. In Egypt, God had to save the people of Israel when they were at the 49th level – before they sank to the fiftieth level – because before the giving of the Torah they were not capable of climbing back out of this depth of impure husk. Following the giving of the Torah, however, a person who sinks to the fiftieth level can ascend even from there. Here, we see that Abraham was able to elevate the sparks that fell fifty levels from the source of their vitality. For him, even the most ethereal and fleeting thought about his wife’s beauty is considered a falling of the spark down to the lowest level. The second letter of the word na (נָא), the alef, alludes to the source of vitality, “the aluf (Master) of the world.” Thus, the word na alludes to the elevation of the spark that fell 50 levels back to its root and source in the first alef, at its highest level.

Unifying the Subject and the Object

The elevation of the sparks as taught by the Ba’al Shem Tov is the secret of the unification of awe and awesomeness (יִחוּד יִרְאָה נוֹרָא),[8] which in Chassidic philosophy represents the unification of the subject (the person feeling, in this case, Abraham) and object (the spark that was to be uplifted from its fallen state). This unification itself follows the Ba’al Shem Tov’s famous three-stage formula of transformation: submission, separation, and sweetening. Let us see how:

First, the person who experiences a lowly reality must realize that a spark of the Shechinah is concealed within it. One experiences awe at the thought that a spark of the Shechinah has fallen to a place of such impurity. The awe fear should be accompanied by a sense of deep submission, out of concern that perhaps it is he himself who caused the Shechinah to fall to such a lowly place. Perhaps it was he who, with the foreign thought, had – to use the powerful image used by the Tanya – “forced the king’s head into a filthy latrine,”[9] all against the King’s will, thereby making God into a metaphoric, “king bound in [or, by] thoughts.”[10] Even with regard to a tzaddik who regularly elevates sparks, every foreign thought is like the descent of the Shechinah, the secret of which is encapsulated in the verse, “Seven times a tzaddik falls [the fall of the seven attributes into seven types of foreign thoughts and lusts].”[11] Thus, even a tzaddik can blame himself for this fall.

The individual’s awe and submission catalyze a separation between the holy spark and the impure surroundings in which it is trapped. King David describes this separation and freeing of the spark with the words, “All the perpetrators of iniquity shall be scattered.”[12] The holy spark that was trapped in the foreign thought is now free to ascend back to its lofty place.

Finally, once the spark is freed from its lowly surroundings and ascends, a unification takes place between the person’s experience of mundane awe (in Abraham’s case, and more often than not, an actual feeling of dread) and the objective, supernal, and heavenly awesomeness (or other-worldliness) that was concealed in that experience and was transformed (as described by Jacob, the original exemplar of this process) into a “house for God” and a “gateway to heaven.”[13] This unification sweetens reality, transforming it from an uncertain and threatening state to one of peace and holiness.

This three-stage process, explained the Ba’al Shem Tov, was the service Abraham underwent when he said, “Behold please, (hinei na), I know that you are a woman of beautiful appearance.” From within the negative perception of Sarah’s beauty, which for him could be defined as a foreign thought, Abraham’s robust attribute of Divine consciousness (da’at) permeated that reality to unify (unification is the inner dimension of da’at) with the spark of the Shechinah that was being held in captivity, to elevate the Shechinah and unify it with its supernal source, and to merit the supernal unification that sweetens reality.

The ability to elevate sparks can also be described as the power to ascend from lower consciousness (da’at tachton)—whereby evil exists—to higher or supernal consciousness, where there is nothing but God. In this way, Abraham elevated his consciousness, from the mundane connection of a husband and wife (which has its ups and downs) to the serene and relatively steady fraternal connection between a brother and sister. This is what lies behind Abraham’s request of Sarah that once they arrive in Egypt, she identifies herself as his sister. When consciousness is elevated, the holy sparks can be elevated as well, and the Shechinah can be united with its root and source, the Master of the world.

Photo by Mari Pa on Unsplash

[6]  For all the following, see Ba’al Shem Tov al haTorah (and its commentaries) on this verse.

[7]  As the Maharal of Prague writes in his commentary on the Rashi to this verse, even though Abraham was well aware of Sarah’s beauty beforehand, this time he “knew”—, i.e., the knowledge that is mixed with the awakening of the evil inclination, and not just cold, intellectual knowledge. We can say that his intention is that every experience of subjective knowing stems from the Tree of Knowledge of Good and Evil.