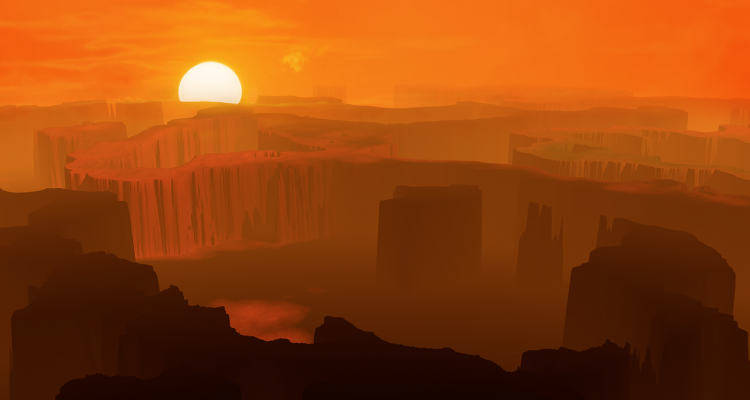 “I Am Nothing but Dust and Ashes”

Generations later, in the last years of the Second Temple, this same image appears in the story of Nachum from Gamzu, a sage who was sent on a diplomatic mission to Rome with the goal of reversing a harsh decree made against the Jewish people living in the Land of Israel. Alas, a box of precious gems and gold Nachum was given to offer as a tribute to the Roman Emperor was unbeknownst to Nachum stolen and its contents were emptied and replaced with dust. Upon opening his tribute, the Emperor was furious and wished to kill Nachum and punish the Jewish people even more. Yet, miraculously, one of his advisors connected the dust in the box with Abraham and suggested that perhaps this was the famous dust with which Abraham was victorious over the Four Kings of the East whom he had battled to save his brother-in-law, Lot.[3]

What is the secret of this “dust of the earth” that is so closely associated with Abraham?

Chasidic psychology associates dust with the character attribute of lowliness. Lowliness is the character trait that can be best acquired in the Land of Israel, more so than any other character trait. All the famous disciples of the Ba’al Shem Tov, the great tzaddikim that continued to lead the Chasidic movement, upon arriving in the Land of Israel, testified that it is the best place to acquire lowliness.

Lowliness is particularly connected with the dust of the Land of Israel. When a person has acquired a true sense of lowliness, of recognition that he is far from perfect and therefore, far from fulfilling his God-given mission in life, he acquires the merit to serve God out of joy. Indeed, even though it might seem that lowliness and joy are two opposites states of being, they actually depend on one another. The sign of attaining true lowliness is experiencing true, endless joy. If the lowliness is not authentic, if it amounts to no more than false humility, then it is nothing but more ego disguised as humility—a self-destructive attempt to feign humility, which cannot produce any joy. True lowliness sets me free. That is its trademark. With lowliness, I can rejoice in serving God.

What Happens When Love Comes Down?

Abraham is the archetypal soul the sefirah of loving-kindness. Loving kindness is usually associated with water. How then did the dust of the earth come to symbolize Abraham? In the Tanya,[4] the founder of Chabad, Rabbi Schneur Zalman of Liadi provides an answer in the name of his teacher, the Maggid of Mezritch. The Maggid explained that Abraham’s soul is archetypal to the sefirah of loving-kindness as it is in the highest of the Four Worlds, the World of Emanation, where consciousness is purely focused on the Divine. But the attribute of loving-kindness as it is above, in the World of Emanation is nothing like the way in which it manifests when it descends into our reality, even into Abraham’s holy body. There, in the World of Emanation, loving-kindness is Divine in nature and hence, without bounds. Down here, it is but a shadow of its pristine nature. To illustrate this descent, Abraham used the metaphor of a tree being burnt. In all its glory, the tree is composed of all four elements, fire, air, water, and dust. But if it is burnt, all that is left is the dust, the coarsest and most physical of all the elements. Likewise, when loving-kindness descends it is figuratively burnt up and all that is left is the dust. And so, Abraham used a metaphor based on nature to illustrate how categorically different his faculty of loving-kindness is when it descended into this reality.

In his exposition, Rabbi Schneur Zalman references the verse, “Everything comes from dust, and everything returns to dust.”[5] Apparently, this is an important verse upon which to meditate in reference to the Land of Israel and its affinity to lowliness. This verse reminds us of the statement made by the sages upon which every person should meditate: “What is your origin and where are you going?”[6] You came from the dust of the earth, since the Torah writes that God created Adam out of the dust of the earth.[7] But was man originally destined to return to dust? It is only after Adam and Eve sinned that God told Adam, “For you are dust, and to dust you shall return.”[8]

One possibility is that if we merit to return to dust during our lifetime, i.e., that we acquire the trait of lowliness, we might be free of the punishment of “to dust you shall return.” When God was addressing Adam, he was first and foremost addressing the Jewish people, the descendants of Abraham whose offspring God described as being like the dust of the earth. This of course includes every righteous convert to Judaism who takes upon himself or herself the name of Abraham as their father.[9]

Based upon this idea, the Lubavitcher Rebbe explained that if we can bring ourselves to a state of true lowliness, we will merit the experience of eternal life. The Rebbe cites an additional source: When describing the Resurrection, the prophet Isaiah states, “Oh let your dead revive! Let corpses arise! Awake and shout for joy, you who dwell in the dust.”[10] The sages[11] note that the exact Hebrew wording lacks the prepositional “in,” meaning that those who are resurrected are not only those whose physical body has become dust,[12] but rather suggests that they are those who have become dust during their life, by mimicking King David, who at the height of his success pronounced, “I will be lowly in my own eyes.”[13] Thus, everything depends on attaining the state of being like dust, Abraham’s special quality.

Dust and the Land of Israel

[3]. The account of this war and Abraham’s victory appears in our parashah, Ibid. chapter 14. For the story on Nachum, see Babylonian Talmud, Ta’anit 21a.

[12]. See Shabbat 152b regarding the deceased sage that Rav Nachman found in his field. That sage taught him that the verse, “For you are dust and you shall return to dust” applies to the righteous individual only an hour before the resurrection of the dead so that they too may be created anew.