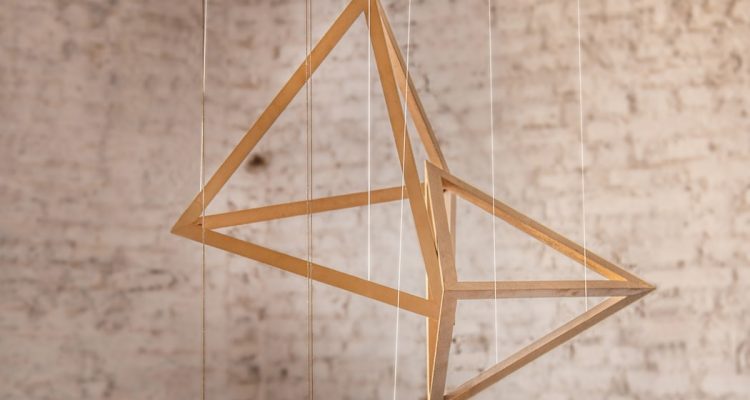 Noach: Creation and its Affirmation

Parshat Bereisheet ended with God’s utter repugnance from creation. Mankind was the crown of all of creation and because of its abominable behavior, God felt remorse at having created the world. Therefore, God decided to wipe away reality with a deluge, while saving a single righteous individual, Noah, and his family. The rest of the parshah relates how from Noah’s offspring and the animals that were saved with him in the ark, the world was repopulated. It also introduces us to the first covenant made between the Almighty and mankind, the covenant made with Noah (also known as the Noahide Covenant), reinstituting the relationship between God and creation and reaffirming God’s commitment to sustaining the universe. Thus, where the theme of the first parshah of the Torah, Bereisheet, was, of course, the creation of the world, Chassidic teachings focus on God’s reaffirmation of creation as the main theme of the second parshah, Noach. In this article, we will look at these two themes and see how they are joined together in the Torah.

From wisdom to crown

In Kabbalistic terminology, the creation of the world is an expression of the sefirah of wisdom. Wisdom is likened to contraction: the ad infinitum concentration of something until it disappears from sight. The Arizal taught that in order to create the world God had to first contract His Presence as it were and to make it appear as if He is not present.

The reaffirmation of creation and the covenant found in parshat Noach are an expression of the sefirah of crown. According to the Torah, the most important aspect of teshuvah—the process of cleansing oneself from one’s negative deeds and redefining one’s identity—is immediately discontinuing one’s negative actions. As explained, in order to create the world, God had to employ the sefirah of wisdom and conceal Himself. After ten generations that angered the Almighty, the deluge was the result of God unveiling His full Presence, thereby leaving no room for creation and causing it to be destroyed. Yet, even then, God did not completely destroy creation. That is, He did not unveil Himself so totally as to leave no room at all for a future. Even then, He resolved to in the future never cloak Himself so completely that there would be no limits to the abomination that could again destroy the world. He was also immediately willing to take pleasure from the sacrifices made by Noah and strike an eternal covenant with him and his offspring. This is the essence of patience, the inner quality of the sefira of crown. To continue to give legitimacy to and to reaffirm His handiwork even as it fell into the abyss of abomination, God called upon His aspect of infinite patience.1

Thus, the moral of parshat Noach for us is that once we have succeeded in creating something, we should not destroy it because of its problems and negative aspects, but instead always find the patience to find ways to reaffirm it and fix it.

Now, clearly, the central verse illustrating the theme of creation in Bereisheet is: “In the beginning, God created the heavens and the earth.”2 The verse illustrating the theme of the reaffirmation of creation in Noach is: “So long as the earth exists, seedtime and harvest, cold and heat, summer and winter, and day and night shall not cease.”3
Let us write these verses in Hebrew:

Inspiration: the instrument of reaffirmation

We explained above that the power to reaffirm creation, to have the patience to allow it to persist comes from the sefirah of crown, God’s attribute of mercy. The sefirah of crown is so named because like the crown on the head of a king, this sefirah continually hovers, as it were, above all the others. The sefirah of crown is also considered the source of all inspiration and all creativity. We have learned then that creativity requires patience, which is actually the ability to tune in to the Infinity of the Almighty that is always hovering above and patiently sustaining reality.

Chassidut explains that there are three types of process-relationships that govern all interactions in reality. They are called: evolution,4 enclothement, and inspiration.5Elsewhere,6 we have used “omnipresence” in place of “inspiration.” Here we use “inspiration” because of the mathematical discussion that follows; later we will use the two terms interchangeably. Most interactions in the physical world described as cause-effect relationships are of the evolutionary type. Electricity making a light bulb shine and the soul animating the body are examples of enclothement relationships.7 An example of an inspirational relationship would be prophecy. The patience of the Almighty to reaffirm creation after the deluge is also an example of an inspirational relationship.

Without a doubt, it was the Almighty’s special relationship with Noah himself that inspired him to reveal his omnipresence after the deluge and reaffirm creation. The Torah describes this special relationship in the verse: “And Noah found grace in the eyes of God.”8 This verse is the last verse of parshat Bereisheet, thus serving as the natural bridge connecting Bereisheet with Noach. It is also one of the verses in the Torah for which no translation can do justice. In Hebrew, the word חן , translated here as “grace,” also means “symmetry.” Indeed, חן is the reverse (the symmetrical) form of נח , Noah’s name in Hebrew.9 In addition, the word “found” is also etymologically related to the word for “reality.”10 “Finding grace” in God’s eyes refers to inspiring God to reveal His omnipresence, which can be understood as a state of symmetry between reality and God, a state in which it is impossible to distinguish between the human and the Divine, the mundane and the heavenly, and the natural and the miraculous.11

Analyzing the two central verses of Bereisheet and Noach and the verse describing Noah’s finding favor in the eyes of God we can see these numbers at work:

The central verse of Bereisheet contains 7 words and r7 (=28) letters. So the first verse of the Torah that describes creation exhibits triangular numbers (above we saw that the value of the entire verse is r73!), illustrating an evolutionary relationship between the Creator and the creation.

The central verse of Noach contains 14 (= 7 ┴ 7) words and 49 = 72 letters! Thus, the central verse describing the reaffirmation of creation exhibits square numbers, indicating an enclothement relationship between God and creation.

As noted, the first verse of the Torah, the central verse of all creation, exhibits an evolutionary relationship, as its gematria is a triangular number, etc. Immediately following the first verse, the Torah seems to describe that reality fell into a state of chaos: “And the earth was chaotic and formless and darkness was over the abyss….” But, this verse ends with the words: “And the spirit of God hovered over the waters.” The gematria of these words in Hebrew, ורוח אלהים מרחפת על פני המים , is 1369 = 372. A perfect square indicates a state of enclothement. But, because of the near destruction of creation during the deluge, we know that this state was not permanent. Yet, the enclothement state of reaffirmation found in Parshat Noach, does echo this earlier state of enclothement in potential found in Bereisheet.

1. ארך אפים , in Hebrew, which literally means “long-nosed,” the secret of the Jewish face as explained elsewhere.

4. Though the theory of evolution is indeed based on some concepts related to what is meant by evolution in Chassidic thought, they should not to be confused with one another.

7. Science does not yet fully appreciate the difference between enclothement and evolutionary process-relationships, which is why attempts to explain phenomena like electricity using particle-based evolutionary (cause-effect) models does not do them justice. Likewise, attempts to comprehend the true nature and meaning of modern physical theories such as relativity and quantum mechanics using an evolutionary (cause-effect) conceptual scheme seem to run into hopeless paradoxes. This is also the reason why science prefers to ignore the soul and spiritual reality, both of which function by enclothement and inspiration-based laws.

9. Symmetry is considered by scientists as one of the most important principles guiding modern physics and helping us to understand how the universe functions (and is sustained).

11. The second Biblical figure who exhibited this state of “finding grace,” and symmetry was Joseph. When Joseph was incarcerated for many years in Egypt, the Torah relates that God was with him in all his actions. Thus, he was appointed the head of the prison and “everything that was done there, it was he that did it” (Genesis 22:39). But, another reading of this verse is, “everything that was done there, it was He [God] that did it”; meaning, that the state of symmetry attained by Joseph, affected all actions performed around him making them feel as if they had been performed by the Almighty Himself. Indeed, mathematically, יקום = יוסף , “reaffirmation” equals “Joseph!”

Q: Why is the sixth

Q: Beside Yom Kippur and

The Shulchan Aruch, the most

Q: Is imbibing a positive