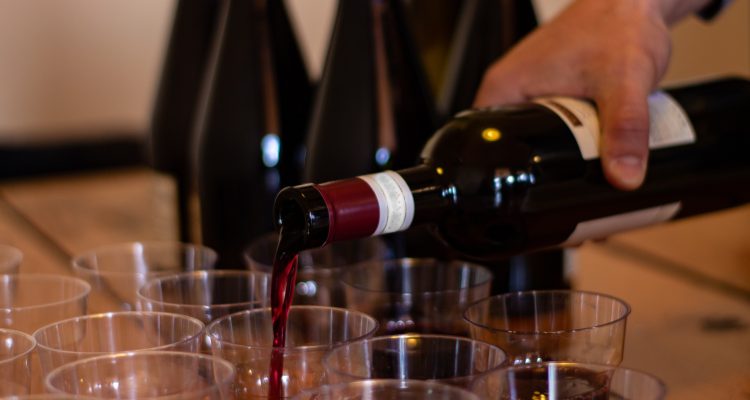 Noach: Wine and Its Discontents

Noach was God’s messenger to perpetuate humanity so that it would survive the flood. After the flood, however, Noach fell into sin. He planted a vineyard, drank the wine and became drunk. This is the first appearance of wine and intoxication in the Torah.

The Talmud (Sanhedrin 70a) discusses the thirteen letters vav (which either inflect a verb from future tense to past tense, or that mean “and”) that are connected to wine in the Torah passage about Noach’s fall into intoxication:

And Noach the man of the earth began and planted a vineyard. And he drank of the wine and became drunk; and he was uncovered within his tent. And Ham, the father of Canaan, saw the nakedness of his father, and told his two brethren without.  And Shem and Yefet took a garment, and laid it upon both their shoulders, and went backward, and covered the nakedness of their father; and their faces were backward, and they saw not their father's nakedness.[1]

Rashi explains that the thirteen vavs (“and”) allude to “vei vei” (wailing cries).[2] The Tosafot add that the “and” regarding Yefet is not counted, as it is attached to a noun and not to a verb. Noach was meant to bring comfort and rest to the world. Both in comfort (נֶחָמָה) and in rest (מְנֻחָה) we find the letters of Noach (נֹחַ). At his birth, his father named him Noach because, “This one will comfort us.” But, in his actions after the flood, his name refers to a “sigh” (אֲנָחָה), whose middle letters also spell Noach.

The 13 vavs also correspond to God’s Thirteen Attributes of Mercy, which in turn correspond to Maimonides’ Thirteen Principles of Faith. Noach marred reality with wine. He turned all the supernal sources of faith and mercy to “vei,” to wails of great sorrow, the opposite of the blessing that could be evoked when a person drinks wine within the boundaries of sanctity.

In the Hebrew verses, the beginning of the sin is described as, “And Noach began” (וַיָּחֶל נֹחַ), a verb that is cognate with the verb meaning to make something profane. Noach made himself profane, he gave up on his sanctity. The sages explain that Noach stepped outside the boundaries of sanctity. Wine was created in the world for holy rituals. Noach, however, removed the wine from the parameters of sanctity and made it profane. As a result, 13 wails ensued, and all 13 holy attributes of mercy were blemished.

The Tree of Knowledge

The verse that immediately follows the above description of Noach’s drunkenness is: “And Noah awoke from his wine and knew what his youngest son had done unto him.” Rashi finds it difficult to understand why the sages do not include the two “and” in this verse in their enumeration of “and.” He explains that the culmination of the sin occurred when Noach “knew” the punishment rendered by the wine, what it did and what it caused. This is an important idea: it happens that we begin to lose sanctity in some area of life, just as Noach did when he planted a vineyard. But, we are not yet aware of where this will lead us. But, eventually, we do realize that we have left the bounds of holiness. This ultimate outcome, if we have stepped outside the parameters of sanctity, become apparent when we realize how entangled we are in a web of negativity. In Noach’s case, he became aware of the negative side of wine and that wine itself can be a punishment.[3] Engaging in behavior outside the bounds of sanctity becomes the punishment, itself.

The Talmud continues: “The Holy Blessed one said to Noach, ‘Noach, you should have learned from Adam—what happened to him was due to wine.’” This is according to the opinion of Rabbi Meir, who posits that the Tree of Knowledge, from which Adam ate, was a grapevine. Rabbi Meir extrapolates this from the fact that here, the wine brought “wailing” (יְלָלָה)—which has the same numerical value as “wine” (יַיִן)—to the world, as is written in our verse, “And he drank from the wine (= wailing) and he became drunk.”

There are other clear connections between the sin of the Tree of Knowledge and Noach’s intoxication. Let us mention a couple.

First, both stories end with covering up nakedness. Second, like Adam, Noach’s story ends with knowledge, “And he knew [what his youngest son had done to him].” The end of abuse is near when a person knows, meaning that the wine has ascended to his faculty of knowledge and he realizes that it has the potential to cause him to descend into the gutter (as explained earlier).

Ultimately, the measure of goodness is always greater than the measure of judgment. Thus, just as there is great danger in wine and we must be careful of intoxication, “And you shall safeguard your souls very much”[4] from addiction to the bitter spirits, which brings all sorts of negativity, so there is great goodness in wine when used for holy purposes. When consumed in the proper way, wine “brings joy to God and to men.”[5]

[2] The fact that the sages explain the letters vav as alluding to a wail is based on the vav’s phonetic sound. This is a patent example of the fact that the entire Torah can be read as a poem. When listening to the Torah, one should be aware of its lyrical nature.

Photo by Nino Maghradze on Unsplash 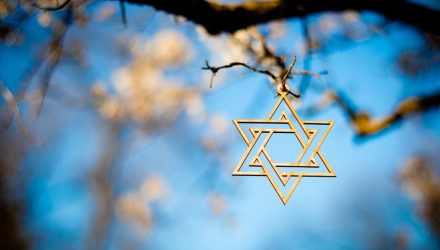