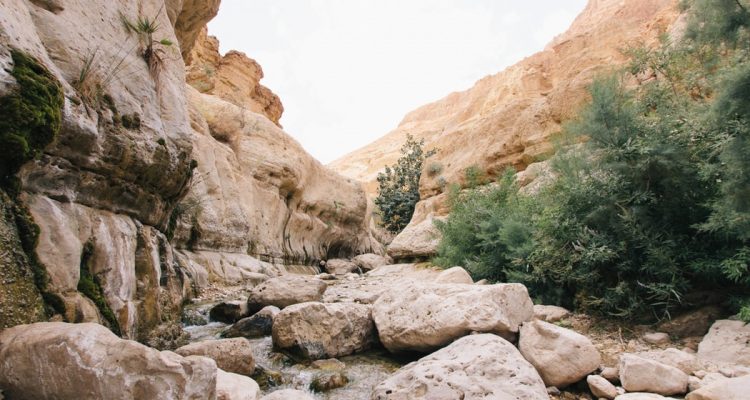 Isaac digs wells. Actually, this is the main thing that the Torah tells that he did. Moreover, from among all the wells that have a special name in the Torah, most of them are connected to Isaac.

What are Isaac’s wells about?

A bor is dug into the ground. It can fill up with water or rainwater – or it can be empty of water (as in the pit into which Joseph the Tzaddik was thrown. It had no water, but it did have snakes and scorpions). On the other hand, the be’er reveals the groundwater buried deep inside the ground, “the well of living waters”.

The word bor is connected to the Hebrew verb ברר barer, which means ‘clarification’. Clarification is the service of Abraham, who brings the light of faith wherever he goes. Reality seems like an empty pit. Abraham comes and waters it with faith. He clarifies the fact that only God is the true God, as opposed to all the emptiness of idols.

Isaac, though, works differently. He digs deep into reality, discovering that the water is within it. It is not necessary to go from place to place, telling people about God from the outside. Instead, one can teach them to listen to their inner voice that tells them about God, similar to the water deep inside the ground. The באר be’er, the well, is the ability לבאר l’va’er, to explain – to explain reality and show that everything is God.

God promised the Land of Israel to the Patriarchs, but in the meantime, Isaac suffers serious problems with the Philistines, who truly are invaders in the Land. In Hebrew, the word for Philistines, Plishtim, shares a root with the word for ‘invasion’, plishah. Centuries later, the Romans called the Land of Israel Paleshtina, from the same word for ‘invasion’. This later became Palestine.

The names that Isaac gives to the three wells that he digs reveal the three ways to deal with the invasive Plishtim, then and now:

One way, corresponding to the first well, is Esek, which means ‘business’. In other words, this is an issue of interests, or business. True, the Plishtim are causing us a lot of trouble. But if we only find the way to appease all of them, everything will work out. We will negotiate until we find the formula that will satisfy everyone and the conflict will be resolved.

The second way, corresponding to the second well, is Sitnah, which means ‘hatred’. We understand that the Plishtim are not interested in property and assets. Instead, this is a problem of depths of hatred – typical anti-Semitism. The more that we give them and retreat, the more it whets their appetite. Ultimately, they want to swallow us up and throw us into the sea. So what can we do? We must be strong and remember that we are living in the Middle East.

There is a third way, corresponding to the third well, Rehovot, which means “a broad way”. True, right now they despise us. This hatred will continue as long as we are on the same plane. But we must recognize our uniqueness and that it comes from a different plane: And he disconnected from there. We did not come to this Land just to find a safe shelter. We came here to establish the Kingdom of Israel, which will spread the light of Torah and faith in God to the entire world – also to the Plishtim. If we do not deny our destiny, but rather know how to draw from the wells of our heritage and explain that all is God, it will ultimately nullify all conflict. For now God has broadened for us and we shall be fruitful in the Land.

Photo by Robert Bye on Unsplash