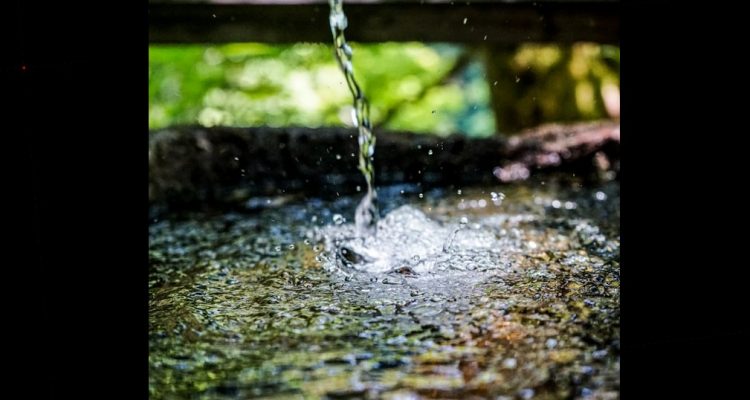 The herdsmen of Gerar quarreled with Isaac’s herdsmen, saying, “The water is ours.” He [Isaac] named that well Esek, because they contended with him. They dug another well and disputed over it also; so he [Isaac] called it Sitnah. He moved from there and dug yet another well and they did not quarrel over it, so he named it Rechovot saying, “For now God has granted us ample space and we shall be fruitful in the Land.”[1]

God promised the Land of Israel to the Patriarchs, but in the meantime, Isaac endured tremendous difficulties with the Philistines, who themselves were invaders and looters that had come from other Mediterranean countries. Over time, they captured some of the coastal areas and began forcing their way inland (see map; dark blue designates the area of the initial invasion, lighter blue designates continued infiltration of inland). In fact, the word “Philistines” (פְּלִשְׁתִּים) in Hebrew stems from the root meaning “to invade” (פלש). Centuries later, the Romans started referring to the Land of Israel as Palestine. 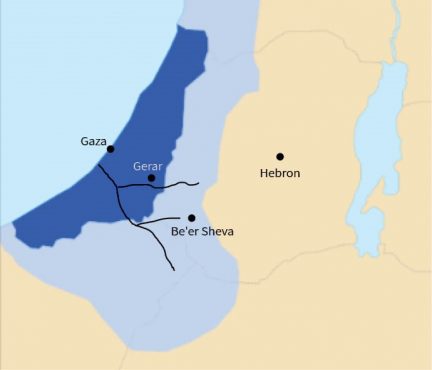 The sages tell us that, “the actions of the Patriarchs serve as a sign for their descendants” (מַעֲשֵׂה אָבוֹת סִימָן לַבָּנִים). Thus, from the names Isaac named the three wells he dug, we can learn about three ways with which to deal with the invasive Philistines of then and their spiritual inheritors of today.

The first method Isaac tried was Esek, which literally means “business.” This method assumes that the dispute represents conflicts between interests. The way to settle the dispute is by finding a way to attain a win-win, like in any business proposition. Thus, the thinking goes, if we can only find a way to get them invested in a joint endeavor, everything will work out. We will negotiate until we find a formula that will satisfy both sides, and the conflict will be resolved.

The second approach Isaac tried is captured in the second well’s name, Sitnah, which literally means “hatred.” After the first approach failed, the idea was floated that the invaders are not interested in property and assets. Their issue is their hatred for us. Typical anti-Semitism. The more that we give them in the interest of appeasing them, the greater their appetite and the deeper their hatred. Ultimately, their deep, dark secret emerges: they will only stop when they swallow us up and throw us into the sea.

What then can we do? First things first: we must be strong and remember that we live in a very tough neighborhood called the Middle East.

But there is a third way, a third alternative for dealing with the invading Philistines. The third way is based on the name of the third well, Rechovot. Rechovot literally means “ample space.” It is used to designate a state of expansion, be it in the mind or physically. This third way argues that it is useless to try to ignore the deep hatred the Philistines have for us. But it will continue only as long as we think of ourselves and them as equals. It is our duty to acknowledge our unique role in the world, one that requires us, like Isaac, to “move from there,” to lift ourselves into another dimension. In short, we cannot live as other nations do. We did not come to the Land of Israel to find a safe sanctuary from the rest of the world. We came here to establish the Kingdom of Israel, which would foster and nurture our relationship with the Almighty and empower us to spread the light of the Torah and faith in God to the rest of the world. Even to the raiding Philistines. They too need to hear this message, probably even more than others. If we do not shun the responsibility we have been given, it is the key to resolving all the opposition we face. As Isaac says, “now God has granted us ample space and we shall be fruitful in the Land.”