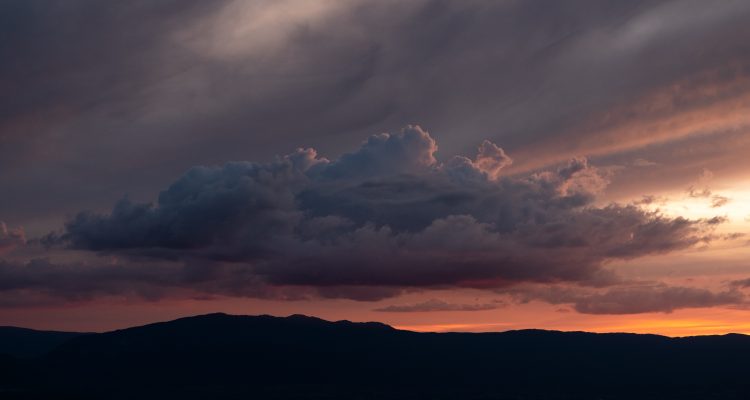 Abraham is the great negotiator of trials. He is the father of all who have faith. In the Torah portion of Vayeira, he faces the tenth and most difficult trial of all—the Binding of Isaac. Many reasons have been proposed for why this trial of self-sacrifice—a trial even less searing than what many Jews have endured over the generations—is considered so difficult for Abraham, the great believer. After all, he received a direct directive from God.

Rabbi Menachem Mendel of Vitebsk, author of the book, Pree Ha’aretz, explains that primarily, this was not a trial related to the emotional or practical difficulties involved in sacrificing Isaac. Rather, the trial was in the fact that the entire idea of human sacrifice contradicted Abraham’s faith. For Abraham, who believes in God’s goodness and publicizes his belief far and wide, the commandment to sacrifice his son like the cruel pagans worshipping the Molech makes no sense. The contradiction between God’s promise, “For in Isaac shall offspring be called for you,” (Genesis 21:12) and the directive to sacrifice him, is what makes it difficult for him to believe.

The obstacles that arise in his path, the sages explain, also make Abraham wonder why God is not helping him. He feels that his body, which is accustomed to being a chariot for God’s Divine Presence, is not cooperating with this commandment. This is alluded to in the phrase, “And Abraham stretched his arm forth to the knife” (Genesis 22:10), which describes a forced, unnatural action, as if his arm was foreign to him and he has to command it to stretch out. This makes Abraham suspect that it is not God’s will for him to sacrifice Isaac. And in truth, as God did not really intend for Abraham to slaughter Isaac, his arm was telling him the truth. It sensed that it did not have to fulfill Abraham’s directive, as it was not God’s will.

The rule that we can learn from this is that a situation that causes us to work hard and exert much effort does not yet constitute a trial or test from Above. A true trial is one that tests our faith—when the challenge we face contradicts what we believe in. We face a trial when our belief in God’s goodness and the sense of satisfaction that is supposed to fill us when we fulfill His will do not materialize.

What is the purpose of the blurring of faith caused by a trial? The verse says: “For Havayah your God is testing you to know whether you love Havayah your God with all your hearts and with all your souls” (Deuteronomy 13:4). It is difficult to understand this verse when considering its literal meaning alone. After all, God knows the future (including whether or not we will successfully pass the trial) and He also knows what is concealed in our hearts in the present. Therefore, Chassidut explains that this verse has a deeper meaning. It should be read as, “God is testing you… to know,” not that He should know but that you should know. Facing a trial arouses our “knowledge,” our ability to exercise our faculty of knowledge, our sefirah of knowledge, which is responsible for our ability to choose freely—in the case of a trial, to freely choose God’s goodness. The effort we exert to successfully pass the test turns our concealed love of God into manifest and revealed love of God—love of God’s goodness.

We can connect the simple meaning of the verse above with its inner meaning: The faith-weakening experience makes it seem that God really does not know what the future holds; that I am in a situation in which everything is in my hands, a situation in which God’s foreknowledge and Divine Providence have disappeared, and that there is no certainty that all will work out for the best. All of this is the test!  The ultimate purpose of the test is to clear space for our free choice to choose the good independently, as it were. The experience that God is “out of the picture,” or “missing in action” (Heaven forbid) requires us to call upon our endurance, fortitude, determination, and love of God. Ultimately, all these will converge, and we will perceive that God was actually with us all throughout the trial. Everything was planned by God, but we overcame the trial by employing our own strength of character.

When we see the test in this light, we can observe that the strength we need to successfully withstand the trial, is already handed to us in the trial itself. Every test of faith in God (and God’s goodness) actually expresses God’s faith that when He gives us space to express our independence, we will not use it in the wrong way or fall into despair. Instead, we will strengthen ourselves and reconfirm our faith in Him.

Photo by Olivier Miche on Unsplash