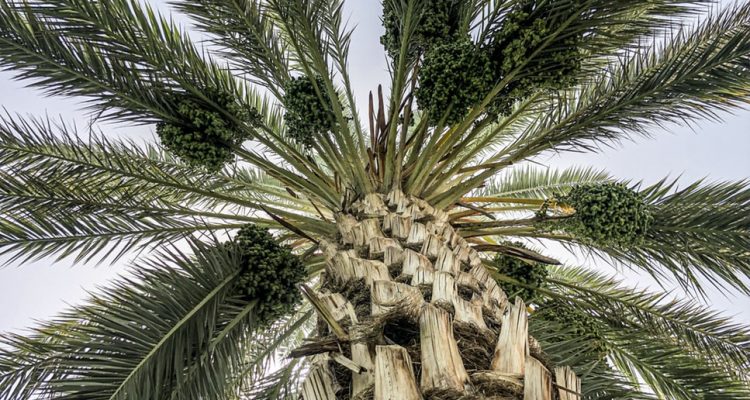 Vayeishev: An End to Bitterness

Excerpted from Rabbi Ginsburgh’s new book, “The Inner Dimension,” to be published soon.

The episode of Judah and Tamar in the Torah portion of Vayeishev is one of the most mysterious stories in the Torah. The sages[1] teach us that while this episode took place, God was busy creating “the light of Mashiach.”

Reading the text at the literal level reveals that Tamar was Judah’s daughter-in-law, the widow of his son Er, who died because of his misdeeds. After Er’s demise, Judah told his second son, Onan, to marry Tamar in a levirate marriage, required when a man has died without offspring. However, Onan acted in a manner unacceptable to God, and he also died without begetting children, leaving Tamar a widow once more. Upon seeing this, without realizing that his sons had died as punishment for their sins, Judah was reluctant to have his third son, Shelah, marry Tamar. He feared that Shelah might suffer the same fate as his two older brothers. When Tamar realized that Judah was withholding Shelah from her, she disguised herself as a prostitute and waited for Judah to pass by. Judah was allured by Tamar without recognizing her. From their union, the twins Peretz and Zerach were born. Peretz was the predecessor of the royal dynasty of Jewish kings that began with King David. It is from this lineage that Mashiach will be born.

This account of Judah’s complex relationship with Tamar requires careful examination. Turning our focus to Tamar, who actively initiated the episode, we will meditate on her name. In Hebrew, “Tamar” (תָּמָר) is a date palm, the seventh and final species with which the Land of Israel is blessed.[2] It is also the root of the word “exchange” (תְּמוּרָה). Alternatively, we can divide the name Tamar into two words, Tam-mar, “complete” (תָּם) and “bitter” (מַר). This alludes to the completion, or end of bitterness. Like a date palm, which can turn an arid wilderness into a flourishing oasis, Tamar knew how to exchange bitter for sweet. The date palm thrives on salt (bitter) water, transforming it into a honey-sweet fruit.

Some of the events in this story are bitter pills to swallow, beginning with Er and Onan’s sins and their subsequent deaths, and concluding with Judah’s own questionable behavior. Tamar’s act presents a clear example of turning the bitterness of death into the ultimate rectified sweetness of redemption. The light of Mashiach is the sweet fruit that emerges from bitterness. Tamar is the origin of Mashiach’s level of consciousness, which transforms “darkness into light and the bitter into sweetness.”[3]

The Magid of Mezeritch,[4] disciple and successor of the Ba’al Shem Tov, explains, “The meaning of Tamar (תָּמָר) is ‘the end of bitterness’ (תָּם-מַר). A foreign thought is bitter, but in truth, it is innocent (תַּמָה).” Sometimes foreign thoughts trouble an individual during his prayers. In the better case, these may be thoughts about his business, or his family issues. In the worst case, sinful reflections enter his mind. At that moment, he must understand that this irritating thought has a positive root and source, “…He realizes that this [thought] originates in the holy letters; it is merely their order that is foolish.” The Magid explains that the source of all thoughts is in the sacred Hebrew letters—the building blocks of creation. If a specific thought appears foolish and sinful, it is because we have combined the letters incorrectly. The root of the initial thought remains pure and holy, but it is as if we have wrongly assembled the puzzle. One example of such a letter-combination that is turned from good into evil is in the verse in this Torah portion, “Er, [עֵר] Judah’s firstborn was evil [רַע] in God’s eyes.”

When an individual realizes that his improper thoughts are a misinterpretation of something good, “He can enter the world of exchanges, and from these combinations, other words can be formed; from words of folly emerge words of Torah.” A foreign thought is bitter and evil, but recognizing its source elevates it to its root, to the “world of exchanges” in which the “puzzle” can be reconstructed, and the folly sweetened.

Rebbe Shneur Zalman of Liadi, the Alter Rebbe (the youngest and dearest disciple of the Magid) writes[5] that this method of elevating foreign thoughts is the service of the righteous. The instruction for the general populace is to ignore or expel the improper thought. Nevertheless, the realization that foreign thoughts are rooted in a positive source is something to which we can all relate. As we approach the final redemption, this service of the righteous will become increasingly available to all individuals.

The explanation offered by the Magid shines a new light on the story of Judah and Tamar. Judah thought the woman he met was a prostitute (קְדֵשָׁה), but in truth, she was his righteous and holy (קְדֹשָה) daughter-in-law. He thought that Tamar had become pregnant illegitimately, but in truth, she was pregnant with his own child. Tamar, who covered her face, was like an improper thought that masks its true source. The moment Judah realized the truth, all the bitterness turned into sweetness.

We too can transform the bitterness of improper thoughts into sweetness, if, instead of being overwhelmed by them, we recognize them as misleading interferences, the source of which is pure and holy.

Every individual has an innate sense of “ego,” which begins with the realization that “I exist.” It can easily deteriorate into egocentrism and self-aggrandizement. Self-pride separates us from our Divine source. The Chassidic way of serving God is to refine our sense of self with the realization that God creates us anew every moment, thus our ego is essentially non-existent.

God created the world “something from nothing.” The Magid of Mezeritch[6] taught that the service of the righteous is to turn the “something” (i.e., the ego) back into “nothing.” This is universally relevant since “Your people are all righteous.”[7] Everyone can achieve this state of selflessness, especially during prayer.[8]

Humbling all the comfortable feelings the ego gives us about ourselves and nullifying them is a bitter experience. The bitterness (מַר) alluded to in Tamar’s name refers to the bitterness experienced while nullifying the ego. Yet, anyone who experiences a moment of true selflessness can appreciate the sweetness of the Divine “nothingness,” from which the world was created. With hindsight, we realize that the initial bitterness was our ego hijacking our innate sense of standing in the presence of God. How can an egotistic stance be anything but bitter? The taste of true ego nullification in submission to God is sweeter than honey.

Judah’s act of self-nullification began with the opening verse of the Torah portion, “Judah descended from his brothers.”[9] He took to heart the act he instigated against Joseph and their father. He was the first to lower his ego to some extent. The sages relate that God then sent an angel of desire to arouse his base cravings. Thanks to this fall, he reached the climax of selflessness, by acknowledging that he was the father of Tamar’s pregnancy. All the bitterness of his initial egotistic state transformed into the sweetness of a humbled, refined self. This was how the light of Mashiach shone into the world.

The Spirit of God, From Otniel to Mashiach

As mentioned, the name Tamar (תָּמָר) can be divided into two syllables (ת-מר). The second syllable comprises two letters, mem and reish (מ־ר, which also spell “bitter”). Their numerical value is 240, which is also the numerical value of the idiom “the spirit of God” (רוּחַ הוי’). In particular, the Prophet Isaiah states, “The spirit of God will rest upon him (i.e., Mashiach).”[10]

God told Moses in Egypt, “I see, I have seen (רָאֹה רָאִיתִי) the poverty of My people.”[14] What does this double reference to seeing mean? God told Moses, “I see” (רָאֹה) that they are doomed to err with the Golden Calf, nonetheless, “I have seen (רָאִיתִי) the poverty of My people.” From this verse, Otniel taught: whether they are meritorious or guilty, He must redeem them.

The special “spirit of God” that rested upon Otniel is an approbation of the Jewish People that sets them high above any regular account of sins and good deeds. Otniel proved from God’s own words, “Whether they are meritorious or guilty, He must redeem them.”

Mashiach is also endowed with “the spirit of God.” This attribute is clearly one that he too will possess. The secret of this special spirit began with Tamar’s act. It evolved through an affair that involved many seemingly guilty parties. Yet, Kabbalah teaches us that through Tamar’s selfless act, even the souls of Er and Onan were rectified in their reincarnations as Peretz and Zerach (according to the secret of levirate marriage).

God is Merciful and Compassionate

The ability to arouse God’s compassion even upon those who are “guilty” and those who have fallen, sweetens the bitter taste in the mouths of those sinners. Eventually, Mashiach will also claim, “Whether they are meritorious or guilty, He must redeem them” and God will redeem us all. Then “the righteous individual will flourish like a date palm,”[16] and all bitterness will be exchanged for the sweet taste of honey. Indeed, “Your people are all righteous.”[17]

Photo by Sami Lamqaddam on Unsplash

Serving God in our Generations...

Redefining What You Are (the

During the festival of Chanukah,

Q: I am feeling a

Did You Find a Wife