Leaving the land of Israel

A Chassidic insight on the Torah portions of Vayeitzei and Vayishlach

The Lubavitcher Rebbe spoke many times of the prohibition against leaving the land of Israel. In the Torah portions of Vayeitzei and Vayishlach, we read about how, “Jacob left Be’er Sheba and he went to Charan”[1] and he subsequently returned, “Jacob returned whole to the city of Shechem.”[2] In between, he spent 20 years working, 14 of them for his wives and 6 more to create his wealth.

In a relevant statement, Maimonides writes,[3] “It is forbidden to leave the land of Israel, ever, except for purposes of learning Torah or marrying or to save [one’s money] from the non-Jews. Then he must return to the Land. One may leave for commerce. However, one may not reside [permanently] outside of the Land unless there is famine…. Although it may be permissible to leave [the Land], it would not be altruistic conduct to do so. For we see that Machlon and Kilyon, two of the great [community leaders] of their generation, left only because of the considerable troubles there were then and, nevertheless, perished.”

In Mainonides’ words we find 5 valid reasons for leaving the land of Israel: 1) to learn Torah; 2) to get married; 3) to save one’s possessions from the nations.[4] With all these, the caveat is that one should return to the Land.  4) For commerce, and once again this is conditional upon the intent to return (as is the way of merchants); and 5) on account of a famine, then leaving is permitted to dwell outside the Land and not just exit for a short time, but even to uproot one’s dwelling. Still, altruistic conduct (Middat Chassidut) requires one to refrain from this. Indeed, for leaving in a time of famine, Machlon and Kilyon (as told in the book of Ruth) were condemned to perish (as in the Hebrew word “Kilyon,” which means destruction.)

According to Torah’s inner wisdom, we are motivated to correspond these five valid reasons for leaving the land of Israel to the sefirot and to their representation in God’s essential Name, Havayah in the following way:

Regarding leaving for commerce we add that the nations of Canaan—whose meaning in Hebrew is “a merchant”—correspond to the emotive faculties.[10]

The three patriarchs exhibit three separate approaches to leaving the Land. Jacob left for two reasons. The first, to save himself from Esau (as Rebecca his mother said “get up and flee”[11]), even though this reason is not mentioned in halachah we can say that simply, it is permitted to leave a place of danger to your life. The second reason was to marry (as instructed by his father Yitzchak[12]). However, for these two reasons, the first 14 years, during which he worked for Laban as payment for Rachel and Leah, were sufficient time. Thus, the final six years he worked for Laban, were permitted because of commerce. From the perspective of the Torah’s inner dimension, Jacob was permitted to leave in order to learn Torah. Jacob is considered the archetypal soul of the pillar of Torah, “one who dwells in tents.”[13] Although he had already spend 14 years in the academies of Shem and Ever, in Haran where he lived under the duress of the impurity and difficulties imposed by Laban’s house, he merited to learn, “the Torah which I learned with anger—this is what supported me.”[14] Haran represents God’s anger (חרון אף)[15] as it is revealed in this world, the world of action about which it is said, “…even, I have made it” (אף עשיתיו).[16] Jacob attained this state by continuing to learn under the duress of the impurity of Laban’s home. Torah studied under duress includes the Babylonian Talmud, described homiletically as, “He [God] placed me in darkness.”[17] And yet, the Babylonian Talmud, even though it was written outside the land of Israel is superior in some respects to the Jerusalem Talmud, since we rule according to the former over the latter. When Jacob returned to the Land of Israel, he ascended to a higher level, similar to how the Talmud states that a Talmdic sage from Babylon, when he makes aliyah to the land of Israel, has the weight of two sages from the land of Israel.[18]

Abraham left the land of Israel for Egypt because of a famine. Though this is a legitimate reason as we saw, it is still difficult to understand, since it is not altruistic (middat chassidut) to do so. Being that Abraham is considered the epitome of altruism and loving-kindness, we would not expect him to act this way! However, since the famine is considered one of the ten trials that Abraham faced in his life and he passed them all,[19] it follows that he did act properly in leaving for Egypt. In addition, the sages learnt from Abraham’s actions that, “When there is a famine in the city, scatter your feet,” i.e., flee.[20]

The Maharsha responds that the famine in Abraham’s time was life-threatening. However, the Zohar[21] bring a different reason. It explains that Abraham could leave the land of Israel because the holiness of the land was not yet complete. God had said to Abraham, “to your children I will give this land.” From this he understood that it was not yet complete in its holiness. Rabbi Levi Yitzchak of Berditchev explains that all was included in the command, “Go for yourself to the land that I will show you.”[22] The command was not explicitly to go to the land of Canaan,[23] but rather to that land, “for which you will have a reason to go.” The famine was thus a reason, from God, meant to send Abraham to Egypt (and of course all this was only before the holiness of the Land was completed, as per the Zohar’s explanation).[24]

However, Nachmanides writes[25] that Abraham sinned when he went down to Egypt, and so writes the Zohar,[26]

There are those who contest Nachmanides’ opinion.[28] And surely, Nachmanides admits that Abraham passed all the tests. However, apparently Nachmanides would argue that, “there is not a righteous person in the world who will do good and not sin,”[29] whose meaning is that even when doing good and acting properly, there is still a hint of impropriety[30] and the Almighty judges the righteous down to a hair’s breadth.”[31] So in spite of the fact that Abraham passed the test and did not question God’s actions (and as we know, every test is in its essence a test in faith[32]) in bringing on a famine just as he fulfilled the commandment to go from Haran to the land of Israel,[33] there was a certain blemish in Abraham’s leaving for Egypt. Nonetheless, the outcome from his actions was considerable because a small blemish found by the father breeds harsh outcomes for the children. Now we can understand why ten tests were necessary. Even though Abraham passed them all, there was always some blemish, which the prosecutor could hold against him, until the tenth and final test which Abraham endured with no blemish at all fulfilling the verse, “You are completely beautiful my bride, and you have no blemish.”[34] It is to this end that the sages taught,

The Almighty said to Abraham, “I have tested you with a number of tests and you passed them all. Now withstand for me this test, so they won’t say there is no substance to the first ones.”[35]

In the end Abraham quickly returned to the Land, as Pharaoh sent him away.  We can say that if Pharaoh sensed, he ‘saw in the stars,’ that Abraham was blemished by being outside the Land and he should return immediately, certainly Abraham himself felt this way.

Isaac never left the Land, since he was a “perfect sacrifice,” even though according to the letter of the law he was permitted to exit because of famine or to marry.  However, during the famine, God commanded him, “do not go down to Egypt.”[36] As well, Abraham warned his servant Eliezer (whom he sent on a mission to find a wife for Isaac) not to take Isaac out of the land of Israel, even if he would not find his ideal match. From the perspective of the Torah’s inner dimension, what this teaches us is that sometimes exiting the Land of Israel is necessary in order to reveal a person’s “surrounding light” (makifim), the two higher dimensions of the soul, chayah and yechidah; but Isaac, when he gave up his life in the Akeidah (and changed into an olah temimah), already acquired these levels of his soul.

Indeed, knowing this, we can understand what Jacob gained during his years outside the land of Israel. Jacob was in the house of Laban for 20 years and at the end of his life he spent 17 years in Egypt. Thus, he was outside the Land for a total of 37 years, the very value of the highest part of the surrounding lights of the soul, the yechidah (יחידה). These 37 years equal the Isaac’s age at the Akeidah; and, from then on was, he was forbidden from leaving the Land.

Marrying a woman in the land of Israel

[4] The source of this third license is in Eiruvin 47a and Avodah Zarah 13a.

[19] Pirkei Avot 5:3. All explanations count this test of the famine as one of the ten tests. 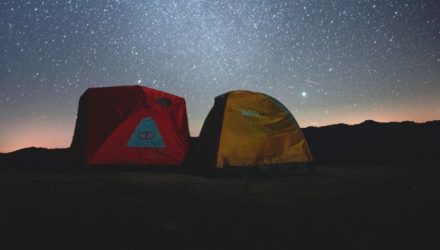 Rachel and Leah represent two different perspectives. Jacob needed both to build his home. Excerpted from the soon-to-be-published book by Rabbi Ginsburgh, “The Inner Dimension.” In the

The Talmud states that there are three things that

The first king mentioned in the Torah is Nimrod,

Even the gravest incident can bring a change for

Every Man Has His Hour: Pirkei...

He would also say: Do