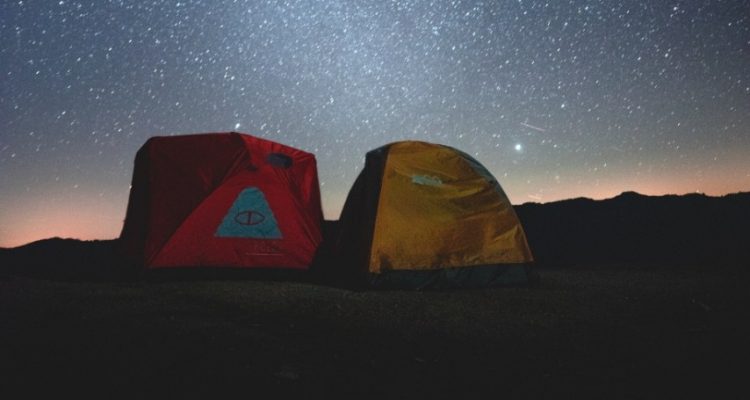 Excerpted from the soon-to-be-published book by Rabbi Ginsburgh, "The Inner Dimension."

In the Torah portion of Vayeitzei Jacob marries Leah and then Rachel. They give birth to eleven of his twelve sons, the twelve tribes of Israel. When Joseph was born, Rachel gave meaning to his name, saying, “God will add me another son.”[1] This alludes to the birth of Benjamin, Jacob’s twelfth son.

Abraham and Isaac’s households included Ishmael and Esau. They were foreign elements who were eventually dispelled. By contrast, Jacob’s family is the consummate “Jewish home” from which the Jewish People have evolved. Jacob was the first to refer to the Temple Mount as a “house of God.”[2] In the following Torah portion, Jacob “built himself a house.”[3] The Torah and the Prophets refer to the entire Jewish People as the “House of Jacob.”[4] Jacob has a unique relationship with his home and household.

Every detail mentioned concerning the development of Jacob’s home has great significance. Here, we focus on the difference between his two wives, Rachel and Leah.

From Jacob’s perspective, he loved Rachel and wanted her to be his wife. He worked a total of fourteen years tending Laban’s flocks in order to marry her.

Leah entered Jacob’s home without his explicit consent. Even though he married her first, she remained second best, as Rashi comments on the verse, “He called Rachel and Leah” – “First he called Rachel and then Leah, since Rachel was the mainstay of the home.”[5] Leah was “despised”[6] (at least in comparison to Rachel).

Yet apparently, from the Divine perspective, Leah has a superior status. The tribes that were born from Leah comprise the foundation of the Jewish People. They constitute the majority in terms of numbers. The three “crowns” afforded to the Jewish People were all granted to Leah’s sons (the crown of priesthood, the crown of Torah and the crown of kingdom).[7] The kohanim (priests) and Levites chosen to serve God were from the tribe of Levi. Moses, who received the Torah directly from God’s mouth, was also from the tribe of Levi. The tribe of Judah, another of Leah’s sons, received the “crown of kingdom;” King David and his dynasty of monarchs descended from them. Furthermore, since the exile of the ten tribes at the end of the First Temple period, the tribes of Menashe and Ephraim, born from Rachel’s son Joseph were lost to the Jewish People. Most Jewish People today descend from Leah’s offspring. Even the Hebrew word meaning “Jew” (יְהוּדִי)[8] derives from the name of the tribe of Judah (יְהוּדָה).

Nonetheless, like Jacob, we are also closely attached to Mama Rochel. She awaits our return from exile, as the Prophet states, “Rachel weeps for her sons.”[9] Even those Jews who are not descended directly from Rachel are considered her children.

Together with Sarah and Rebecca, Rachel and Leah are both our Matriarchs. Every Jew is equally welcome to pray at Rachel’s Tomb in Bethlehem or at Leah’s tomb at the Cave of Machpelah in Hebron. We can turn to either of them as we would to our own mother, like an infant in his mother’s arms, or a lost child who finally finds his way home. In general, the tribes are inter-included within one another and each includes facets of all the others. Thus, we are children of both Leah and Rachel.

These two pillars of Jacob’s home, Rachel and Leah, are the deepest foundations of the Jewish People. Each contributes her own unique and indispensable emphasis.

The Torah states that Rachel has, “Beautiful features and a beautiful countenance.”[10] These qualities are apparent to all who see her. She spends her time outdoors herding her father’s sheep alone.

Leah apparently stays at home. All that we know about her is that her eyes are “soft.”[11] This does not mean that she is not beautiful, but her beauty is not as apparent as that of her younger sister. Rashi explains that Leah’s eyes were soft from weeping; an appropriate quality for someone with an introspective nature.

Jacob’s relationships with Rachel and Leah also reflect the revealed and the concealed aspects of reality. Jacob is consciously attracted to Rachel and he identifies her as his partner in life. She is his revealed wife. Leah is hidden from Jacob. She is not in the forefront of his consciousness. At his wedding to Leah, he believed that he had married Rachel. He was not aware of Leah’s true identity until the morning. Jacob was drawn to the revealed aspect of the world and was therefore attracted to Rachel. He was not so enamored with the concealed dimension of reality, which is why he took no special interest in Leah.

Where Can I Find God?

God is the most Hidden of all. One might imagine that only individuals who understand His mysteries will feel close to Him. We do not expect those involved with the material world and its obvious impression on our physical senses to experience the same closeness. This is a mistake. A connection with the Divine is equally possible for those involved with the inner and outer dimensions of reality. Nonetheless, the connection each type forges with the Creator has a different vector force.

Someone with a tendency towards the concealed dimensions of reality identifies with the soul root of Leah. He or she must turn upwards to contemplate the Divine with increasing abstraction from physical matter. This individual increasingly realizes that in the world we live in, God is invisible. Physicality conceals its Divine source. This is why their soul root is drawn to hidden dimensions. There, paradoxically, God is more apparent. Yet, such an individual will never reach his ultimate goal. As the quest to solve the profound mystery of God reaches ever higher, more levels of mystery lie ahead. However high the seeker soars, God remains infinitely beyond his grasp. This is the secret of Leah’s soft eyes; eyes that contemplate deeper and deeper into God’s secrets until they are weary of gazing at the infinite.

In contrast, an individual whose sensibilities drive him or her to the revealed, material dimension of reality identifies with the soul root of Rachel. Such an individual believes that “The secrets are for God, our God and the revealed things are for us and for our children.”[13] Nonetheless, they too can discover God’s presence, right here in our revealed world, by observing God’s commandments. The first law in the Shulchan Aruch, the code of Jewish law, presents   for finding God: “[The verse] ‘I set God before me at all times’ is a great principle in the Torah and the level attained by the righteous who walk before God.”[1] This is a practical meditation that suits the realist: wherever I am, whatever I do, I am in the presence of God. There are no mysteries involved; the idea is short and to the point.

It may not be easy to live with this constant awareness of the Divine. It is “a level attained by the righteous who walk before God.” Nonetheless, the task of the realist is to reinforce the sanctity that lies hidden in the mundane world, until he reaches the awareness that God manifests in everything he does. In this vein, Rebbe Levi Yitzchak of Berditchev would sing his Dudele song (“du” in Yiddish means “you”): “Up – You; down – You; east – You; west – You; south – You; north – You. Everywhere I look, it’s You, You and You again.”

Jacob Needs Both Rachel and Leah

Jacob was a “tent-dweller,”[2] who studied Torah for fourteen years[3] before continuing his journey to find himself a wife. During this entire period, he deprived himself of sleep.[4] Nonetheless, his main interest was in mundane reality. This is why he was attracted to Rachel, not Leah. Unending meditation on God’s secrets is a pleasant pastime, but the revealed world requires rectification.[5] Chassidut explains that the redemption depends on “the construction of the persona of Rachel.” The hidden dimension is already rectified; our main task is to rectify mundane reality.

Yet, God wanted Jacob to marry Leah too. This teaches us that we should never discard our interest in the hidden dimension. Ultimately, we must inject it into the revealed aspects of reality. If we suffice with the simple awareness that God is King, without experiencing the inner world, we are liable to be drawn into material temptations. We must delve deeper and deeper into the mysteries of the Torah, to fathom the hidden depths of its ocean. When we return to mundane reality after such a voyage, we see it in a new light. Rebbe Levi Yitzchak of Berditchev could sing his simple Dudele only because he was wholeheartedly attached to the concealed world.

By the same measure, we cannot dispense with seeking the Divine aspect that lies within the mundane. However wondrous Leah’s meditation on God’s secrets, Rachel’s direct awareness of “I place God before me at all times”[6] is even more captivating. Its innocent wonder is an awareness of our infinite distance from God. This is even more enchanting than pondering the lights and worlds of the upper spheres, where God seems to be closer and more accessible.

By rising higher, we absorb infinitely more Divinity. Every finite achievement is a drop in the ocean with reference to the infinite. Rachel understands that instead of rising heavenwards to discover “lofty lights” we need to see the essence of God that illuminates mundane reality. Rachel teaches us the wonder of God even more than her sister does.

The higher we rise towards the transcendent light, the more profound are the mysteries we reveal. The simple recognition that God’s immanent light is His kingdom on earth reveals the tremendous marvel – God Himself – Who chooses our world and re-creates it at every moment.

“House of Jacob, let us go and we shall follow in God’s light.”[7] May we all join Rachel with Leah in Jacob’s home. Let us grow with the marvel of God’s immanent light and infuse ourselves with the secret of His transcendent light. Like Rachel ad Leah, “who constructed together the house of Israel [i.e., Jacob],”[8] so, studying the revealed Torah together with Torah mysteries manifests the perfect Infinite Light of God.

Photo by Will Truettner on Unsplash

[5]        See above, Parashat Toldot with reference to Jacob’s “service of clarifications."