The Arizal explained the following about the 127 years of Sarah’s life:

“The life of Sarah was one-hundred years and twenty years and seven years.” The reason for this number is that it corresponds to the backside of the holy Name Adni [אדני ] whose numerical value is 126, like so: א אד אדנ אדנ־י . In our explanation of the holy Names, we said that this Name, Adni, is in the crown of [the partzuf of] Nukva, and it is the life-force of the feminine. Sarah’s number of years corresponds to this: the value of the Name, 126 plus 1 for the Name itself, 127.

There is a special connection between Abraham and the holy Name Adni, as Abraham was the first to call God by this holy Name. From the Arizal's explanation, we realize that this innovation was inspired by his wife, Sarah.

As the astute student may have noticed, the first two words of our parshah equal exactly the value of Adni: ויהיו חיי = אדנ־י . We have already encountered this division of Adni, אדנ־י = 65, into the value of these two words: ויהיו = 37 and חיי = 28. This was in relation to the angels that came to visit Abraham (and Sarah). There we saw that the value of the phrase “three men,” שלשה אנשים is equal to the product of 37 and 28: שלשה אנשים = ויהיו ∙ חיי ! This is a beautiful allusion to how the coming of the three angels at the beginning of the previous parshah not only heralded Isaac’s birth, but the name (and thus, the essence) of our entire parshah. Not only that, but as explained in yesterday’s teaching, the 37 (the numerical value of ויהיו ) years of life (חיי , in Hebrew) that Sarah merited after giving birth to Isaac—they too were a consequence of the angels’ visit in the previous parshah.

One more point to note about the value of the backside of Adni, א אד אדנ אדנ־י = 126, is that it is also the product of 7 and חי , “living,” or the product of 6 and the holy Name אהיה , or 6 times יהו , the 3 unique letters of Havayah, God’s essential Name, corresponding to their six possible permutations.1

In the passage quoted above from the Arizal’s teachings, it is explained that the holy NameAdni, which normally corresponds to the sefirah of kingdom,2 corresponds to the crown of the feminine partzuf, Nukva. It is important to know that the Arizal’s teachings include the most profound and complex description of the maturation of the feminine aspect of the universe. This is because the feminine, especially its consummate expression in the sefirah of kingdom, represents the revealed kingship or sovereignty of God over creation. The complete maturation and revelation of God’s inherently omnipresent Providence over all of creation is called the redemption. If one would like to strike a modern chord, one would say that the possibility of a rectified feminism is one of the signs of the approaching redemption of our present level of existence.

The Arizal explains3 that as the Nukva starts its process of maturation, it is at first a single point of light that is situated on the backside of the sefirah of beauty of partzuf Ze’er Anpin, its masculine counterpart. In fact, one of the etymologies of the word “Nukva,” which literally means “female” in Aramaic, is from the word נקב meaning “perforation,” or “hole.” As the Arizal explains, the Nukva begins from a hole or perforation in the backside of the Ze’erAnpin’s sefirah of beauty through which light can pass and begin to mature the Nukva. Thepartzuf of Nukva serves overall as the sefirah of kingdom of Ze’er Anpin. Maturity shifts the location of the Nukva’s connection with Ze’er Anpin in stages, but the first connection at the backside of Ze’er Anpin’s beauty remains forever intact, if only with the Nukva’s sefirah of crown. It is the Nukva’s sefirah of crown that the Arizal corresponds with the holy Name Adni. Thus, we have that on the one hand, Adni is forever the Name connected with the sefirah of kingdom, the Nukva, and yet is associated in particular with its crown.

So much for a technical understanding. How are we to understand the Arizal’s technical description experientially? The first thing to note is the notion of a backside. As discussed many times, in Kabbalistic language the back symbolizes that which is non-conscious, or that which occurs in the background. That this link between the crown of the Nukva and the backside of the beauty of Ze’er Anpin is symbolized by the backside of the holy Name,Adni [א אד אדנ אדנ־י ] indicates that it is essentially a substrate connection that should remain in the background. That the crown of Nukva here is forever connected to the backside ofZe’er Anpin (as opposed to facing her husband face-to-face), symbolizes a state of dependency, as we shall see.

Since Nukva represents the process of redemption and Ze’er Anpin represents the manifestation of God in our limited reality, this leads to the experiential interpretation of the backside of Adni as symbolizing the subconscious but constant Jewish experience that the redemption requires the mercy of Heaven. Regardless of how much we act, in the end, it is necessary that the Almighty (here symbolized by the partzuf of Ze’er Anpin) place upon our actions and upon us ourselves His mercy (the inner aspect of the sefirah of beauty). But, it is important to stress that Kabbalistically, the constant acknowledgment of the necessity of God’s mercy for the redemption to occur remain subconscious, or in the background. If it moves to the foreground of one’s experience it leads to inaction and a feeling of lack of accountability or even worse, despair; as if there is nothing that I can do personally to bring the redemption.4

The healthy attitude of the essence of the Jewish people is experienced when an individual Jew feels: “I want with all my strength to bring redemption to the world (and will do everything in my power to advance this cause), but I also know (sensing God and remaining humble before Him) that success completely depends on the mercy of Heaven. Indeed, once the redemption is complete, Nukva and Ze’er will face each other face to face and the crown of Nukva will share the same space as the crown of Ze’er.

One of the most beautiful things about this whole teaching from the Arizal is that he showed that it is the inner meaning of the verse: “Forever, Havayah, Your word stands in the Heavens.”5 “Your word” refers to the redemption, or the crown of the Nukva, alluding to its capacity as the revelation of God as the omnipresent Sovereign over everything, a revelation that is likened to speech as in the verse: “For the word of a king is his sovereignty, and who can tell him what to do?”6 The Heavens symbolize the sefirah of beauty (just as they do in the first verse of the Torah). Finally, the verse describes their permanent “forever” connection.
The gematria of the verse “Forever, Havayah, Your word stands in the Heavens” in Hebrew לעולם י־הוה דברך נצב בשמים is 962, which is the product of 26 and 37, or י־הוה“Havayah” and ויהיו , the first word of our parshah.7 If we add to this verse the number 127 that the Arizal associates with it [the backside of Adni, as above] we get 1089 = 332, where 33 is the numerical value of the word גל , meaning “open,” as in the verse “Open my eyes and I will see wonders of Your Torah.”

Sarah is considered to be the rectification of Eve, who Adam perceived as “the mother of all life.” Indeed, the years of our matriarch Sarah’s life are the life blood of the innermost desire of the Jewish people to bring the redemption while at the same time feeling and knowing that it depends on the mercy of the Almighty.

The Name of 42 letters

Note that 42 is the numerical value of אמא , “mother.”

The Name of 42 letters is the mechanism for the elevation of all worlds. Thus, by binding and connecting with “the life of Sarah,” (the name of our parshah, in translation) who is the most perfect expression of the Messianic state of “the woman of valor is the crown of her husband,” one can elevate and go from strength to strength. Such an ascent is a prerequisite for the ultimate revelation of God: “They shall go from strength to strength—in Zion, the strength of God will be seen.”9

For the advanced student

If we add 2 to 3701, where 2 represents the highest point of the lower world which elevates to cling to the lowest point of the higher world, we get 3703, which is the product of 7 (there are 7 Names in the Name of 42 letters) and 529, the numerical value of תענוג , “pleasure.” 529 = 232, where 23 is the numerical value of חיה , “the living one,” Eve’s intended name before she sinned. In the crown, here in particular, in the crown of the Nukva, pleasure is the inner motivator of will. Thus when the highest point of the lower world (the partzuf of Rachel, the world of speech) is able to elevate to become one with the lowest point of the higher world (the partzuf of Leah, the world of thought), the source of all pleasure, the source of life can be experienced.

4. In our volumes on Malchut Yisra’el (roughly translatable as The Kingship in Israel) there are a number of articles (most notably “Who Holds the Key to Redemption?”) in which the shortfalls of both the Zionist and the ultra-orthodox approaches to the redemption are analyzed based on this notion of the Arizal. In its 19th and 20th century incarnation as a political movement, Zionism cut itself off from the need for God’s mercy as a necessary component of the redemption. Because of its lack of acknowledgment of God’s role, Zionism developed a soulless and visionless attitude to the future of the Jewish people. On the other hand, to some extent at least, Zionism was reacting to the ultra-orthodox approach, which squarely placed the full responsibility for the redemption in the bosom of the Almighty alone, leading many to despair of the redemption altogether.
The happy paradoxical state that combines both the assuming of full responsibility for the redemption and acknowledging the need for God’s mercy has so far eluded the leadership in the Land of Israel, but is perhaps the single most important contribution of Chassidic teachings that can transform our current state of affairs as a nation. As stated in the prophets, the redemption can come (the Nukva fully matures) if and only if we seek both a king and God, at the same time (see Hosea 3:5).

6. Ecclesiastes 8:4. The sages write that the word of God refers explicitly to the redemption; see Shabbat 138b.

7. The simplest word with gematria 37 is הבל , either the name of Abel, Adam’s second son, or “air.” 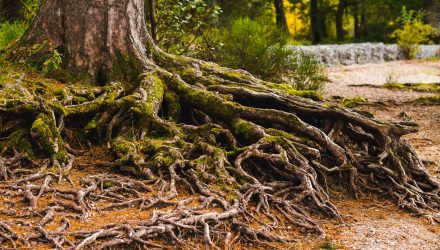 Who doesn’t want to stay young forever? So many people do not like the sight of their aging faces. They fight their wrinkles and white hair and