The two kings are thus Judah and Joseph. Judah was the king among his brothers, while Joseph was a king in Egypt. Parshat Vayigash thus begins with the meeting of the two kings. This meeting has tremendous significance, both in the development of the storyline in the Torah and in its meaning for all future generations, as it is known that everything that occurred in the patriarchs’ lives is repeated in our own lives. Judah corresponds to the sefirah of kingdom; Joseph corresponds to the sefirah of foundation. At the very edge of the sefirah of foundation, is its crown, which is the source of the sefirah of kingdom of Ze’er Anpin is revealed. As explained in the Arizal’s writings, this aspect of the kingdom of foundation is embodied by Ephra’im the son of Joseph….Read More…

In parashat Vayigash, the word "still" is repeated many times by Jacob and Joseph when they find out that both are still alive. This word in Hebrew refers to the eternity of their bodies. This article explores the special relationship between the body's eternal existence and the month of Tevet. Read More…

The phrase spoken by Jacob, "My son Joseph is still alive" and the phrase "the tree of Josepoh" from the haftarah are equal in value. In this special address made to Gal Einai students in Mexico, Harav Ginsburgh explains the special role of non-Jews who are drawn to the study of Torah and to the Jewish people. Read More… 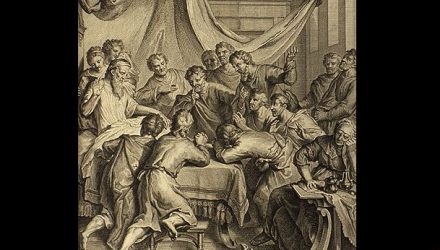 Izhbitz and Chabad This year, Shabbat Vayigash is the 7th of Tevet, which is the yahrzeit (day of passing) of the Izhbitzer Rebbe, Rabbi Mordechai Yosef Leiner

Parashat Vayigash, the 11th and second-to-last portion of the

“And he fell on the neck (tzavarei) of his

The Inner Dimension of Vayi...

The surprising inner dimension of the word "Vayigash."