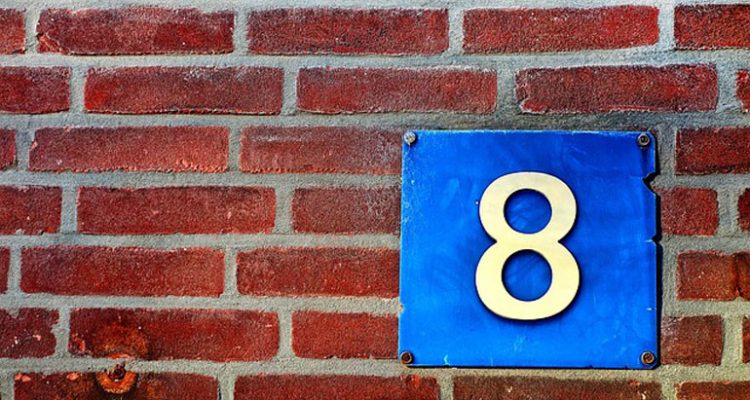 Eight represents Divine inspiration when it is integrated in our souls

A Number and a Name

The number eight is emphasized as the name of this Torah portion, Shemini, which means “Eighth.” It is the only Torah portion whose name is a number. In certain years (including this year, 5778), outside of Israel we read from this portion a total of eight times.[1] A popular saying highlights the similarity between the three Hebrew words, “Shemini, Eight – fat” (שְׁמִינִי, שְׁמוֹנָה – שְׁמֵנָה). Quoting this linguistic pun, the Lubavitcher Rebbe, Rebbe Menachem Mendel Schneerson, said that a year in which this portion is read eight times will be a “fat” one, i.e., a year blessed with material and spiritual prosperity.

Numbers are not merely arbitrary values. Each number has meaning, not only as an amount, but as a unique expression of quality. Numbers are the building blocks that construct our world. They are the foundation of human thought. Kabbalah often deals with the qualitative mysteries found in the numerical equivalences of words.

The Torah portion of Shemini is read either on the Shabbat before or after Passover. This reminds us of the poem sung at the conclusion of the Passover Seder, “Who Knows One?”  How did this poem about numbers sneak into the Haggadah?

The Haggadah is the text we read in order to comply with the Torah injunction to relate the story of our Exodus from Egypt to our children. At the Seder, the child asks questions and the father replies.  This is an excellent opportunity to impart to the child (and to ourselves as well) a worldview of holiness. “Who knows one?” instills in the mind a natural association to “One is Hashem.” The same is true for each number and its unique significance.  In Judaism, numbers are associated with meaningful content.

What then, is the meaning of the number eight?

In the Torah, eight often appears in conjunction with the number seven, as in the verse in Ecclesiastes, “Give a portion to seven and also to eight.” Eight often reflects the culmination of a series of seven. The festival of Shemini Atzeret follows seven days of Sukot; Shavuot follows seven weeks of Counting the Omer; and the Jubilee year follows seven cycles of the Sabbatical year. In the Torah portion of Shemini, there is special significance to the eighth day of the inauguration of the Tabernacle.

The number eight represents the Divine light that surrounds all worlds. It is the miraculous level of being that is beyond nature. When revealed, it inspires the natural world to reveal Divinity.  In the poem, “Who knows one?” the reply to “Who knows eight” is “Eight are the days of circumcision.” A Jewish boy is circumcised on the eighth day after birth. This manifests the Jewish ability to connect to and reveal a higher dimension of consciousness. On the national level, this manifested in the miracle that took place on the eighth day of the inauguration of the Tabernacle. The revelation of Divinity is beyond the serene cycles of nature. The moment Divine light is infused into the finite realm of reality is intensely awe-inspiring. As Moses and Aaron blessed the nation, fire descended from heaven upon the altar and the entire nation “fell on their faces,” before the revelation of the Divine Presence.

The commandment to circumcise a Jewish boy on the eighth day after birth appears in Tazria, the Torah portion that follows Shemini. This is another indication that “Shemini, Eight – fat” (שְׁמִינִי, שְׁמוֹנָה – שְׁמֵנָה).  A year when Shemini is read eight times is propitious for a woman to become “fat” in pregnancy. Then she merits to perform the commandment, “When a woman conceives and bears a male… on the eighth day shall his foreskin be circumcised.”

From Moses to Aaron, Seven to Eight

During the inauguration of the Tabernacle, Moses served as High Priest. For seven days, he played the starring role. Moses has a unique relationship with the number seven. He is the seventh generation from Abraham (Abraham, Isaac, Jacob, Levi, Kehat, Amram and Moses). Regarding Moses, the sages state that “All sevenths are beloved.” The Midrash explains that immediately after creation, the Shechinah (the Divine Presence) hovered just above mundane reality. All that was required to manifest the supernatural in the natural world was for man to refine himself by keeping the one commandment not to eat from the Tree of Knowledge. But, Adam and Eve sinned, and the Shechinah removed itself to the first heaven above mundane reality. After each successive sin of mankind, it distanced itself further until it reached the seventh heaven. Abraham brought it down to the sixth heaven, Isaac to the fifth, Jacob to the fourth and so on, until Moses, “the beloved seventh,” erected the Tabernacle and brought the Shechinah back to ground level on the seventh day.

On the eighth day of inauguration, Aaron took over from Moses. He became the High Priest, and the antecedent of all future High Priests. Like his younger brother, Moses, Aaron is also the seventh generation from Abraham. In terms of bringing the Shechinah into the world, he is the “eighth generation.” He completed the work of the seventh generation. Moses is the ‘hero’ of the generation that received the Torah. The eighth day of inauguration was Aaron’s day. Aaron’s connection to the number eight manifests in the eight garments worn by the High Priest.

The numerical value of Aaron (אַהֲרֹן) is 256, which is the product of 32 and 8. One permutation of Aaron (אַהֲרֹן) means “has appeared” (נִרְאָה). This word appears in the phrase following the inauguration of the Tabernacle, “For on this day, God has appeared to you.” The clouds of glory that surrounded the nation in the wilderness were in Aaron’s merit. Aaron’s name clearly alludes to sighting the Shechinah, which manifested in the fire that descended upon the altar, and in the cloud that appeared at the entrance of the Tent of Meeting.

Technically speaking, Aaron’s children are the eighth generation from Abraham. They also play a principle role in this Torah portion. Two of Aaron’s sons, Nadav and Avihu die in their overly fervent service of God. Another son, Elazar, succeeded his father as the High Priest while Moses was still alive. He and his brother Itamar, Aaron’s fourth son, eventually merit entering the Holy Land to completely reveal the Shechinah there.

Despite Aaron’s major role in the Torah portion of Shemini, he cannot be separated from Moses. Bringing the Shechinah into the world can only be achieved by both of them together. This is emphasized in the verses. After all the sacrifices that Aaron offered, the Shechinah did not appear until Moses and Aaron entered the Tabernacle together and blessed the congregation upon their exit.

Seven is the culmination of the natural world, like a soul that pervades a body and animates it. The number eight is supernatural perfection. In Chassidut, these two levels relate respectively to “immanent light” that pervades reality and “surrounding light” that hovers above reality. The intense light of the supernatural appears to lack the ability to truly infuse mundane reality without shattering it. Yet, the ultimate goal is to unite the two forms of light. The greater, surrounding light must be drawn completely into our reality. It must constantly be integrated in us until it empowers our psyches.

This union is achieved by the combined forces of Moses and Aaron. Aaron draws the surrounding light down to our level in the shining Clouds of Glory, while Moses absorbs the light and integrates it within us. Like Torah study that is grasped by the mind until becomes a part of our being; like the manna which fell in Moses’ merit and was absorbed into our bodies, so too the Shechinah is absorbed into our being, “And I shall dwell amongst them – within each and every Jewish individual.”

A new meaning becomes clear about the number eight. First, we saw that the number seven expresses one complete cycle of nature. The number eight is a quantum leap above nature. This brings us into a new dimension. But, in fact, eight elevates us to a new first. Like an ever-ascending spiral, we return to the initial level to contemplate it from a higher realm.

The regular musical scale is composed of seven notes. The note following the seventh brings us into the next, higher octave. This process is infinite. The special note of the eighth day when the Shechinah resides amongst the Jewish people brings the highest Divine light into our consciousness and integrates it into the innermost being of every Jewish soul.

This year (5778) in which Shemini is read eight times, is propitious not only as a fat and fruitful year, but also a year in which sevens and eights are united. The numerical value of “Seven, eight” (שִׁבְעָה שְׁמוֹנָה) is 778 (תשע”ח).

[1] This phenomenon occurs when the first night of Passover (the Seder night) falls on Shabbat, as it does this year (5778). The first time we read from Shemini is at the Minchah service on Shabbat Hagadol (the Shabbat preceding Passover), on the Monday and Thursday before Passover, at Minchah on Shabbat (the first day of Passover), at Shabbat Minchah on the eighth and last day of Passover (outside of Israel), and on the Monday and Thursday and Shabbat (morning) following Passover (i.e., 3 times before Passover, 2 times on Passover and 3 times during the week following Passover). 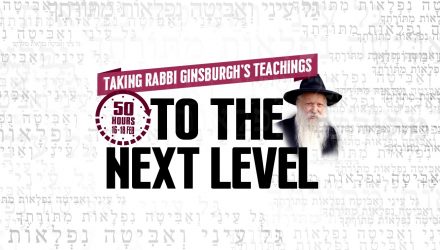 Do you want to give back to Rabbi Ginsburgh for all the times his wisdom has inspired you? Now is your opportunity to help Gal Einai continue

In this exquisitely insightful excerpt, Rabbi Ginsburgh guides us