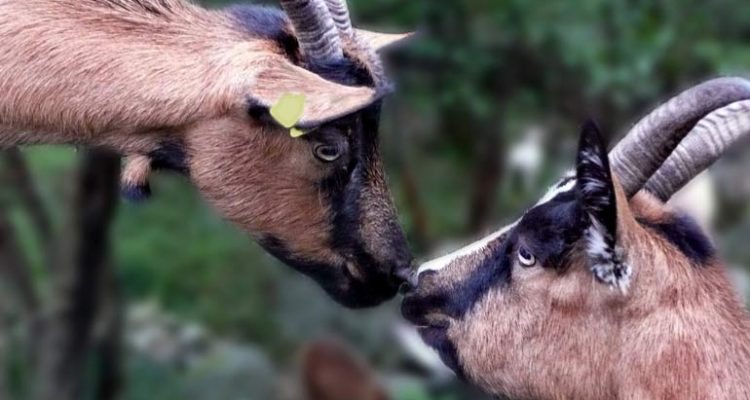 Parashat Vayikra delves into the world of sacrifices. A world containing a wealth of halachic details. A sacrifice is not merely a technical act. It must also be accompanied by deep introspection that leads to inner transformation. Jewish law requires that the sacrifice is accompanied by teshuvah (repentance), otherwise it does not atone for the sin. The mitzvah of teshuvah and confession appears with reference to the sacrifices.

The words “sacrifice” (קָרְבַּן) and “coming close” (הִתְקָרְבוּת) are related to the same Hebrew root (ק־ר־ב). God abhors a sacrifice that is not an expression of coming close to Him. The Prophets state: “‘Why do I need [lit.: “For what to Me”] the profusion of your offerings,’ says God.”

Every day we pray that the Temple services be reinstated. For the time being, we can occupy ourselves with the deeper significance of this service for us even now by contemplating two different types of sacrifice.

The most stringent punishment for any sin is the severance of the soul from its conscious connection to God. One example of a sin punishable by severance is desecrating Shabbat. But, the sinner is only liable to this penalty if he sinned intentionally. If someone unintentionally transgressed because, for example, he forgot that it was Shabbat, his soul will not be severed from its connection to God. Instead, he is obligated to bring a sin offering. A sin offering is an obligatory sacrifice offered after unintentionally transgressing a sin that is punishable by severance of the soul.

The Burnt Offering – Elevation and Nullification

A burnt offering also contains an element of atonement (therefore one must confess over it). Nonetheless, this is atonement for subtler sins – such as not performing a positive commandment (as Rashi explains), or for sins that an individual planned to do, but in practice, did not perform them (as Nachmanides explains). In either case, the sages define a burnt offering as a “contribution,” as if the individual is giving a gift to God. In contrast to a sin offering, a burnt offering can be offered electively.

As its name implies, the olah (עוֹלָה), the “burnt offering” is burnt completely. Psychologically, this represents the individual’s upward movement toward God, aspiring to the peak of selflessness. Striving to reach God, the individual’s consciousness is elevated until it is integrated in His essence. By overcoming his innate egocentricity, the individual’s personality rises and is nullified at its Divine source. The ego has no existence of its own. Once it is nullified, the individual becomes aware that all that exists is Divinity.

“God is strict with the righteous to a hair’s breadth.” Even the greatest tzadik (righteous individual) needs to atone for his sins. “There is no righteous individual in the world who does good and does not sin.” The olah can atone for sins that have no explicit atonement in the Torah. The sinner places his hands on the head of the animal before it is slaughtered and confesses for his sin.

Each time one reveals a flaw in one’s actions, a subtler flaw is exposed. Whereas a regular person may elect to sacrifice a burnt offering for not wearing tzitzit, for example, a more righteous individual may choose to do so because he has not given generously enough to charity. A regular person might bring a burnt offering for not saying Kiddush on Shabbat, a righteous individual may do so for thinking an impure thought. Disciples of Rebbe Elimelech of Lizensk once found him doing heartfelt teshuvah (repentance) over the fact that when he was an infant he bit his mother while she was nursing him. The righteous individual’s upward trend towards selflessness is accompanied by his enthusiasm to contribute his entire being as a gift to God. The sages refer to the souls of the righteous as “the sacrifices of Israel” (אִשֵׁי יִשְׂרָאֵל).

Blood from a sin offering is placed upon each of the four horns at the head of the altar. In contrast, blood from the olah (the burnt offering) is sprinkled at two points at the base of the altar. It is handled less than blood from a sin offering. Blood is “the soul” of the animal, corresponding to the soul of the sinner. Since the entire offering is burnt on the altar, the blood too is nullified and included in Divinity. By identifying with his sacrifice, the soul of the sinner is rectified. His soul is burnt up in love of God, as in the poignant words of the poet, “I will sacrifice my only soul to Him as an offering” (לְקָרְבַּן אַקְרִיב לוֹ אֶת נַפְשִׁי הַיְחִידָה).

King David said of himself, “I am lowly in my eyes,” referring to his sense of lowliness towards God. Although lowliness is similar to selflessness, they are two different types of service. One might say that they are opposites.

A selfless individual is one who rises upwards, nullifying himself in God’s Divine light. He transfers his sense of existence to God and lives with a sense that God is close to him. In contrast, a lowly individual senses his distance from God and His light. Way down in the depths, he is well-aware of the perils of his situation. He holds on by the skin of his teeth to prevent himself from committing a serious sin. Lowliness is an existential dependence on God’s great compassion, and total reliance on His support. The lowly individual is shamefully aware of his own concrete existence. His awareness intensifies his sense of lowliness. The lowly individual is far-removed from the sublime ideal of selflessness.

Plummeting into the abyss by unintentionally profaning the Shabbat, for example, triggers the sense of lowliness in the soul. It comes with the realization that, had I been sensitive enough and sufficiently nullified to God, I would never have sinned. The very fact that the sin was unintentional testifies to how truly distant I am, so much so that I sinned because of a lack of attention. If it had been truly important to me, it would never have happened! The obligatory sin offering is an expression of my lowly state.

In contrast to the burnt offering, only certain limbs of the sin offering are burnt on the altar. This reflects the sinner’s sense that the sin separates between him and God. The sacrifice is an appeal for atonement. “Blood is the soul,” with which I sinned by not supervising the minutiae. Atonement comes by paying special attention to the blood, the life-force of the sacrifice.

Lowliness reflects the consciousness of the month of Tishrei, when we are preoccupied with repenting for our sins. The most sacred sin offering is offered on Yom Kippur. Blood from the Yom Kippur sin offering is brought directly into the Holy of Holies.

The service of lowliness reflected in the sin offering has a certain advantage over the service of selflessness, the burnt offering. Lowliness exposes my essential, existential dependence on God. Identifying with the sin offering penetrates the innermost depths of the soul, to refine my deepest flaws.

In the order of the Torah portions, Parashat Vayikra is always read in proximity to Rosh Chodesh Nisan. The first sacrifice detailed in the parashah is the burnt offering. On the first day of Nisan, after the dedication of the Tabernacle, Moses relayed the portion referring to the burnt offering to the Jewish people. During the month of Nisan, we are liberated from the straits of Egyptian bondage. It is a time of renewal and redemption, when we can escape the evil inclination that constricts our souls. In Nisan we aspire to become righteous individuals whose souls are on fire for God, sacrificed on the altar, Heavenwards.

Q: My birthday is coming