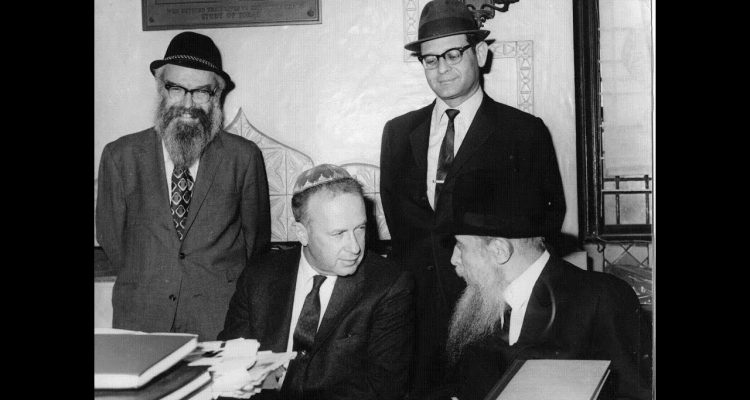 The last verse in the haftarah (the weekly reading from the Prophets) of parashat Balak reads (Michah 6:8), “It has been told to you, man, what is good and what God requires of you, only to do justice and to love loving-kindness and to walk modestly with your God” (הִגִּיד לְךָ אָדָם מַה טּוֹב וּמָה הוי’ דּוֹרֵשׁ מִמְּךָ כִּי אִם עֲשׂוֹת מִשְׁפָּט וְאַהֲבַת חֶסֶד וְהַצְנֵעַ לֶכֶת עִם אֱ-לֹהֶיךָ). This verse defines the good as characterized by three functions: (1) doing justice, (2) loving loving-kindness, and (3) walking modestly.

These three functions of the good life parallel the three triads of faculties in the soul: the behavioral (netzach-hod-yesod), the emotive (chesed-gevurah-tiferet) and the intellectual (chochmah-binah-da’at). The behavioral triad is responsible for doing justice (in order to construct the final faculty, known as kingdom; in this sense all political entities require justice to thrive). The emotive forces are the source of loving acts of loving-kindness. The intellectual triad is at the root of walking modestly.

In the Hayom Yom daily readings compiled by the Lubavitcher Rebbe, it is written that Rebbe Zusha of Anapoli interpreted the word teshuvah (meaning repentance and written תְּשׁוּבָה) as an acronym, each letter representing a phrase taken from the Bible and that begins with that letter. Together, the five phrases, explained Rebbe Zusha comprise the service of repentance. For the last letter, hei, Rebbe Zusha wrote that the corresponding verse is the verse quoted above (from Michah), which begins with the letter hei, “to walk modestly with your God” ([וְ]הַצְנֵעַ לֶכֶת עִם אֱ-לֹהֶיךָ). This phrase is connected by the haftara to the verse in the Torah portion of Balak, “Behold a nation that dwells alone.” Today, we think that Chabad is all about “ufaratzta,” spreading the light of Chassidut throughout the world. But here we see that the the main principle is to “walk modestly,” called in Yiddish ohn blitos, meaning ensuring that we do not stand out, that we have no nobs or bulges that would rub up against others. This is the principle that when it comes to serving God, you should not make it a public matter, but rather, keep it strictly between you and God. The energy in the intellectual triad is described as, “light that shines inward,” as opposed to the energy of the emotive triad, which is shining light outward.

There is a special story on the verse from this Torah portion, “Behold, a nation that dwells alone.” In 1973, former Israeli Prime Minister Yitzchak Rabin was in a yechidus, a private audience with the Lubavitcher Rebbe. The discussion in the yechidus revolved around “a nation that dwells alone.” Later, in 1976 or 1978, the Rebbe called upon one of the influential Chabad chassidim at the time, Yitzchak Gansburg and gave him a directive: If three signs will take place – that on a given Shabbat there will be a Shalom Zachar (baby welcoming celebration) in the synagogue where you are praying and that you will be asked to be the chazan (prayer leader) and another sign that we do not know – go to Rabin and ask him if he remembers our yechidus. If he says that he remembers, tell him, “You have been warned.”

Many years passed and Rabin, relating to the Oslo Accords that he passed through the Israeli parliament at the time, said the complete opposite: from now on, Israel will no longer be, “a nation that dwells alone.”

One Shabbat in 1995, a Shalom Zachar was announced in the synagogue in which Yitzchak Gansburg was praying. Not only that, but they called upon him to be the chazan and the third sign materialized, as well. He remembered the yechidus with the Rebbe and the next day, Gansburg called Prime Minister Rabin’s  office and told them that he had an important message for the Prime Minister from the Lubavitcher Rebbe.

This was two years after the third of Tamuz, and the people in the Prime Minister’s office did not take Gansburg seriously. But like a good Chassid, he did not despair. He took out an ad in the newspaper that said that he has a message from the Rebbe for the Prime Minister, but he was not willing to listen. Shortly afterwards, Gansburg got a call from the PM’s office that they had alloted a few minutes for him to enter and give his message to Rabin. Gansburg went and asked Rabin if he remembered his yechidus with the Rebbe in 1973. Rabin affirmed that he did. Then Yitzchak Gansburg said to him: The Rebbe told me to ask you, and then to tell you, “You have been warned.” Rabin turned pale. He was assassinated several months later…

As much as our mission as Jews is to influence the nations of the world, our strength and steadfastness comes from being “a nation that dwells alone.”

The Inner Meaning of Infertili...