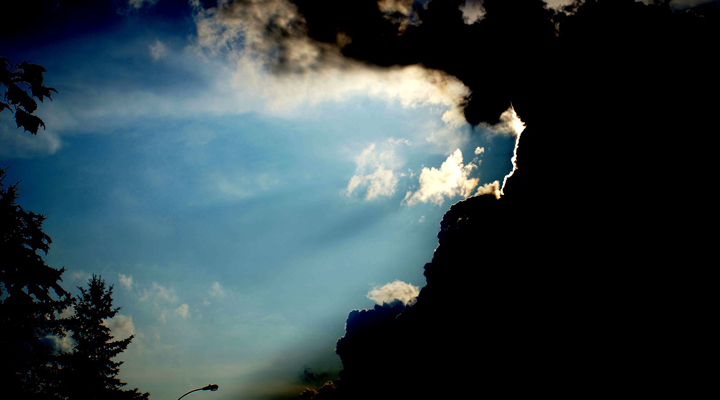 Parashat Balak: Turning a Curse into a Blessing

In this week’s Torah portion we read how Balak, King of Moab, hired Balaam, an expert sorcerer, to curse the Jewish people, in an attempt to divestMoabof the threat that he felt they imposed upon them. On three attempts Balaam had Balak sacrifice seven oxen and seven rams, a total of 42 sacrifices, but every time, instead of Balaam receiving a prophecy that would curse the Jewish people, the prophecy was one of blessing. God had turned Balaam into an instrument to bless His people.

The Talmud[1] teaches us that even though Balak had ulterior motives for sacrificing the 42 animals to God, his reward was his descendant Ruth, the Moabite princess who converted and married Boaz out of whom came King Solomon who offered 1,000 sacrifices – a precursor to Mashiach. On the other hand, Balak’s 42 sacrifices were the spiritual source of a tragedy in which 42 children who had scorned the prophet Elishah and whom he had cursed were devoured by two bears from a forest (2 Kings, ch. 2).

After Elijah’s death, his disciple Elishah, dwelt in Jericho where the local water was bitter and unfit for drinking. A band of children earned their livelihood by bringing fresh water from afar but when Elishah miraculously sweetened the waters there these children followed Elishah and scorned him, nicknaming him “baldy.” Elishah cursed them and then two bears came out of the forest and devoured 42 of the children. Even though Elishah was the most righteous of prophets, he became the instrument for actualizing the curse that Balak wanted to bring on the Jewish people. In fact, the Arizal explains that the two bears that devoured the children harbored the incarnated souls of Balak and Balaam.

From this terrible story we learn that indeed there was some power in the sacrifices brought by Balak, and as great a prophet that Elishah was, he was only successful in directing that power to those, who according to the letter of the law, deserved it. Elishah lashed out harsh, chaotic judgments alluded to by the fact that Elishah’s name (אלישע) has a numerical value of 411, which is also the numerical value of “chaos” (תהו). Theoretically, Elishah’s curse was justified, because these children were delinquent, wicked, and deserving of punishment, as the Talmud[2] explains. Yet, Elishah’s approach was not the best educational route to take and he was later afflicted with illness as punishment for this act.

In the Zohar on this week’s Torah portion, we find a story that if contemplated correctly has the power to rectify these 42 children and all the children of the world, each of whom has the potential to become Mashiach.[3] The story begins when two of Rabbi Shimon bar Yochai’s students visit the home of Rabbi Himnuna Saba, who was on the same exalted level of spirituality as Rabbi Shimon bar Yochai (Rashbi) himself, like a spiritual brother. Rabbi Himnuna Saba had already passed away, and the two visitors were in fact unaware that this was his home. His widow invited them in and her young son came home from school early that day. Realizing that these were holy men, the mother told her son to approach them and ask for their blessing. However, on approaching them, the child recoiled and told his mother that he could not come near them because they had not yet read the Shema that day in its time. The two men overheard his words and were astounded because indeed they had been involved in another great mitzvah (of providing for a groom and bride) from early that morning and had thus been exempt from reading the Shema in its time. They asked the child how he knew this and he replied that he had smelled it from their clothing.

Jacob’s Blessing to the Children

Now, the sense of smell is the most messianic sense because we are taught that the Mashiach will be able to confirm the truth just by using his sense of smell.[4] So we see that this child certainly had a spark of Mashiach in him, and he continued to astonish the men with his knowledge of Torah and his esoteric innovations. Unable to reply to his profound Torah knowledge, the men asked him his father’s name. The child consulted with his mother and then told them that had they been worthy of it, his father’s soul would have accompanied them as an Arab traveler; therefore he would not tell them who he was. The child then proceeded to explain Jacob’s blessing to Ephraim and Menasheh, his grandsons from Joseph, “May the angel who redeemed me from all harm bless the youths, and may they be called by my name and the name of my fathers, Abraham and Isaac, and may they multiply abundantly like fish, in the midst of the land.”[5]

The two men returned to Rashbi and told him about this special child and Rashbi revealed to them that he was Rav Hamnuna’s son.

On hearing of this child prodigy, Rabbi Shimon’s own son, Rabbi Elazar, decided that he too must meet him. In his commentary on the Zohar, Rabbi Levi Yitzchak, the Lubavitcher Rebbe’s father, explains that since Rabbi Shimon bar Yochai is like a brother to Rav Hamnuna Saba, Rabbi Elazar sensed that his son must be his own spiritual partner. So, once, when Rabbi Elazar was on his way to visit his father-in-law, accompanied by Rabbi Abba and Rabbi Yosi, they took a detour and went to visit the child. While walking, they discussed the difference between the two nations of Amon andMoab. Incredibly, when they arrived, the child greeted them by telling them that he smelled from their clothing that Amon andMoabhad been “aggravating” them and he taught them how to overcome the impure influence of these two enemies. After discussing much Torah together and eating a meal with the child, the three men left.

Upon returning to Rashbi, he revealed that this child prodigy was not destined to live a long life, but he prayed that he should outlive his mother so that she would not suffer seeing her child pass away, and his prayers were answered.

Although the hero of this story is Rabbi Himnuna’s son, it is actually the boy’s mother who holds the secret of the number 42, a fact that is alluded to in the numerical value of “mother” (אמא), 42. In fact, in his commentary on this passage of the Zohar, Rabbi Levi Yitzchak explains that on the day that the first visit occurred, the fact that the boy returned home to his mother early represents the rising of his spiritual consciousness to the level of the “Supernal Mother.”

One of the opinions in the Talmud why Elishah considered the 42 children worthy of his curse is that their mothers had conceived them on Yom Kippur, the holiest day of the year, which also corresponds to this level of Mother, when marital relations are strictly forbidden.

So we see that Rabbi Himnuna’s wife and their son hold the key to rectifying Elishah’s curse on the 42 children.

Above, we saw that every child has the potential to be Mashiach and that Rabbi Himnuna’s young son in particular, mentioned in the Zohar on the Torah portion of Balak, revealed that potential. We also saw that Balak’s sacrifices were rewarded in that Ruth, and eventually Mashiach, would be his descendants. In fact, Maimonides[6] states that there is one section in Balaam’s last prophecy that relates explicitly to Mashiach:[7]

“I see him, but not now; I behold him, but not soon. A star has stepped forth from Jacob, and a tribe has arisen fromIsraelwho will crush the princes ofMoaband uproot all the sons of Seth.Edomshall be possessed, and Seir shall become the possession of his enemies, andIsraelshall triumph. A ruler shall come out of Jacob, and destroy the remnant of the city.”

The eleven different phrases in these three verses all relate to a different spiritual aspect of the Mashiach, beginning with the initial aspect of self-sacrifice, as the Lubavitcher Rebbe taught.[8]May we soon merit the revelation of Mashiach to all ofIsraeland to the entire world. 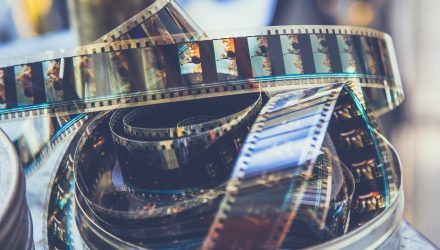 What power did Bil’am have to curse? Our Sages say: Bil’am knew how to identify the moment at which God is angry, as is written, “For a

Q: I understand that God rewards even those people

A Nation that Dwells Alone ...

The last verse in the haftarah (the weekly reading

The yahrzeit (day of passing) of the holy Rabbi