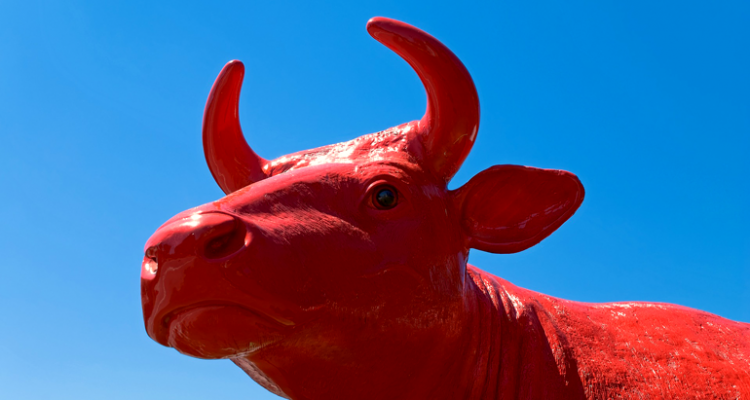 The most stringent type of impurity is tumat met (טוּמְאַת מֵת), associated with the opposite of life. Death is “the first and foremost cause of impurity.”[2] In halachah (Jewish law), an individual who comes into contact with, carries or is under the same roof as a human corpse becomes ritually impure.[3] In this state, any individual or object with which he comes into contact becomes contaminated by the same level of impurity. Sadly, we all remain tainted with this impurity until the Temple services are reinstated, may it be speedily and in our days.

In Temple times, in order to return to regular life, the impure individual undergoes a seven-day purification process. This includes sprinkling a mixture of spring water and the Red Heifer’s ashes on the individual by a kohen (priest) on the third and seventh day. After completing this process, the individual then immerses his clothes and himself in a mikveh (ritual pool) and is pure at nightfall.

A paradox is inherent in the Red Heifer. It purifies the tamme met (the individual with the death impurity), but the kohanim (priests) involved in the procedure become impure, albeit not to the same level. They are also required to immerse their clothes and themselves in a mikveh and wait until nightfall to be pure once again.

How to Come Alive Again

The Ba’al Shem Tov was once asked how we can apply the Red Heifer’s apparently ambiguous capacity to our service of God. He explained that sometimes, the evil inclination cunningly attempts to dissuade me from doing a mitzvah or other good deed, claiming that I am not worthy of doing it. Only the righteous should behave in this way, he tells me, in all humility. “Just sit back and don’t do anything” (שֵׁב וְאַל תַּעֲשֶׂה עָדִיף)[4] he may say, using a Talmudic idiom to prove his point. Such a thought should make us see RED.

The stagnancy and inaction implied by death are often contagious. Contamination by psychological “death” of this sort can deteriorate into full-blown depression. When apathy sets in, it erodes the desire to live a vibrant life and demands urgent attention.

The best antidote to such indifference is to make use of the biggest taboo in Chassidic thought―an uplifted spirit! The sages[5] state, “Everyone needs to say, ‘the world was created for me.’” Act now, before it is too late! A comeback like this can purify us of lethargic tendencies and empower us to study more Torah, say another prayer, or do another mitzvah!

The vibrant color of the Red Heifer is associated with a constant flow of dynamic vitality. Its ashes are a highly concentrated essence of life and they are mixed with “living water,”[6] drawn directly from a flowing spring. Together, these two form a most potent elixir that (almost!) has the power to revive the dead.

Encouraging ourselves by saying “The world was created for me!” and reminding ourselves that we are created in God’s image, fills us with the energy and confidence necessary to get up and act! Don’t just lie there like a corpse and do nothing, “In a place where there are no men, try to be a man!”[7]

Beware of an Overdose

After taking a sip of this powerful tonic that revives our positive motivation by puffing up our self-image, we can now serve God with greater intent and fervor. However, we don’t always need the Red Heifer’s vibrant caliber. The Ba’al Shem Tov continues by teaching us how to behave while carrying out the deed that we motivated by our initial spark of conceit:

While occupied doing the deed, beware of any aspect of an uplifted spirit. Humble oneself before God and before all. This is the holy sense of smallness. Do not be misled [to believe] that one is greater than others who do not do this deed. When performing a mitzvah while pure, an uplifted spirit, which contaminates the pure [is undesirable]. An uplifted spirit is a “heifer” (פָּרָה) which swells (מַפְרֶה) and amplifies an individual’s ego…

Apparently, the kohanim who administer the treatment are particularly susceptible to its adverse counter-effects. In order to dispel any excess upliftedness that they might accumulate during the purification process, their status becomes equal to that of the one being purified. They are required to carry out the same steps as he, so that their ego is reset to zero.

Feeling uplifted before doing a good deed motivates us to do it. Yet, while performing the deed and following it through to completion, we need to take the greatest care to avoid feeling smug. We should not allow the self-confidence that we nurtured to motivate the act to effervesce into full-blown self-satisfaction. At this stage, only humility and lowliness should be cultivated. Perhaps this is why only Moses, the humblest of all men, could fathom the secret of the Red Heifer.

There have only been nine Red Heifers in history so far. In the wilderness, Moses’ was the first, followed by eight more, “and the tenth will be made by the Mashiach, may he soon be revealed.”[8] The tenth Red Heifer depends on revealing its secret and the profound rationale behind it. This revelation is related to the royal figure of Mashiach who will be even wiser than King Solomon. In his great wisdom, he will reveal the mystery of the Red Heifer.

“Heifer” (פָּרָה) is pronounced parah. We might be more inclined to associate the Red Heifer’s vivid potency with its male counterpart, the ox. Indeed, until the advent of Mashiach, she remains the ultimate parah-d’ox.