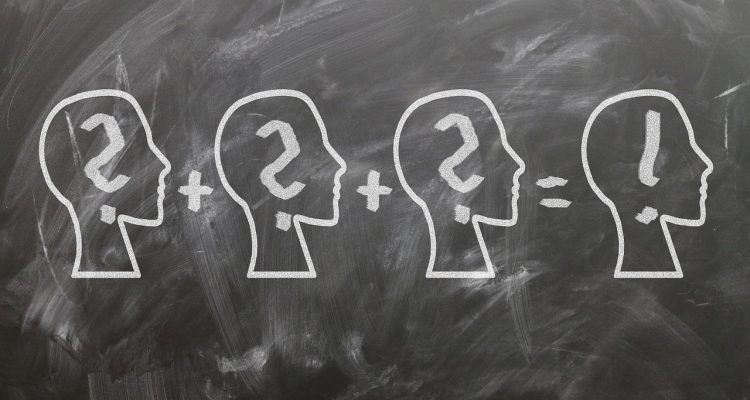 The New Leader of the Generation

At the end of the previous Torah portion, after Balaam’s impromptu blessing to the Jewish People, Balaam proposes that Balak attempt another method to subdue God’s Chosen People. In response to Balaam’s advice, Balak sends non-Jewish women to seduce the Jewish men.  As punishment for their licentious behavior, a plague wiped out many of the Jewish People. The plague ended abruptly when Pinchas publicly decried their behavior by killing Zimri and Kosbi. Then, God told Moses to take a census of the entire Jewish people.

Prior to entering the Holy Land, God commanded Moses to divide the Land of Israel into tribal territories. Knowing that he would not be privileged to enter the Land of Israel himself, Moses asked God to appoint a suitable leader to lead the Jewish People into the land after his death. What qualities would the new leader need?

This Torah portion begins with the great blessing that God bestowed upon Pinchas for his zealous act. We would be justified in believing that Pinchas would be chosen as the next leader of the Jewish People. Moses began his career as leader while still a prince in Pharaoh’s palace. He saw an Egyptian officer attack a Jew with the intention of killing him.[1] The officer had previously raped the same Jew’s wife,[2] and Moses’ instinctive reaction to save his fellow Jew was to smite the Egyptian.  Like Moses, Pinchas was a Levite and his zealotry is clearly reminiscent of Moses’ own self-sacrificial act. Both Pinchas and Moses acted out of a fierce sense of responsibility for God’s people. Taking responsibility during a crisis situation at the expense of one’s own welfare is a sure sign of a true leader. Pinchas therefore strikes us as an appropriate candidate to lead the Jewish people after Moses.

But, God told Moses to appoint Joshua, who served as Moses’ personal assistant for 40 years. Since Joshua’s appointment appears in the Torah portion that bears Pinchas’ name, let’s contemplate the difference between the two.

Pinchas’ swift act brought an end to the plague that eradicated 24,000 Jews. For his dauntless life-saving deed, God blessed him with a covenant of eternal peace and priesthood. All priests have the talent to work quickly,[3] but Pinchas was particularly outstanding in his alacrity.

In contrast, Moses prayed that the new leader should be one who can adjust himself to the needs of anyone who asks for his guidance. This facet of leadership requires a great deal of patience, which was Joshua’s innate talent.

Each quality has its drawbacks too. On the one hand, acting impulsively is liable to lead to chaotic results. On the other hand, despite Joshua’s success as a warrior who triumphed over the nation of Amalek, the sages teach us that Joshua was negligent in conquering the Land of Israel. This negligence resulted from Joshua’s patient nature, which caused him to be somewhat slow in carrying out God’s command.

We learn from God’s selection of Joshua as leader that if faced with a choice between a leader who is zealous and a leader who is patient, it is better to select the person who has patience, like Joshua.

Nonetheless, Joshua’s appointment appears in Parashat Pinchas, which begins with praise for Pinchas’ swift act. This provides inspiration for Joshua’s patient temperament, suggesting that in order to refine his own tendency to bide his time, he should integrate something of the eagerness and agility of Pinchas.

We might say that the ideal leader would be a combination of Joshua together with Pinchas. At first glance, patience and alacrity seem incompatible. A person can either be swift and agile or slow and determined, but not both at the same time. Nonetheless, the Ba’al Shem Tov taught that serving God properly requires us to combine these two qualities and act with “patient alacrity” by directing the force of our eagerness through patient judgment.

In Kabbalistic terminology, Pinchas’ quality of alacrity corresponds to the chaotic lights of the World of Chaos. Joshua’s patience and perseverance are the vessels that can contain them. When the vessels are immature and unrefined, they are unable to contain the volatile energies. In the case of such immature vessels, the influx of excess energy is liable to shatter them. But, those lights are essential to bringing the redemption. The Rebbe (Rabbi Menachem Mendel Schneerson) taught that Mashiach will come when we succeed in containing the lights of the World of Chaos within the stable, refined vessels of the World of Rectification.

The Torah portion of Pinchas concludes with a summary of the various sacrifices offered in the Temple services on Shabbat, Rosh Chodesh and the festivals. These are the musafim, the extra sacrifices that are offered in addition to the two regular daily sacrifices (temidim). Here too, we can identify two extremes. Like Joshua, who habituated Moses’ study hall, the daily sacrifice represents routineness and patience. The additional sacrifice is occasional and more festive, representing Pinchas’ alacrity and enthusiasm.

The entire idea of sacrifices is suited to Pinchas. Apart from his being a kohen, his act was commendable mainly because, like a sacrifice, it atoned for the sin of the Jewish People. Similarly, just as Pinchas’ act is a shining example of self-sacrifice, so too, the intention in offering sacrifices is that the animal is sacrificed in place of the soul of the one who offers it. The animal’s body is no more than a vessel to achieve this end.

So, after appointing Joshua as leader, this Torah portion reinstates equilibrium by emphasizing the uniqueness of the musafim, reminiscent of Pinchas’ enthusiasm.

As mentioned, by definition the musaf sacrifice cannot exist without the daily sacrifice, otherwise it wouldn’t be “additional.” Each type of sacrifice thus complements the other. Joshua’s steadfast patience is the basis—the vessel—that can contain the added value of Pinchas’ alacrity. Without the occasional musaf sacrifice, the daily sacrifices would be dry and monotonous. So too, within the framework of Joshua’s leadership, some alacrity is necessary to spice it up.

When it comes to the final redemption, first we must aspire to access the lights of Chaos. Reaching up to this lofty goal is itself the power to rectify the vessels to contain them. This is the meaning of the Chassidic phrase, “When the [chaotic] lights condense, they form the vessels [that can contain them].” Pinchas reached up and touched the volatile energies at their source. It remained for Joshua to contain them in his rectified vessels.

When Mashiach comes, we will experience patience and alacrity at each and every moment. This will fulfill the Rebbe’s demand for “lights of Chaos, but within rectified vessels.”

The five revelations of light

This is a translated excerpt

Jacob’s response to his

How do we picture the