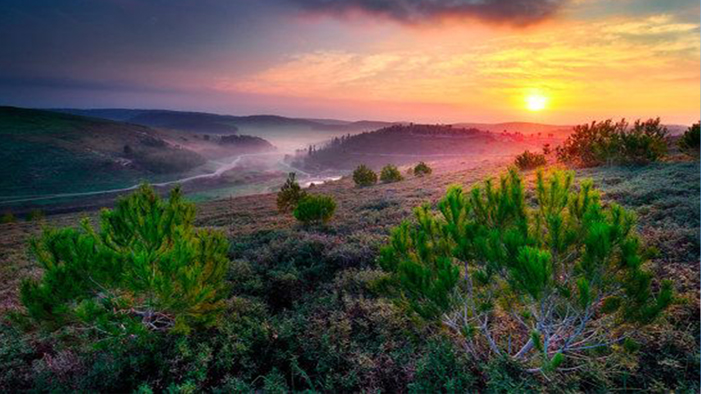 To inherit the Holy Land, we must rejoice in it and accept the leadership of the righteous leader of the generation

The Torah portion of Shelach Lecha begins, “Send for yourself men and they shall spy out the land of Canaan…”[1] What was the aim of this assignment? The final objective of the Jewish People was to enter the Land of Israel, as promised to Abraham. God told Moses this at the Burning Bush when He sent him on his mission as redeemer of the Jewish People. There is no doubt that the land flows “with milk and honey.”[2] The Land of Israel is the most fitting place for the Jewish People to live. Why then, was it necessary to send men to examine the quality of the Promised Land?

Some commentaries explain that the purpose of the assignment was to see that the land was good. This would elevate their morale as they approached the land. Nachmanides[3] writes,

Moses, knowing that it [the land] was fertile and good, as he was told, ‘To a good and expansive land,’ told them to pay attention to this point so that they could convey it to the people, then they would rejoice and renew their morale to ascend there joyfully. Therefore, he told them, ‘Brace yourselves and take of the land’s fruit,’ so that they would see the value of the land with their own eyes.

Moses had no need for this. He believed God’s promise and he could envision the beauty of the land. To be impressed by the land’s fruitfulness, the people needed visual proof.

Joy and Pleasure in the Land

This answers our first question concerning Moses’ objective in sending the spies, but it leaves us with another question: Why was it so important to enter the Land of Israel in high spirits?

God commanded us to serve him in joy.[4] This refers to joy while performing a mitzvah. By doing so, we observe God’s will and cling to Him. The joy and pleasure in entering the Promised Land stem from the land’s superior material qualities.

Yet, regarding any other mitzvah, the emphasis is on accepting the yoke of Heaven and performing the mitzvah because the Almighty commanded us to do so. Observing it to reap personal fulfillment defeats the objective. Halachah states that, “Mitzvot were not given for enjoyment.”[5] For example, if Reuben vowed not to benefit in any way from Shimon, Shimon is allowed to absolve Reuben of a particular mitzvah by performing it on his behalf, because doing it in his place is not considered benefitting him.

Nonetheless, every mitzvah must be performed with joy. The Jewish People were exiled from the Holy Land, “Because you did not serve God your God with joy and good-heartedly.”[6] However, this refers to spiritual joy. Performing a mitzvah for one’s physical enjoyment is “a mitzvah that is not for its own sake.”

Yet, settling the Land of Israel is unlike all other mitzvot. According to many of the greatest poskim (headed by Nachmanides[7]), inheriting the land is one of the 613 mitzvot. It is unique in its requirement to enjoy performing it and to be happy there. This is apparent in the first commandment to the first Jew, “Go for yourself from your land… to the land that I will show you,”[8] as Rashi explains “Go for yourself—for your own pleasure and benefit.” There is a similarity between the beginning of the Torah portion of Lech Lecha and the opening verse of Shelach lecha, “Send for yourself.”

One illustration of the difference between the mitzvah to inherit the Land of Israel and all other mitzvot manifests in the words of Maimonides.[9]  He does not enumerate inheriting the land as one of the 613 mitzvot. Nonetheless, his code of laws refers to loving the land and cherishing it, e.g.: “The greatest sages would kiss the borders of the land of Israel and kiss its stones and roll in its dust, as it says, ‘Because Your servants desire its stones and they favor its dust.’[10]“It is natural for a Jew to love the Holy land and enjoy being there. When your plane lands, you will naturally want to kiss the runway…

To understand the difference between a regular mitzvah and settling the Land of Israel, we can meditate on the difference between mitzvah observance and Torah study. According to every opinion, Torah study is one of the 613 mitzvot. It is also distinct regarding enjoyment. One commentary on the Shulchan Aruch states that if Reuben forbade Shimon to enjoy using his book, Shimon is forbidden to study Torah from that book,

Because the Torah certainly rejoices the heart… therefore this mitzvah is not similar to the other mitzvot about which is said, “Mitzvot were not given for enjoyment” because an individual does receive pleasure from it.[11]

This point is beautifully explained by Rabbi Avrohom Bornsztain (1838-1910), one of the greatest Chassidic sages and author of the Avnei Nezer responsa:[12]

The principal part of the mitzvah of Torah study is that he should be joyful and happy. If he enjoys the study, the words of the Torah are absorbed into his blood, and since he enjoys Torah study, he clings to the Torah… An individual who studies [Torah] because it is a mitzvah and who takes pleasure in his studies, is referred to as “studying for its own sake” and it is all holy because the pleasure is also a mitzvah.

From the perspective of the inner dimension of the Torah, the Torah and the individual who studies it are one. The wisdom of the Torah is encompassed by the student’s mind and simultaneously, the student’s mind is encompassed by the wisdom of the Torah (God’s wisdom), as explained in Tanya.[13] The pleasure experienced during Torah study does not render the study “not for its sake.” The consummate fulfillment of the mitzvah to study Torah is when the student experiences pleasure from his study. His pleasure is a mitzvah. As the Avnei Nezer emphasizes, this refers to an individual who studies in order to observe God’s mitzvah through straightforward obedience. It does not refer to someone who studies Torah for his own intellectual pleasure. The Torah permeates the scholar’s life and soul so much that while he studies, his heart is flooded with joy.

The joy of studying Torah is an integral part of the mitzvah, and the same is true concerning the mitzvah of settling the Land of Israel. The Holy Land is a material gift that God has given us “to eat of its fruit and to be satisfied with its goodness.”[14] The joy and pleasure that we reap from the Land are an indispensable part of the mitzvah.

The Torah is our life, without which we would be like fish out of water. Similarly, the Land of Israel is the “Land of life.”[15] Just as the Torah student unites with the Torah, and his own pleasure and enjoyment from the study merge with the mitzvah, so too a Jew who enters the Land of Israel unites with it. This relationship between the Jewish People and the Land of Israel is like the union of a groom with his bride, as the verse states, “Just as a young man marries a virgin, so your sons will marry you [the land].”[16]

Before studying Torah, we make a blessing and a request that we will find it palatable, “And please sweeten… the Torah words in our mouths.” Before entering the Land of Israel, the hearts of the Jewish People must be joyful. We enter the Holy Land with high morale, “for your own enjoyment and benefit.”[17]

Pleasure as a Result of Selflessness

While performing a mitzvah, we put aside our personal pleasure and benefit and perform it for Heaven’s sake. In this case, there is no danger that personal biases and foreign intentions will distract us. We need not worry about falling into the trap of arrogance.

However, entering the Land of Israel does require personal involvement. We should cherish and relish the pleasant tastes of the “Land flowing with milk and honey.”[18] Here lies the danger of arrogance. We might be led to say, “My power and the strength of my hand have made me all this success.”[19] This was the source of the misjudgment of the ten spies. Moses had commanded them to relay their personal impressions of the land, “Whether it is good or bad… fat or lean.”[20] They experienced the land as “A land that consumes its inhabitants” and they felt like grasshoppers in comparison to the giants.[21] This was all they had to report, because their perception was tainted by their egotism.

When the ego is unrefined, the pleasure principle stems from the base, physical level of the soul. This is reflected in the numerical value of “enjoyment” (הַנָאָה), which is 61, the same as the numerical value of “ego” (אֲנִי). Rashi states that Joshua and Caleb did not participate in carrying the fruit, because they were afraid that their egos would interfere.[22]

Rabbi Menachem Mendel Schneerson, the Lubavitcher Rebbe, explained[23] that the origin of the sin of the spies was that they did not concede to Moses’ opinion.

Moses was “the very humblest of all mankind”[24] (as we read in the previous parashah). He lived in total self-effacement to God. Had the ten spies, like Joshua and Caleb, selflessly yielded to Moses and to the Almighty, they would have sensed pleasure and immense joy when they arrived in the land, and they would not have reported its apparent flaws.

Today, the sin of the spies remains unrectified. To inherit the Land of Israel, we must employ both qualities: self-effacement before the Moses of our generation, and rejoicing in the “Precious land that is good and wide.”[25] In this way, we may “eat of its fruit and be satisfied with its goodness.”

To conclude, we quote from Sefer Charedim:[26]

Every Jewish individual should cherish the Land of Israel. He should come to it from the ends of the world with great desire, like a child who runs to his mother’s embrace… and even those who are close or distant, who live outside the land, should yearn for it and desire it. Because, just as He chose them [the Jewish People], so He chose the Land of Israel and set it aside for them and they are only referred to as “one nation” when they reside in it.

[14]       From the Al Hamichyah blessing recited after partaking of the seven species with which the Land of Israel is blessed.

Are You Male or Female? The...

Rabbi Ginsburgh on the most essential choices that we

Living with the Torah’s Week...

Emor: Sunday: What to remember