The Rock that God Can Carry

A famous philosophical conundrum, asks, whether God can create a rock that He cannot lift? The answer to this conundrum is that indeed, God can create such a rock and yet, He can still lift it if He so pleases. The first half, the possibility of creating a rock that He cannot lift, represents God’s power of self-limitation, also known as God’s power of limit (gevul). When God created the world he imposed limits, which we experience as natural laws. But, the second half of the answer, that God can still lift this rock if He so pleases illustrates that the power of self-limitation is His, and so, if there is no existing power or force that is capable of lifting the rock, the Almighty simply reveals a new revelation of Divinity that is able to lift the rock. As we will now explain, the spies sinned because they did not understand this very central principle in regard to God’s omnipotence.

Upon returning from their 40 day tour of thelandofIsrael, the spies reported their conclusion that, “We cannot overcome the people, because they are stronger than us.” They claimed that the nations inhabiting theLandofIsraelwere too powerful to be overcome by the limited, untrained military forces of the Jewish people. Yet the sages state that the word literally translated as “than us” (מִמֶּנּוּ) can also be understood as meaning, “than Him,” meaning that the spies were claiming that the Canaanite inhabitants were even stronger than God!

Like the logic applied in our initial conundrum, the spies argued that after God created the laws of nature, He ruled that even He Himself would not be able to change those laws. God bound His own hands, as it were, by means of the laws that He Himself instituted. Until now, God’s leadership in the wilderness had been one of supernatural miracles that defied the laws of nature again and again. It was clear though that entering thelandofIsrael, for all its holiness, meant entering the confines of nature and living by its laws. This was why the ten spies thought that the Jewish people could not overcome the giants who lived in the land. They believed that God had indeed created a rock that could not be lifted. Moses himself used this argument in his prayer asking for God’s forgiveness, saying that destroying the Jewish people, God forbid, for their sin, would be proof for the surrounding nations of the erroneous claim that “God lacked the ability to bring this nation to the land which He swore to them…” (Numbers 16:14-15).

Joshua and Caleb, the remaining two spies, also saw that conquering the land was a supernatural task, but they said, “Yes, God can create such a rock that He cannot lift, but He can still decide to pick it up if He wants to.” They realized that on entering theHoly Land, God could paradoxically empower the Jewish people themselves with supernatural powers and this would become their very nature.

Sin as an immovable rock

In fact, the spies’ sin, in fact any sin, can be understood using the same principles just applied. Sin is like a rock that by nature cannot be “lifted,” that is cannot be forgiven. The laws of reality, as instituted by the Almighty Himself dictate that the sinner must be punished in order to atone for the transgression, and normally the only punishment great enough is death. But we know that even after sin, God remains open to teshuvah (repentance and return to God). Adam, the first man, was not aware of this and was surprised to learn from his son, Cain that admitting one’s improper behavior opens up the possibility of the punishment being lessened. The sages explain this by stating that teshuvah was created before the world. What they mean to say is that teshuvah supersedes the limitations of reality.

Moses continued beseeching God by repeating God’s attributes of mercy, which appear a number of times in various forms throughout the Bible. “God has long patience, and great loving-kindness, He carries sin and crime and cleanses them.” The word for “sin” here is עון, and this is the rock that God lifts and carries. We know that עון, this word for “sin,” is heavy because Isaiah, in his prophecy states this explicitly calling the Jewish nation “a nation heavy with sin” (Isaiah, 1:4). In fact, this word appears three times in Moses’ entreaty to God. We see from the three appearances of this word that עון, “sin,” is the main word, and that our conception of the limited nature of the Almighty’s ability to carry it needs to change.

The spies saw reality from a perspective where imagination is rife and they imagined a situation in which God can create a rock that He cannot lift. But Moses’ immediately counteracted this suggestion by saying that “God carries sin.”

The numerical value of the word עון is 126, which, as we saw in the previous article, is the number with which Moses rectifies the sin of the spies. The word appears 3 times in Moses’ prayer and multiplying its value by 3 gives 378, the gematria of the first three words of the attributes of mercy that Moses invokes, “God has long patience” (י-הוה ארך אפים).

The same holds true to our situation today. One can look at the state of the Jewish people and the state of the world and give up, saying, even God can’t lift this. But, the truth is that no matter what the situation, God carries it and is able to instill within us, within those currently alive, the power to carry even that which seems too heavy to carry. 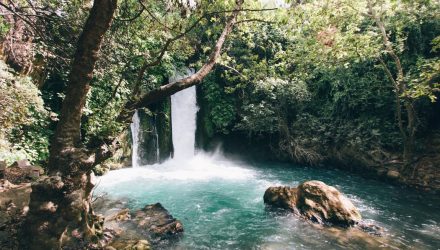 (Excerpted from Rabbi Ginsburgh’s book, The Rectification of the