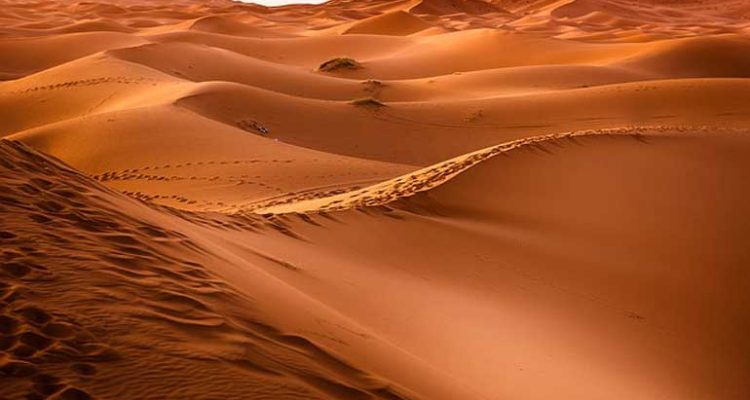 The Silent Desert: The Making of Leadership

The fourth of the Five Books of Moses is commonly called Numbers (due to the census that begins it), but in Hebrew this book is known as Bamidbar, which literally means “in the desert.” It is fascinating to note that the root of the word for “desert” (midbar) is daber, which means “speech,” and that one of the recurring themes of the Book of Bamidbar is the ongoing leadership struggle—the dialogues and debates—which took place throughout the forty years the Jews wandered in the desert.

And yet, paradoxically, when envisioning a desert, one usually thinks of a great barren expanse and penetrating silence. Jacob, Moses, and David were all leaders of the Jewish people who cultivated their innate potential for leadership while tending their flocks in the meditative quiet of the desert. Many of the prophets, as well, found the desert silence the perfect environment for prophetic experience.

An allusion to the silence which precedes and leads to the potent speech of a leader is contained in the most mysterious word of the Bible—chashmal—used by the prophet Ezekiel to describe his astounding vision of the chariot:

And I looked, and behold, a storm wind came out of the north, a great cloud and a fire flaring up and a brightness was about it, like chashmal, out of the midst of the fire.

Chashmal is most often translated as the “color of electrum” or the “color of amber,” but the sages understood that chashmal was not just a color but an energy, and indeed modern Hebrew translates it as “electricity.” Dividing chashmal into syllables produces two antithetical concepts—“silence” (chash) and “speaking” (mal ) . This suggests that a state of rectified speech follows the quiet, meditative preparation of silence. On an even deeper level it describes a simultaneous state of “silence” within speech, and “speech” within silence.

The idea of speech within silence is illustrated in the life of another prophet, Elijah. Fleeing the wrath of King Ahab and his wife Jezebel, whose evil ways he had condemned, Elijah reached the desert of Sinai. And it is there that he had an encounter with God, described in an unforgettable passage in the Book of Kings:

This “silent” voice is the manner in which God speaks to each and every person, according to his or her readiness to hear His personal message.

Elijah’s experience with the still, silent voice of God occurred in the desert, a place where God, in many cases, reveals Himself to the potential and sometimes unsuspecting leader. This is the place where the leader first comes face to face with the task before him—the mission that is uniquely his.

Conceptually, the desert represents the mental space wherein the spark of leadership, dormant within each individual, has the opportunity, like a desert plant, to grow despite the forbidding environment. The desert provides a natural atmosphere of separation and isolation. It provides space for contemplation and meditation, the silence needed before the leader is revealed—first to himself and God—and only later to his people.

The phenomenon of a future leader experiencing a period of “dormancy” or “silence,” only later to step into his role, is present in some degree in the stories of almost all Biblical heroes—most dramatically with Moses and David. Their stories illustrate an important facet of leadership—a call to action. God seeks out a leader for His people and challenges him to lead.

In the case of David, God commanded the prophet Samuel to find a replacement for King Saul, who had not followed God’s orders regarding the war with the nation of Amalek:

And God said to Samuel: “How long will you mourn for Saul seeing I have rejected him from reigning over Israel. Fill your horn with oil and go, I will send you to Jesse of Bethlehem, for I have provided for Me a king among his sons.”

In the case of Moses, the dialogue at the burning bush stands out as a prime example of God appointing an initially resistant individual to assume a public role.

This, in itself, points to a further paradox—the prototype of the Jewish leader as an introverted person, who by nature shies away from taking center stage. It is precisely this type of individual who does not seek fame or glory that God chooses to lead.

The comparison of this model of leadership with the model of modern society is striking. Today, one seeking to lead studies political science or goes into politics as a profession, sharpening those skills that will allow him or her to compete in the world of money and power. In Jewish thought, leadership is a responsibility that one may need to assume, but it is never a means to fulfill a need for power or self-aggrandizement.

(excerpted from Awakening the Spark Within, pp. 22-26)
37
SHARES
ShareTweet
Pin It
Tweet 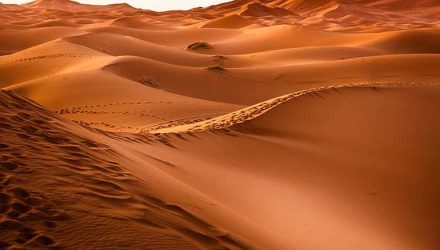 Bamidbar: The Book of Numbers

Where are Moshe Rabbeinu’s Children? After a census of