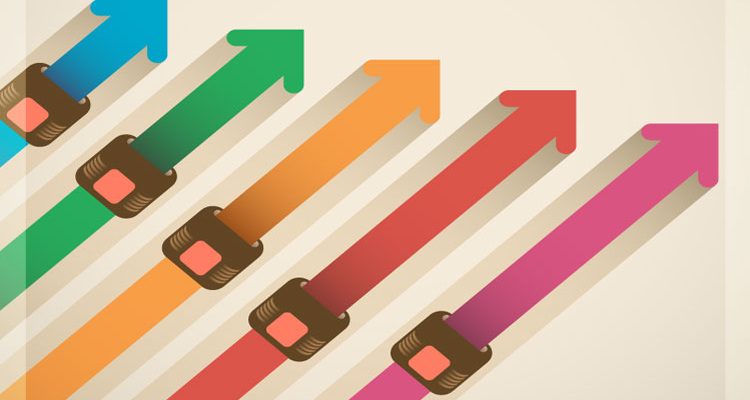 6. The Five Levels of Transmitting the Torah

Here we find five levels of connection and unification between the Written Torah and the Oral Torah: Moses, Joshua, Elders, Prophets, and Men of the Great Assembly. We can say that these levels correspond to the five chapters of Ethics of the Fathers. Chapter 1 defines the main lineage of transmission from Moses to the last of the couples, Hillel and Shamai, who correspond to Moses himself. This we can see from the fact that the letters of Moses (מֹשֶׁה) are the initial letters of the idiom “The dispute of Shamai-Hillel,” which has a numerical value of 1,000, which further alludes to the one thousand lights that Moses received at Sinai. Chapter 2 corresponds to “And he transmitted it to Joshua” etc.

We can say that Moses and Joshua, the rabbi and the student (the sage and the Torah scholar), correspond to wisdom and understanding, “Two companions who never separate for eternity.” The fact that “Moses received Torah from Sinai” alludes to the Supernal Crown, Supernal will [i.e., above the level of Moses and wisdom] that corresponds to Mt. Sinai, relating to the Kabbalistic secret of “He overturned the mountain upon them like a tub.”

The Elders relate to the secret of the Patriarchs (as above), who further correspond to the three main attributes of the heart[1] loving-kindness, might, and beauty.

The Prophets tap into the sefirot of victory and acknowledgment.

The large letter bet (ב) with which the Torah begins has a numerical value of 2,000 and incorporates within it the entire Torah (alluding both to “the depth of the beginning,” i.e., the initial cause, and to the “depth of the end” i.e., the ultimate purpose[2]). This idea is reflected in the five levels of transmission of the Oral Torah, as alluded by the total numerical value of Moses (מֹשֶׁה), Joshua (יְהוֹשֻׁע), Elders (זְקֵנִים), Prophets (נְבִיאִים) and Men of the Great Assembly (אַנְשֵׁי כְנֶסֶת הַגְדוֹלָה), which is also 2,000.

Anyone familiar with the teachings of Rabbi Abraham Abulafia will know that “In the beginning” (בְּרֵאשִׁית) also equals, “Three things together” (שׁלֹשָׁה דְבָרִים יַחַד). Indeed, the principal morals in Ethics of the Fathers are established on the rule of “three things together” from the very first mishnah of the Tractate (“They would say three things etc.”) and onwards.

Three Siblings at the Exodus

“Three things” (שׁלֹשָׁה דְבָרִים) can be read alternatively as “three leaders [lit.: ‘spokespersons’]” (שְׁלֹשָׁה דַבָּרִים) as in the phrase, “There is one leader to the generation but not two leaders to the generation” (דַּבָּר אֶחָד לַדוֹר וְלֹא שְׁנֵי דַּבָּרִים לַדוֹר). The numerical value of the idiom “three things” (שׁלֹשָׁה דְבָרִים) most appropriately equals the sum of the names of the three siblings who led the Jewish People out of Egypt and through whom we received the Torah at Mt. Sinai: Moses (מֹשֶׁה), Aaron (אַהֲרֹן), and Miriam (מִרְיָם). In the merit of each one of them we received a good gift in the wilderness from God – the manna in Moses’ merit, the clouds of glory in Aaron’s merit and the well of water in Miriam’s merit (eventually, following Miriam and Aaron’s passing, all three gifts returned in Moses’ merit).

A correspondence can be found between each of the three words from the Mishnah, “received the Torah from Sinai” (קִבֵּל תּוֹרָה מִסִינַי) and the three holy siblings:

“Received” relates to the feminine aspect, a receptacle, and thus relates to Miriam (the mother of kingdom – from whom King David’s dynasty stemmed, relating to lowliness and making a receptacle to receive Divine light and abundance). This further relates to the Kabbalistic secret of the verse “a well dug by princes etc.,” (from the Song of the Well sung by the Jewish People in the wilderness).

“Torah” relates to Moses’ aspect, as in the phrases, “Torah Moses commanded us” and “Remember the Torah of Moses, My servant” (Moses was born in Miriam’s merit and later she watched over him etc…, which is why she precedes him, not just following their order of birth).

“From Sinai” is the surrounding light, relating to the Clouds of Glory that were in Aaron’s merit. Similarly, the numerical value of “from Sinai” (מִסִינַי) equals the numerical value of “cloud” (עָנָן), and so the verse states, “And Moses ascended the mountain and the cloud covered the mountain.” Also, the inner letters of Aaron’s name spell out the word “mountain” (הַר) while the outer letters (א-ן) represent Divine nothingness (אַיִן).

Thus, “Moses – received Torah from Sinai” alludes to the fact that the initial “Moses” relates to how they all returned in his merit, since he is the source of all of them.

The Three Gifts in Merit of Ethics of the Fathers

When we study Ethics of the Fathers we merit all of those “good gifts” (as the sages refer to them – all through the intrinsic aspect of “goodness” in Ethics of the Fathers, as mentioned above): the wellspring of life (rectifying the emotive powers of one’s soul, i.e., digging the wellspring, in order to become a receptacle to receive Divine light and abundance, i.e., the flow of the spring) in Miriam’s merit; the descent of manna to nourish and supply food for the soul (faith) and the body (confidence) in Moses’ merit; supervision by the Clouds of Glory (the surrounding light that envelops an individual and guards him by power of his mitzvah observance) in Aaron’s merit.

[1] Including the intellectual faculties of each of the three individual sefirot. 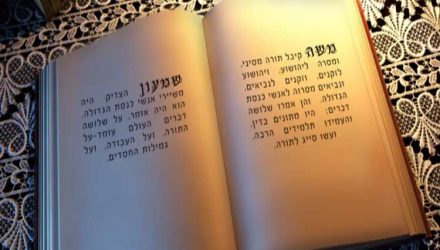 Rabbi Elazar of Bartota would say: Give Him what is His, for you and whatever is yours, are His. As David says: “For everything comes from You, and from Your

Nitai the Arbelite would say: “Distance yourself from a

There are no holidays in

Miketz: Getting to Know You