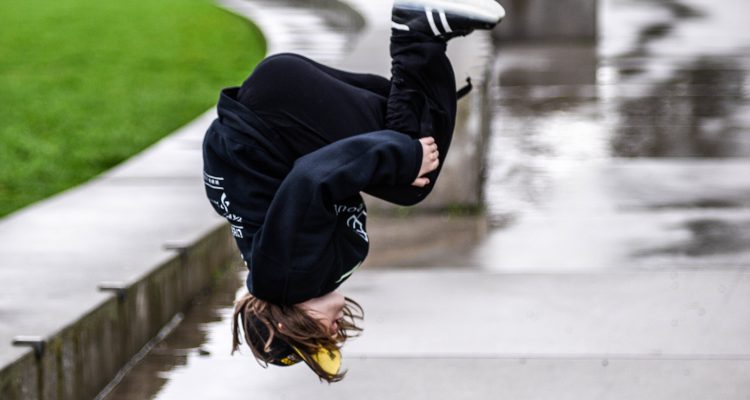 In short, Rebbi refers to God while Akavia ben Mahalalel refers to man. Rebbi opens his words with, “Know what is above you,” before he enumerates the three clauses. He enjoins us not to look at ourselves, but to look upward, to God. Afterwards, we relate to the details: “An eye that sees, and an ear that hears, and all of your deeds are inscribed in a book.” According to Rebbi, it all begins and ends with God.

Akavia, on the other hand, instructs us to contemplate man (like a person standing before a mirror): “From where you came…and to where you are going…and before whom you are destined to give a judgement and accounting.” (True, you will be giving the accounting before God, but the emphasis here is on man.)

The mishnah of Akavia parallels Rebbi’s mishnah: “From where you came” alludes to Rebbi’s words, for although our bodies come from a putrid drop, our souls come from the loftiest of sources, where it is clear that there is “an eye that sees and an ear that hears.” The continuation, “and to where you are going…” are the words of Akavia himself, speaking of the inconsequentiality of the body. The last words, however, “and before Whom are you destined to give a judgement and accounting…” refer both to the soul and the body, both of which give stand to be judged[2].

The name Akavia derives from the word meaning, “heel,” the lowest and most base part of the human body. Serving God with our heels means contemplating man’s lowliness, man who comes from a putrid drop and finishes in a place of dust, maggots and worms. As we learn later in Pirkei Avot, “Be very, very lowly of spirit, for man’s hope [i.e., a person’s ultimate end] is maggots.”[3] The heel also describes the end of a process (like the “heels of Mashiach” at the end of the exile, or death). It is no coincidence that this mishnah of Akavia Ben Mahalalel is said when accompanying a deceased person to burial.

Conversely, Rebbi (רבי) is an acronym for Rosh Bnai Yisrael (ראש בני ישראל), the “head of the Children of Israel.” He teaches us to look upward, above the head, and to take flight in the direction of the lofty soul. His words are a contemplation of “the loftiness of God.”[4] Akavia ben Mahalalel also arrives at the loftiness of God, to which his name, Mahalalel, which means “praiser of God” alludes. He begins, however, with the lowliness of man.

The order of these two mishnahs reflects the words of the Maggid to the holy brothers. First we learn chapter 2, in which we encounter the loftiness of God with the words of Rebbi, “Know what is above you.” Afterwards, we continue to chapter 3, with the mishnah of Akavia on the lowliness of man.

Although the beginning of our service is contemplation on the loftiness of God, the service in our mishnah of lowliness of man touches upon a higher place in reference to God, as it were. The third clause in Rebbi’s mishna is, “all of your deeds are inscribed in a book.” By contemplating God’s loftiness, we reach God’s Book of Remembrances. In Akavia’s mishnah, however, the third clause is, “before Whom you are destined to give a judgement and accounting, before the Supreme King of Kings, the Holy One, Blessed Be He.” When we contemplate on the lowliness of man, we reach the Almighty, in all His glory.

[1]  This is the reading found in the Alter Rebbe’s Siddur. There are other slightly different readings as well.

Photo by Joe Pizzio on Unsplash