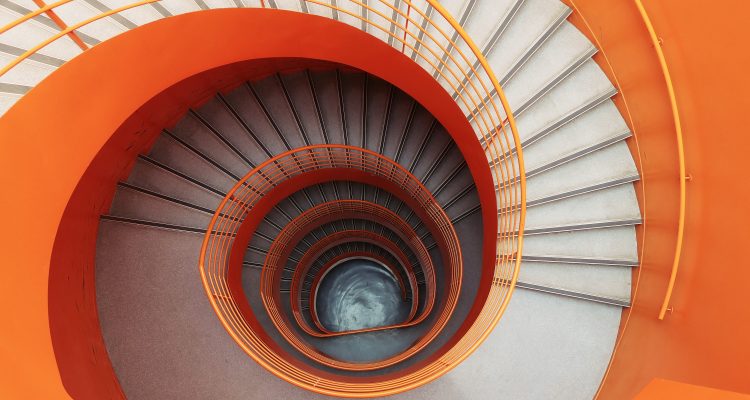 Rabbi Levitas of Yavneh would say: Be of very, very lowly spirit, for the hope of mortal man is worms.

Rabbi Levitas adopts a unique, rather extreme expression: “very, very” (מְאֹד מְאֹד), to describe the level of lowly spirit one should have. Maimonides writes[1] that regarding all character traits, a person must find the middle path and not adopt the extremes, except for when it comes to pride. To rectify pride, a person must go to the opposite extreme, “so that they will not leave a trace of pride in the soul under any circumstances.”

Maimonides also writes[2] that a person should distance himself from the trait of anger to the opposite extreme. Anger and pride are closely related. Anger actually stems from pride. Fittingly, the Hebrew word for “anger” (כַּעַס) equals 150, which is 10 times the value of “pride” (גַּאֲוָה), 15. Work on the attribute of lowliness in the soul is a fundamental and essential part of service of God,[3] so much so that the Alter Rebbe wrote that it is “the foundation and root of the entire Torah.”[4] The ultimate purpose of the Torah is to foster cleaving to God and His revelation in this world. When a person is arrogant and self-aggrandizing, he is separated from God, until God even says, “I and he cannot dwell in the world.”[5]

What does the expression, “very, very” (מְאֹד מְאֹד) teach us? We can say that there are two levels of lowliness (as follows from the comments made by Rebbe Leibeleh Eiger).[6] The first level, relevant to every person including the greatest tzaddik, is the result of nullifying oneself before the community of Israel. When a person sees himself simply as an individual, he is full of ego and stands separate from God; as such, his service and his Torah learning are performed for his own benefit. But when he nullifies himself to the Jewish people, to the community, then he partakes in the community’s eternal life illustrated by the sages’ statement that, “death is not applicable to a community”[7] (אֵין מִיתָה בְּצִבּוּר); the value of this phrase is none other than the value of “lowliness” (שִׁפְלוּת).

A person should be “very lowly” regarding himself. The only true value he possesses is the one that is invested in all Jews, equally. It is specifically the tzaddik who must be particularly meticulous with this, for he is liable to fall into the feeling that he has personal value.

There is another level of lowliness. This is the special service of the ba’al teshuvah, a person who has returned to Torah observance. Sometimes, the ba’al teshuvah attempts to feel part of the community by attempting to reach the level of lowliness of the tzaddikim but does not succeed. He feels rejected and distant—an outsider.  What can he do? He can cry from the depths of the bitterness of his loneliness, with tremendous lowliness (very, very) until God has mercy upon him and accepts his repentance.

This is what the Talmud relates [8] about Elazar ben Dordaya, who was a consummately wicked person and wished to repent. He went and sat between two mountains and hills and turned to them: “Mountains and hills, ask for compassion on me!” “Before we request compassion for you, we should request if for ourselves,” they answered. Finally, he understood that his repentance depended solely upon him. He cried from the depths of his heart until his soul left his body. A heavenly voice called out and said, “Rabbi Elazar ben Dordaya is invited to partake of the world to come.”

In books of Kabbalah and Chassidut[9] it is written that a person who returns to God can elevate the entire nation and bring the redemption. We can say that this does not refer to a tzaddik returning to God, but rather, to the ba’al teshuvah as described above. His consummate lowliness harbors the energy to bring the redemption to Israel and the entire world.

Photo by Maxime Lebrun on Unsplash

[7] Horayot 6a. The average value of every letter in this expression equals “life” (חַיִּים).

Ascent and Drawing Down of the...

Purim: Getting Off the Ferris ...

We can see the year