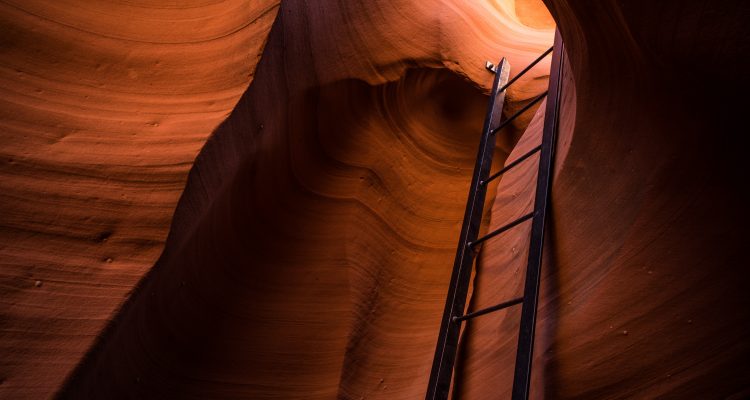 Pirkei Avot 2:1: The Ladder to Rectify the Soul

Rebbi [Judah HaNassi] would say: Which is the straight path for man to choose for himself? The one that is beautiful for the one who does it, and beautiful for mankind.

Look at three things, and you will not fall into the hands of transgression: Know what is above from you: a seeing eye, a listening ear, and all your deeds being inscribed in a book.

The first part: Which is the straight path for man to choose for himself? The one that is tiferet (translated: beautiful) for the one who does it, and tiferet for mankind. Our mishnah explicitly mentions the attribute of tiferet. We must acquire a sense for beauty and measure our actions so that they will always find favor in our eyes and in the eyes of those around us.

The second part: Be as careful with a minor mitzvah as with a major one, for you do not know the rewards of the mitzvot. On a simple level, being ‘careful’ means fulfilling the mitzvot with precision and care. But the Hebrew word for ‘careful,’ zahir, also means ‘shiny and illuminating.’ To be careful with the fulfillment of mitzvot, according to both meanings of the word zahir, is to achieve a state that is described by the philosophical adage, “the ultimate purpose of knowing is not to know.” This is the state reached when we consider that, “you do not know the rewards of the mitzvot.”  It is specifically because the mitzvot truly are impossible to fully appreciate that we have to be so careful with them. We safeguard them with care and we also rejoice in them until they become shiny and luminous. These two explanations parallel the aspects of lovingkindness and of judgment found in the sefirah of da’at (knowledge). Shiny and illuminating is the aspect of lovingkindness, as in the shiny face of a person when he turns to someone he loves. Care and precision parallel the aspects of judgment and awe. The person who is careful is one who fears causing a blemish in any aspect of the commandments.

The third part in Rebbi’s statement is: Consider the cost of a mitzvah against its rewards, and the rewards of a transgression against its cost. This parallels the sefirah of binah (understanding). Calculations of gain and loss are part of this sefirah, which clarifies and analyzes reality. According to the holy Zohar, binah is the secret of the World to Come, where we receive the rewards for the mitzvot we have performed and the demerits for our transgressions.

The fourth part is: Look at three things, and you will not come to the hands of transgression. It corresponds to the sefirah of chochmah (wisdom). The relationship between chochmah and binah is like the relationship between sight and hearing, respectively. Hearing represents inner understanding and clarification, which reside in the sefirah of binah. Sight apprehends the essence of the matter all at once. Thus, “Look at three things” relates to the sense of sight in the sefirah of Chochmah.

The entire internal process of contemplation and clarification in the sefirah of binah is for the ultimate purpose of reaching the ‘looking’ and sight of the sefirah of chochmah.

Photo by Paulius Dragunas on Unsplash