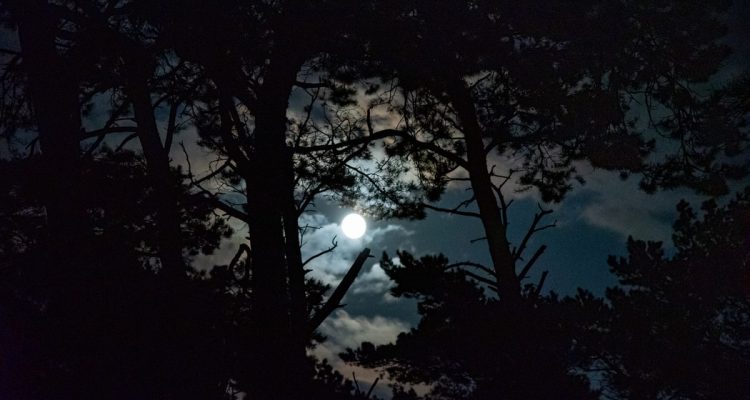 Pirkei Avot Chapter 3, Mishnah 4: Rabbi Chanina the son of Chachina'i would say: One who stays awake at night, and travels alone on the road, and clears his heart to idleness, has forfeited his life.

Rebbe Nachman of Breslev explains this mishnah in a revolutionary manner:[1] " One who stays awake at night“ – A person should take the time at night, when not busy with his daily tasks, to seclude himself and speak to his Creator. “And travels alone on the road” – Then, at night, he can exit the city, for in the city people are busy pursuing the pleasures of this world, and it is impossible to seclude oneself in prayer. “And clears his heart to idleness” – At night, outside the city, one should clear his heart of his daily concerns and by doing so, nullify himself (idle his being, so to speak) to God. He has to “clear his heart” in order to merit his nullification to God. After all this, he “has forfeited his life” – he merits to cling to God, for it is only God Who is unquestionable reality, as opposed to everything else, which is nothing more than questionable reality.

The story is told of the Ba’al Shem Tov, who was orphaned when he was just a toddler. His father’s last instructions to him before he passed away were not to fear anything other than God. The small Yisrael (Ba’al Shem Tov) would wander through the forests in the middle of the night fearlessly. “The night of the Ba’al Shem Tov’s fourth birthday was particularly dark, cloudy and rainy. The boy took his stick and went to the forest. “How can you go out on such a dark rainy night?” asked the townspeople. “I am not afraid of anything except for the Holy One, Blessed Be He, Himself,” the young Ba’al Shem Tov answered.

In order to bring this chassidic explanation in line with the simple meaning of the mishnah, which prohibits going out at night alone, we will turn to the “Iyun Ya’akov,” who wrote regarding the teaching of the sages in the gemara, “One should always enter at the very best (light of day) and leave at the very best,” as follows: “Even if it is when the moon is shining, he should not leave or enter, but should wait for the daylight, specifically.”[2]

In other words, even if the moon is full and illuminates the area, one should not go out by its light, but instead should wait for daylight.

Since the Ba’al Shem Tov came to the world, the Nation of Israel has begun to ascend toward the redemption. Thus, since his time, the fear of the night has begun to melt away and the night has even become the best time to exit the city and nullify oneself before God.

In the soul, too, both light and darkness exist. There is the light side that turns to God and is illuminated and the ‘dark’ side that does not turn to God. The sages’ directive to set out on a journey only by light of day means that all our actions must be illuminated by God and that we should not busy ourselves with the ‘dark’ side of our souls. In the future it will become clear that truly “there is nothing other than Him”[5]. The side that seemed to be dark and not illuminated by God will also manifest Godly light by itself – “And night will shine like the day, like darkness like light.”[6]

Photo by Nick Romanov on Unsplash