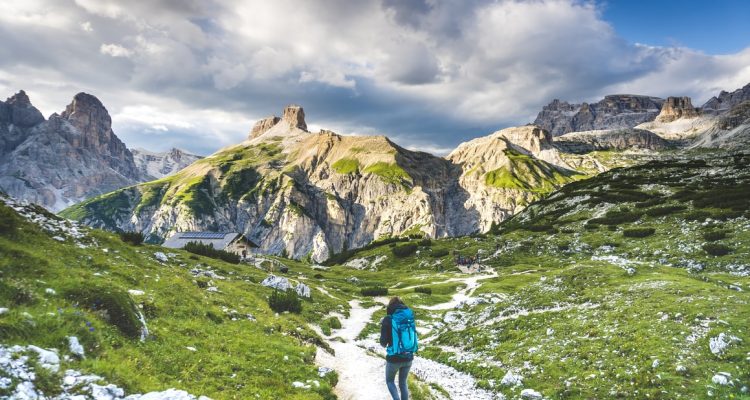 One who walks along a road and studies, and interrupts his studying to say, “How beautiful is this tree!” Rabbi Yaakov is a unique Tana [sage of the Mishnah] who does not appear in any other tractates of the Mishnah, except for the tractate of Avot.[1] He teaches us that Torah study must be constant and uninterrupted in the soul. God’s Torah is life and the person who clings to it clings to life. A person who interrupts his study because of attractive physical phenomena is like a person who jumps off the roof of a tall building, in an attempt to take his own life. This is because with this act he severs himself from real life – “And you who cling to God your God are all living today.”[3]

The root of the problem of the person who interrupts his Torah study is that by doing so, he shows that the trees and fields interest him more than study of the holy Torah. “And it is a desecration of the honor of the Torah for a tree to be more important than his Torah study.”[4]

Let us delve further into the root of the problem and discover the reason for the development of this erroneous order of priorities, according to which the issues and sights of this world are more relevant to us than the Torah and mitzvot. The problem actually began while the person was learning Torah, way before the meeting between the Torah and this world.

When a person learns Torah, he should be standing in amazement before the holy Torah, feeling like, “a dog lapping up water from the great ocean.”[5] He should be clinging to the greatest power of all—to the Almighty, Who gives us the Torah. If a person does not approach Torah learning in this manner, after every hour of study he will pat himself on the back and imagine – either consciously or consciously – what a great and pious person I am – “How beautiful am I!”

“How beautiful is this tree!” alludes to the person himself: “For man is [like] the tree of the field.”[6] A person who is constantly measuring how much he has learned and how much progress he has made and wants to make reveals that his learning is actually focused upon himself. Even when he is learning, his personal growth is more important to him than the meeting with God through his Torah study. The inner motivation for his study is not the learning itself, but his personal gain. Thus, it is only natural that other events and sights will divert him from his study.

The Magid of Mezritch[7] explained our mishnah as follows: One who walks along a road: A person (mehalech) walks with the Torah. “Do not call it halichot (walkings, same root at mehalech) but rather, halachot[8] (Jewish law, which also derives from the same root as mehalech).” Afterwards, he interrupts mimishnato (from his study) and not mishnato (his study). The Magid explains that grammatically, the addition of the extra relational expression ‘from’ [his study] means that he interrupts his clinging to God because of his study, which is focused on himself and not on his connection to God.

This is a particularly important foundation in the service of God. Torah learning has to be done with care so as not to fall into pride that will separate the learner from God. As soon as a person stops the flow of his Torah study to contemplate on himself—“Wow, I am really learning, I am a Torah scholar about whom it says, ‘Tree, tree, with what will I bless you’”[9]—he is preoccupied with feeling his own existence, his own self-consciousness. This interrupts his cleaving to God.

This applies to much more than Torah study. Some people have already figured out exactly how to rectify the world. As long as a person is thinking about his plan (his mishnah) and how to implement it—using his roadmap—he is considered to be, “walking along a road” as in our mishnah, on his way to rectifying the world. If suddenly, he notices “how beautiful is this tree”—i.e., how sensible and beautiful is my plan—it is precisely at this point that he loses his entire plan and “forfeits his life,” for now his roadmap is not for the rectification of the world, but rather, for inflation of his own ego.

Photo by Salmen Bejaoui on Unsplash

[1][1] He is mentioned here and in chapter 4:16. His son, Rabbi Eliezer ben Yaakov, is mentioned extensively throughout the Talmud.

[4] The commentary of the Magen Avot on the Rashba”tz

[5] This is how Rabbi Eliezer described himself at the end of his days, Sanhedrin 61a. This expression in Hebrew, כלב המלקק מן הים הגדול equals 10 times כלב (dog).

Keeping on the Mitzvah Track: ...

Descent and Ascent: It’s All...

One of the “principles

A Portion in the World to Come...

All of Israel have a portion in