Pirkei Avot 4:1: A Four-Questions Overview of the Sefirot

Ben Zoma would say: Who is wise? One who learns from every man. As is stated (Psalms 119:99): “From all my teachers I have grown wise, for Your testimonials are my meditation.”

Who is strong? One who overpowers his inclinations. As is stated (Proverbs 16:32), “Better one who is slow to anger than one with might, one who rules his spirit than the captor of a city.”

Who is honorable? One who honors his fellows. As is stated (I Samuel 2:30): “For to those who honor me, I accord honor; those who scorn me shall be demeaned.”

Who is Wise? Who is Strong? Who is Wealthy? Who is Honorable?

In this mishnah, Ben Zoma asks four questions. His answers are deep and surprising, even somewhat counterintuitive. (For example, we would initially think that a wise person is someone who teaches others and a wealthy person owns many assets). The answers, however, are precise and discerning. In this article, we will not discuss the content of his answers, but rather, the number of his questions: Four.

In Judaism in general and in Kabbalah in particular, the wisdom of numbers is held in high esteem. The number 4 alludes to a very basic tenet of Kabbalah: The four letters of God’s Name, Havayah (yud-hei-vav-hei). In his commentary on our mishnah,[1] the holy Arizal draws a parallel between Ben Zoma’s four sayings, to the four letters of Havayah and to the holy sefirot – from Wisdom through Kingdom.

The question “Who is wealthy?” parallels the sefirah of Beauty, which includes the six emotive attributes, from Lovingkindness through Foundation – and the letter vav (ו). The sefirah of Beauty symbolizes wealth. Its Hebrew name, Tiferet, represents pe’er, grandeur and glory. Tiferet includes all the attributes of the heart, which create internal wealth.

The Lubavitcher Rebbe says that every Jew should try to be materially wealthy, as well,[7] so that he can fulfill the mitzvah of giving charity with abundance and generously influence reality. The ability to influence reality parallels the letter vav (ן), which, like its linear form,  draws a line of abundance from above to below. It also parallels the sefirah of Beauty, which includes all the attributes that flow into the sefirah of Foundation. From Foundation the attributes flow farther down into the sefirah of Kingdom, which is external reality.

The question, “Who is honorable?” parallels the sefirah of Kingdom and the final hei (ה) of Havayah. Kingdom needs much honor – so much so, that “a king who has relinquished his honor, his honor is not relinquished.”[8]  The king’s honor is the honor of his nation, for “There is no king without a nation.”[9] Thus, he cannot waive his honor.

The sefirah of Kingdom is the last of the attributes of the soul. It is the meeting point with the external world. In order for that meeting to be appropriate, we have to free ourselves of our self-honor and strive to honor others – particularly to honor Heaven, as per the directive of our sages that a person should minimize his own honor and maximize God’s honor.[10]

The sefirah of Kingdom also alludes to the rectification of the current kingdom in Israel. To perfect reality and progress toward a rectified kingdom of Israel, we must honor (le’chabed) all the Jews in Israel, while sweeping out (also le’chabed – to give honor by sweeping something clean) all the hostile elements that prevent us from living a rectified Jewish life in the Holy Land.

[4] Nedarim 41a, “There is no poverty except in Intellect”

[5] The Hebrew word for ‘wealthy,’ ashir, is made up of the word eser, (ten) plus an additional yud, which equals 10. By drawing Knowledge down into Beauty, the persona of Beauty transforms from 6 (the six attributes of the heart) to yud (a complete persona with the Intellect) – and then the Name Havayah transforms into yud-hei-yud-hei, Yihyeh, the secret of “On that day, Havayah will be (yihyeh) One and His Name will be One.” 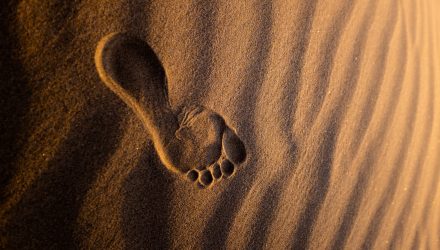 Q: What is Tarmudai and how is it  connected to Chanukah? A: In the laws of  Chanukah, the sages explain the halachic parameter for the time when

Q: Can an act of unity- to beg God