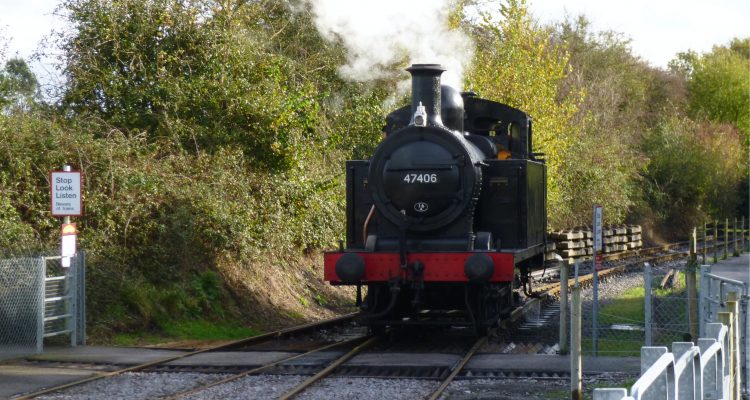 Rabbi Ovadiah of Bartenura explained this mishnah as follows, “The way of the world is that when a person performs one mitzvah, it is easy for him to perform another. Likewise, if a person begins to sin, it is difficult to break free from sinning.”

From the Bartenura’s words, we might think that both mitzvoth and sins are equally persistent. Both can become a never-ending chain of actions, from one mitzvah to the next or from one sin to the next. But in reality, we see that even if a person performs a mitzvah, it is common to subsequently sin. On a simple level, we can say that the first mitzvah promotes the performance of an additional mitzvah (as the Bartenura explains) but does not provide a mitzvah-insurance policy for persistence. That being so, we must understand what Ben Azzai meant in his teaching that “a mitzvah causes another mitzvah after it.” Furthermore, how can we avoid dragging a trail of transgressions behind us?

Restore the Mitzvah to God

In truth, an infinite amount of Divine energy is imbued in every mitzvah—this is Divine goodness that expands endlessly. But we must know how to properly relate to the mitzvah in order to reveal that Divine energy within it. This is the secret of the curse God brought upon the snake, “You shall strike his [Adam’s] heel.” The Ba’al Shem Tov explains that the snake, i.e., the evil inclination, or in the language of Chassidic thought, the animal soul wants to empty the Divine energy from every good deed we do. It does this metaphorically with the bite of the snake at the heel, which represents the culmination of a good deed. After finishing the deed, we feel a sense of accomplishment which leads in most cases to us attributing the mitzvah to ourselves and not to its Divine source. When we take credit for the good deed, the infinite energy intrinsic to the mitzvah dissipates and becomes finite and limited. In effect, if we feel that it is God Who deserves the credit for the mitzvah, then the mitzvah like God is infinite in its influence on ourselves and on reality, but if we take the credit for ourselves, then like us, the mitzvah’s reach and energy become limited.

The solution is to employ the attribute of lowliness and not to think too highly of ourselves. Lowliness means coming to terms with the fact that there is nobody—not even a tzaddik—who does not sin, as in the verse, “there is not a righteous person on earth who does good and does not sin.”[1] Even when a person performs a good deed, there is a trace of sin or blemish if he or she does not attribute the good deed completely to God. For, it is God alone Who gives us our Divine soul and creates the conditions necessary for the performance of the mitzvah. By recognizing our inherent lowliness, it is easier to acknowledge and admit that it is God Who deserves the credit for our good deeds. By recognizing this, we return the mitzvah to God, rendering it infinite, creating a never-ending trail of more and more mitzvot after it.

In physics, the principle of inertia says that a body in motion will maintain its motion unless there is a force opposing it, such as friction. The same is true for the movement of the soul when we perform a mitzvah. The more we remove ourselves from the equation and allow the Divine mitzvah to work—unencumbered by our ego—the more it will propagate its effect through the world and impact our lives and the lives of those around us.

This is the meaning of the words, “Run to pursue a minor mitzvah… for the reward of a mitzvah is a mitzvah.” We should run to the inner dimension of the mitzvah, which means that we should embrace the consciousness that, “Give Him [God] what is His, for you and yours are His [including your mitzvot].” With this approach, one mitzvah causes the next.

Just as we have to attribute the mitzvah to God (perhaps counter-intuitively, at first), so we have to attribute the transgression to ourselves. We might think, who else should be blamed for our sins? But, in fact, most of the time, normative people tend to blame everyone but themselves for their transgressions. We might blame the people around us, we might blame our upbringing (i.e., our parents—blaming them for our misdeeds is very common), our circumstances, or whatever else plays a role in our lives. This is nothing more than an elegant way to blame God, Who creates all of these circumstances. “The foolishness of man perverts his way, and his heart frets against God.”[2] If we choose this way of dealing with our sins, it will truly be impossible to break the vicious cycle.

Instead, we must confess and admit to our sins, like King David who, when he had to face up to his sin, did not try to make excuses. Instead, he said, “I have sinned.”[3] The transgression and the shortcomings are in me. I, and only I, am to blame for my situation. This is the power of teshuvah (return to God), which brings the ongoing chain of transgression to a complete stop. The Hebrew word for “transgression” is aveirah, and its root is avar, which means “past.” As soon as we cast the transgression into the past and admit that this is bygone, the future is released, and everything becomes possible.

Our mishnah can be understood at another level by analyzing how each of its statements corresponds to one of the letters of God’s essential, four-letter Name, Havayah.

According to this correspondence, the order of the letters as alluded to by our mishnah is vav-hei-yud-hei (והיה), which spells “it will be” (וְהָיָה). Vehayah always indicates joy.[6] This is the joy of performing a mitzvah, which is the driving force in pursuing a mitzvah and fleeing from transgression.

A beautiful allusion to this concept can be learned from the numerical value of the words of this mishnah, “For a mitzvah brings another mitzvah after it, and a transgression brings another transgression after it. For the reward of a mitzvah is a mitzvah, and the reward of transgression is transgression (שֶׁשְּׂכַר מִצְוָה, מִצְוָה. וּשְׂכַר עֲבֵרָה, עֲבֵרָה שֶׁמִּצְוָה גּוֹרֶרֶת מִצְוָה, וַעֲבֵרָה גוֹרֶרֶת עֲבֵרָה), which equals 4942, or David (דָּוִד) times joy (שִׂמְחָה), where the value of “joy” is also the value of “the secret of Havayah is to those who fear Him”[7] (סוֹד יְהוָה לִירֵאָיו), a phrase connected to Ben Azzai.[8]