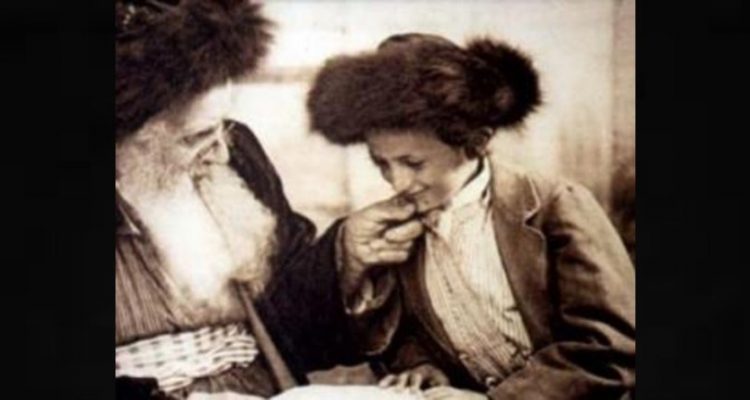 The two sages, Yossei the son of Yoezer and Yossei the son of Yochanan are the first pair of learning partners in the era known as the “era of the pairs.” Until then, the Torah was transferred from generation to generation through one main teacher. But our Mishnah records a turning point. The Torah seems to split in two, and there are two great teachers, each highlighting a different aspect of Jewish learning. Moreover, the era of the pairs marks the beginning of undecidable disputes over Torah rulings in Israel. The first such disagreement was between the two Yosseis, who debated whether a person bringing a sacrifice on a festival may perform semichah (pushing his hands down) on the head of the animal designated for the sacrifice.[1]

This difference of opinion, the first of its kind, was born of doubt: “Until Yosef the son of Yoezer, there was no disagreement on semichah nor on anything else, for the hearts had not yet become dwindled.”[2]

If things are clear as daylight, there is no dispute. But when there is doubt, each person takes a side and a disagreement ensues. Until the two Yosseis, the Torah was clear as the day it was given at Mount Sinai. Our Mishnah is actually the foundation stone of dispute on Torah rulings, from which a plethora of disputes were born – until this very day.

In considering these disputes, we can lament the so-called descent of the generations [in spirituality and knowledge] as their cause, making the truth something subjective and partial, with each side presenting only part of the picture. But a great light emerges from this darkness. When there is disagreement for the sake of Heaven, we see how “Both ‘these thoughts’ and ‘those thoughts’ are the words of the Living God.”[3] Every side of the dispute expresses a different face of God in this world, as it says in the Talmud, “From him and from him – God will be exalted.”[4]

When the Torah was one, without dispute, there was a strong Divine presence. But our material world is built of separate people and separate opinions. God created the world so that He would have “a dwelling place in the lower worlds[5],” with those who feel separate from Him. Thus, it is specifically the differences of opinions and the tapestry of approaches that express God’s innermost will: Even in a place with so much separation, in which you and I disagree, the word of God is revealed.

Yossei and Yossei soften the transition from the unified Torah of Moses, to the Torah of dispute with which we are familiar. The first obvious thing about them is their names. Both are named Yosef or Yossei,[6] both are known by their origins (“of Tzreidah” and “of Jerusalem”) and both open their teachings with the words, “Let your home be.”

[2]  Rashi, Temurah 16A. As above, the first disagreement was on the semichah. There is a clear connection between the roots סמך (to place hands on, or to rely) and ספק (doubt). The value of the letters in the word ס-פ-ק is: 60-80-100, respectively. This is a series in increments of 20. If we go backwards in this series, the numbers will be 60-40-20, which is the value of ס-מ-ך respectively! In addition, the filling of the final two letters מך in the word סמך equals the value of the final two letters of the word ספק, פק.  .מם=פ כף=ק

[6] See the preface of the Rambam to the Mishnah; Chagigah 16A and in the Masoret Hashas.

[8]  Moshe Yossei ben Yoezer equals Rav Ashi Rabina, who were the final pair of receivers of the Torah.