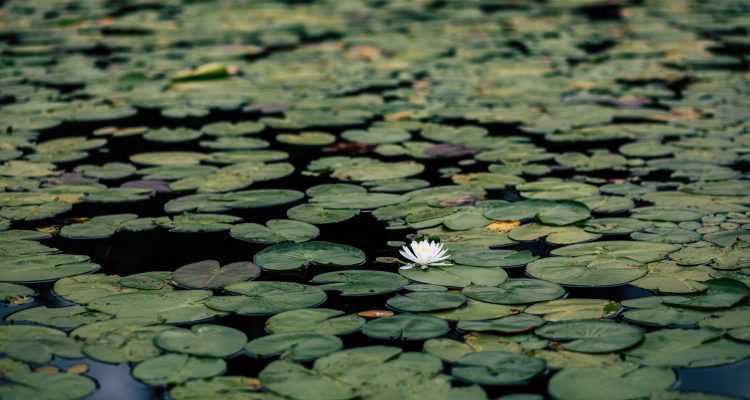 Ethics of the Fathers – Pirkei Avot 2:6

He [Hillel the Elder] also saw a skull floating upon the water. He said to it, “Because you drowned others, you were drowned; and those who drowned you, will themselves be drowned.”

This mishnah is about Hillel. On the level of the simple meaning (the peshat), Hillel is teaching us about Divine Providence and what is known as “a measure for measure.” The skull of the murderer is floating on the water because he drowned someone else.[1] This follows Maimonides’ explanation that this is a self-evident reality. We commonly see how an individual who initiates an evil action will ultimately suffer from that same evil. Hillel, too, teaches that, “What goes around comes around”—bad things are rolled out by bad people (מְגַלְגְּלִין חוֹבָה עַל יְדֵי חַיָּב). The Hebrew word for “rolled out” (מְגַלְגְּלִין), shares a root with the word for “skull” (גֻּלְגֹּלֶת). We also learn the phrase used by the Torah to describe liability for accidental killing (manslaughter), “God caused it to come to hand.”[2] Returning to the individual whose skull Hillel saw, though he was indeed liable to be punished by death because those who killed him did so without a court of law, Hillel said that they too would be killed for choosing to do this evil.[3]

On the level of allusion (remez), we begin by noting that the two-letter root טף is repeated four times in this mishnah in the Aramaic words: אֲטֵפְתְּ אַטְפוּךְ מְטַיְּפַיִךְ יְטוּפוּן. This two-letter root alludes to God’s holy connotation טפטפיה, which is related to thought, specifically with Divine Providence, which in the verse, “And He thought thoughts so no outcast would be banished”[4] is described as requiring thought. Just as the principle of measure for measure is used in order to thoughtfully punish the wicked, so God spends a great deal of thoughtful effort, as it were, to ensure that the lost and outcast souls are not forever lost. Indeed, these good thoughts are utilized to an even greater measure than thoughts about punishment, following the rabbinic principle that the measure of good is always greater than the of punishment[5] (וּלְעוֹלָם מִדָּה טוֹבָה מְרֻבָּה מִמִּדַּת פֻּרְעָנוּת). In keeping with this principle, Maimonides writes that it is also true that “a person who initiates a good action will enjoy the outcome of his action.”[6]

The Midrash Shmuel[7] commentary on our mishnah challenges the end of the mishnah, “and those who drowned you, will themselves be drowned.” He writes that we know of many murderers who were not punished for their actions. In fact, they died peacefully in their beds. Furthermore, how can we claim that every person who is killed necessarily killed someone else? After all, the first person to be murdered was Abel, and he did not murder anyone! Thus, the Midrash Shmuel suggests that this mishnah is alluding to reincarnation, which in Hebrew is called “gilgul” (גִּלְגּוּל), cognate with “skull” (גֻלְגֹּלֶת) and Hillel was saying that the murderer will be killed in another life. As for Abel, he was killed because he “gazed at the supreme holiness.”[8] Rabbi Yaakov Emden (known as the Yaavetz) in his commentary on the mishnah, Lechem Shamayim, further explains this concept, saying that the skull Hillel saw floating on the water was Cain’s. Cain was the first murderer, who killed his brother Abel. It is from him that we learn of the bitter end of all murderers, as he too was killed, and by his own great-great grandson, Lemech.[9]

Turning now to the inner dimension of Kabbalah, the “secrets” (sod) of the Torah, we find that the Arizal explains this mishnah as follows:[10] Hillel is a reincarnation of one of the sparks of Moses. The skull he saw was Pharaoh’s—just as Moses saw it, so Hillel saw it. Hillel said to Pharaoh: “Because you drowned others, you were drowned,” i.e. because you drowned Jewish children in the water, you too were drowned. But, according to the Arizal, the latter parts of Hillel’s words (with which the Midrash Shmuel had some difficulty ) are not directed at the skull, i.e., to Pharoah, but to the Jewish People. Hillel thus says, “And those who will continue to drown you [the Jewish people] in the future, [they too will meet the same fate as Pharaoh and] will themselves be drowned.”

Elsewhere,[11] the Arizal offers an even deeper and more surprising explanation. He writes that it all began with Abel (the first murder victim) who reincarnated into Moses. The skull alludes to the Kabbalistic concept of the gulgalta (the crown of Arich Anpin, the origin of will in the Long Countenance). Abel did not murder anyone, but he did create a blemish when he gazed at the 370 lights in the gulgalta and thus separated them from the other super-conscious faculties that lie below it (causing them in a sense to float above the lower faculties). To rectify this separation, Moses, Abel’s incarnation, had to be placed in a basket floating on the water. So, the skull is now identified not with someone but with an abstract concept. Even though Moses’ floating in the basket rectified his previous incarnation’s mistake, in practice, it was the Egyptians whose decrees created the necessity to place Moses in a basket on the Nile. They are therefore the subject of the mishnah’s final phrase, “and those who drowned you” and for their decree to drown every male Jewish boy, they too were punished.

The Komarna Rebbe, in his commentary on tractate Avot known as Notzer Chesed, continues the Ari’s approach and explains that this mishnah can be interpreted in a positive light. According to him, the mishnah is about prophecy. The root of prophecy is in the gulgalta and the Aramaic word, “killed” (אֲטֵפְתְּ) shares a root with “preach” (הַטָּפָה). Whereas now the source of prophecy is concealed, says the Komarna Rebbe, in the future, it will be revealed in the “holy mouth” (פֻּמָּא קַדִּישָׁא).

The Sixth Lubavitcher Rebbe, Rabbi Yosef Yitzchak Schneersohn, explained this mishnah from a Chassidic perspective.[12] An individual could be learning Torah, but the learning is strictly limited to the skull, i.e., to the mind. It does not impact one’s body, one’s heart, arms, or legs. If a person is only understanding Torah intellectually, he is like a skull floating on the waters—the Torah learned is not affecting his emotional makeup nor his behavior. When there is no connection between the mind and the heart, then when that individual walks about, he or she is like a person without a head.

The skull in the Lubavitcher Rebbe’s explanation represents faith and faith must radiate throughout the body and expand throughout all the attributes of the soul. Although our faculty of faith is more specifically identified with the highest head of the crown, the Unknowable Head (Radla), which is higher than the skull, or gulgalta (as above, in the Arizal’s explanation[13]), the Unknowable Head inspires the gulgalta (just as the gulglata itself “floats on the water”). Going back to the interpretation of our mishnah according to Kabbalah—the sod—Abel’s blemish was that he separated faith from the other inner faculties of the soul, beginning with those in the crown. In effect, Abel made faith float above the waters alluding to the so-called concealed wisdom (מוֹחָא סְתִימָאָה), the lowest head of the crown. Because concealed wisdom, also known as the power of the intellect (כֹּחַ הַמַּשְׂכִּיל), illuminates the mind and from there, all the powers of the soul, Abel had separated faith from them all.

The mitzvah that connects faith back with the other parts of the crown and inner faculties of the soul is tefillin. By donning tefillin, we subjugate our mind to God with the head-tefillin). In addition, we empower our minds to rule our hearts with the arm-tefillin and draw faith to illuminate our entire bodies, all the way down to our legs. The impact made by tefillin is alluded to in their Biblical name. In the Torah,[14] the head tefillin are called totafot (טֹטָפֹת), a word whose 2-letter root is also טף, the two-letter root repeated four times in the final part of our mishnah.

[3]. This interpretation follows the Bartenura and the Tosfot Yom Tov.

[6]. Maimonides commentary on our mishnah.

[7]. Written by Rabbi Samuel ben Isaac de Uçeda (1545-1604) was a Kabbalist, born and lived in Tzfat in the two generations straddling Rabbi Moses Cordovero and the Arizal. Though he studied with both and continued to learn with Rabbi Chaim Vital, his own work focused on homiletics rather than Kabbalah. He is best known for his commentary on Pirkei Avot (Ethics of the Fathers).

[8]. But see the Tosafot Yom Tov, who challenges this explanation and has a different solution.

Photo by Maddy Baker on Unsplash

“Such is the way of

Q: From a young age,