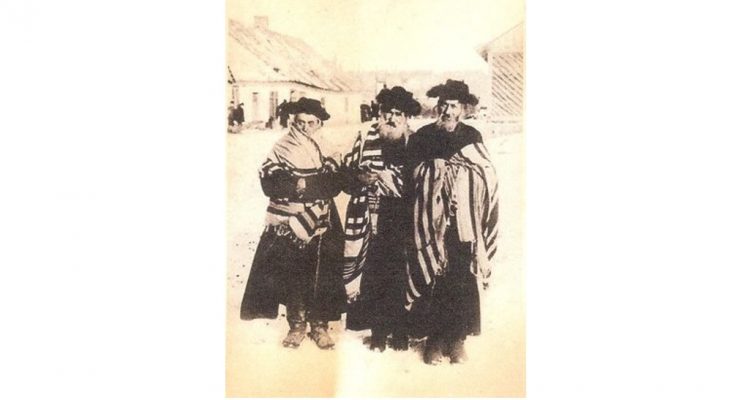 Who can be a Chassid? Pirkei Avot 2:5

He would also say: A boor cannot be sin-fearing and an am ha’aretz cannot be a chassid…

Rabbi Ovadiah of Bartenura explains this mishnah: A boor (in Hebrew, boor means both “clod” and “pit”) is empty of everything, and he does not even know how to conduct business. The boor is also worse than an am ha’aretz (literally, “a man of the land”—but implying an ignoramus) because even though the am ha’aretz cannot be a chassid—literally, a pious person—he can still fear sin, for he is an expert at business.

According to the Bartenura, a boor is a person who does not understand how things work in this world; he is like a fallow, unplowed field (called a sdeh boor in Hebrew). A person has to be like a plowed field. Plowing can also mean thinking deep thoughts that make “furrows” in the brain. The am ha’aretz in our mishnah is a good person. He is immersed in society and conducts civilized relationships with others, even though he did not learn Torah. Thus, an am ha’aretz can also fear sin, because “fear” means “sensitivity” and the sensitivity not to sin to God, begins with sensitivity to other people.

It is from our patriarch Isaac that we can learn how to turn a fallow field into a plowed field. “And Isaac went out to converse in the field.”[1] First let us note that Isaac (יִצְחָק) equals boor (בּוּר). According to the sages,[2] Isaac went to converse, which means to pray, on Mount Moriah, the Temple Mount, and thus he is credited with calling it a “field.” Isaac goes out to the field to make a personal accounting, to plow the inner depths of his soul and to pray before God from the depths of his heart. This is how to plow the field and to become sensitive to sinning, i.e., fearful of heaven. But as much as Isaac was able to plow his own “field,” he is also the father of Esau who is described as, “a man of the field.” Esau remained a fallow field, devoid of fear of heaven, fear of sin, or sensitivity to others.

To gain a deeper understanding of the concept of the am ha’aretz, let us look at Rabbi Ovadiah Bartenura’s commentary on another mishnah from Avot, which reads, “[An individual who says,] ‘What is mine is yours, and what is yours is mine’—that is an am ha’aretz.”[3] Rabbi Ovadiah writes that according to this mishnah, the am ha’aretz is a person

"Who equally benefits and gives benefit to others. Such conduct indeed develops the land. But this person does not know the verse, “He who hates gifts shall receive life.”[4] This is the [meaning] of the term am ha’aretz wherever it is used. It refers to an individual who wants to develop the land but does not have the wisdom to identify how to refine it properly.

Turning back to our mishnah in chapter 2, which states that an am ha’aretz cannot be a chassid. Here too, the am ha’aretz is a good person with good intentions. However, he is lacking the wisdom of the Torah to understand the proper way in which to go about making changes in order to rectify society and develop the world. There are many good people in politics today who fit this exact description. We learn from this that in order to be a true chassid, one has to know how to correctly refine society by setting the goals and manner of conduct according to the Torah.

The Explanation of the Notzer Chesed

In his commentary on the Mishnah titled Notzer Chesed, the Rebbe of Komarna explains our mishnah in a completely different manner. He explains that a boor is a person who learns Torah, prays, and fulfills all the mitzvot meticulously. But he is like a pit of stagnant water. “Just as he was yesterday, so he remains today,” with no renewal in his service of God. A boor like this does not fear sin. Sin means lack. A person who does not have an inner sense of missing an opportunity because of not renewing himself will not feel other missed opportunities in his service of God, either. To his own mind, he is already perfect. This explanation also pertains to a person who has the attribute of fear, like the patriarch Isaac (whose name equals the same value as the word for “boor,” as above).  Isaac is described in the Torah as digging wells—searching for living, gushing water. Thus, he is the exemplar of a person who has rectified the state of stagnation.

Who is the am ha’aretz according to the Komarna Rebbe? Surprisingly, he explains that he is the true, holy, and pure tzaddik. Why then would such an individual who has dedicated his life to serving God be designated an am ha’aretz? Although holy and pure, he has not yet achieved complete self-nullification. Deep down, he still subtly feels himself to be a separate being—albeit one that serves God; thus, he is not completely nullified to the Divine will. Even such a great person cannot be a chassid! A chassid, argues the Komarna Rebbe, is someone whose every act is aimed at serving the Creator without any self-interest. Indeed, the Zohar defines the chassid as one whose actions are a kindness to the Creator.[5] His only purpose is to glorify God’s Name in the world.