Rabbi Ginsburgh is our generation's most respected authority on Jewish Mysticism. He is acknowledged by both the religious and academic communities as an integrator of the mystical tradition as has not been seen in Judaism for many generations. His work is not only integrative in its nature, it is also seminal, providing serious students of Torah (in all its areas, esoteric as well as exoteric) with tools and ideas that will be relevant for hundreds of years to come. Hundreds of spiritual leaders view him as their mentor and teacher and his impact on Torah scholarship and Jewish spirituality increases from day to day.

Yet, those who know him are struck by his humble, gentle, and serene nature. While every class or lecture that he  delivers is a tour-de-force of powerful insight, intellect, and what seems to be infinite creativity, leaving listeners with  the feeling that they have just been touched by the Infinite, he himself remains approachable and reachable.

Rabbi Ginsburgh was born in S. Louis, Missouri in 1944.

Prior to his rediscovering the beauty and wisdom of his Jewish heritage, Rabbi Ginsburgh pursued an academic career in mathematics and philosophy. Upon finding his way to Torah faith and observance, he began an intensive program of religious study and development, under the close guidance of several great sages–most notably, the Lubavitcher Rebbe. In the course of his study, Rabbi Ginsburgh acquired deep and broad knowledge of the mystical tradition within Judaism, the realm of Kabbalah and Chassidut.

After moving to Israel in 1965, Rabbi Ginsburgh began drawing from his intimate knowledge of these profound teachings so as to make them spiritually relevant to the modern Jew for whom the original texts are virtually impenetrable. Using his academic background to present these classic ideas into a conceptual language and system that speaks to the 21st-century mind, Rabbi Ginsburgh has been able to unlock a vast treasure of insight for which many have long been thirsting.

Rabbi Ginsburgh's expertise in mathematics, science, philosophy, psychology and music has enabled him to relate the ancient wisdom of the Torah to many currents trends in academic thought and artistic activity. He is a talented musician and composer, having produced recordings of original music bringing Chassidic motif and classical style into fruitful interplay.

Presently, Rabbi Ginsburgh lives with his wife, children and grandchildren in the rural Chassidic community of Kfar Chabad. He teaches all across the Land of Israel, from modern Tel Aviv to the ancestral towns of Shechem and Hebron in Judea and Samaria where many of his students are reclaiming ancient Jewish rights of settlement. His audiences include yeshiva students and academics, chassidim and businessmen, housewives and politicians, Jews and non-Jews.

In addition to his teaching commitments, Rabbi Ginsburgh has devoted much of his time and energy to writing original works of Chassidic thought based upon his unique system and methodology. These works are prepared, published and distributed by Gal Einai of the Holy Land. Hundreds of his taped lectures and seminars are also distributed.

Rabbi Yitzchak Ginsburgh, a renowned authority on Kabbalah and Chassidut, has been making the profound wisdom of the Jewish esoteric tradition accessible to seekers of Jewish spirituality for over 25 years. From his base in the Holy Land, Rabbi Ginsburgh teaches as well as oversees the production of numerous original works on Jewish mysticism.

In recent years, Rabbi Ginsburgh has also gone on speaking tours around the world. 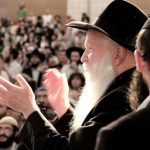 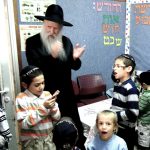 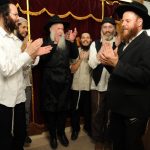 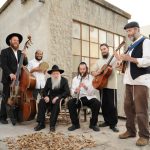 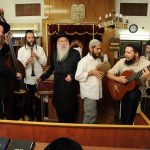 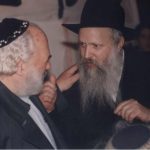 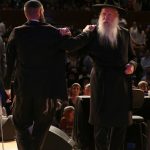 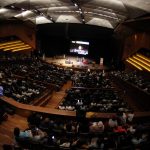 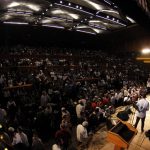 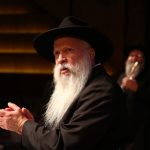 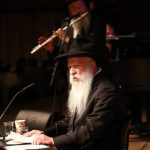 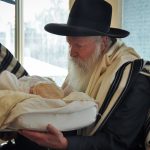 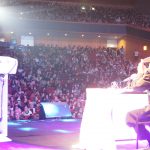 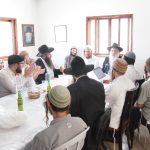 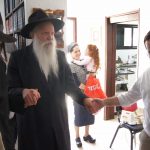 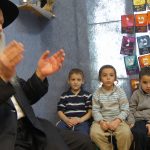 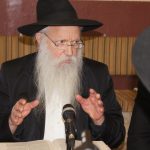 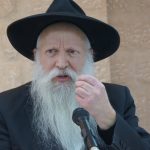 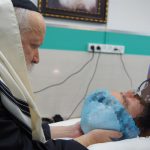 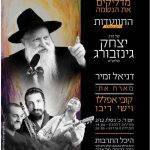 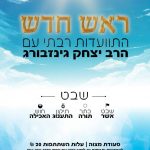 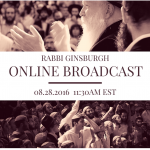 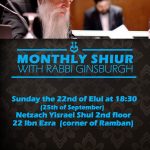 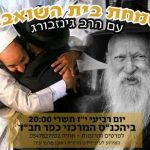 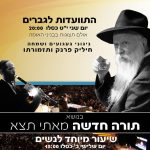