“Breaking of the Vessels”

Q: What is the concept of the “breaking of the vessels” in Kabbalah and Chassidut?

A: The breaking of the vessels is a stage in the creative process which takes place several stages after the initial tzimtzum, which is the contraction of G-d’s infinite light. After the initial tzimtzum there is then a ray of infinite light which shines into the vacuum. Then the world which is known as adam kadmon, “primordial man,” is created. This is a purely spiritual and Divine state of universal cosmic consciousness.

Then comes another world olom ha’akudim. This is the first world which possesses an actual vessel to contain and define its light. All of the ten lights of that world are contained within this one vessel. Then comes another world olom ha’nikudim, in which the ten vessels to contain the ten lights are very small. Since the vessels are not mature, they are broken by the light that shines into them.

The natural facet of the rectification process is the ongoing process of creation which we experience. (The rectification of the inner dimension of reality depends upon our Divine service).

The breaking of the vessels, then, takes place at the stage which is called olam ha’tohu, olam ha’nigudim, which is several stages after the initial tzimtzum. 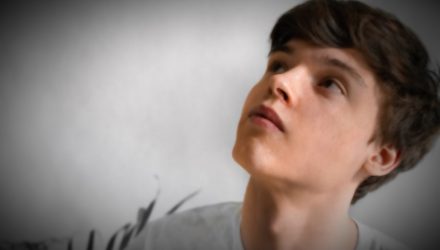 Q&A: I Want to be a Tzaddik

Q: Can anyone become a tzaddik (righteous individual)? A: On the one hand, “tzaddik” is a title given to very unique individuals. A tzaddik is someone who has completely overcome his

Q: What is the meaning of karet? What does

Q: In these times, few of us are untouched,

Hundreds are hospitalized in isolation,

During the festival of Chanukah,