Q: What is the meaning of the Gal Einai symbol which appears on your website?

A: Gal einai v'abitah niflaot mitoratecha ("Open my eyes, that I may behold wonders from Your Torah") is the 18th verse of chapter 119 in Psalms. That chapter is the most structured in all of Psalms and in the entire Bible. It is structured in the form of 176 verses, which are arranged according to the 22 letters of the alphabet. Each letter has 8 verses that begin with that letter. This verse, "Open my eyes that I shall behold the wonders of your Torah" is the 18th verse. 18 is 3 times 6. What is unique about this verse is the way the number of letters and words naturally divide into four lines of six letters. This is actually 4 times 6. The first word of the verse Gal, "open," has two letters and equals 33. The second word is einai, "my eyes." The two words are connected by a hyphen. Grammatically, according to the cantillation notes, they are read as one word. That one unit possesses six letters. The next word, v'abitah, "and I shall behold," also has six letters. The next word, nifla'ot, "the wonders," also has six letters, and the next word, mi'torah-techa, also has six letters. The fact that the verse naturally divides into 4 times 6 is a unique phenomenon. The verse is modeled in such a way that you have a simple rectangle of 4 times 6, which can then be made into the form of a square.

The verse itself suggests this model, and even more so, this is the way to meditate upon the letters of this verse.

Many numerical hints are alluded to and are manifest in the form of this symbol. In the first line, Gal einai, the first segment, Gal, equals 33. The second segment is 140.

One of the most beautiful phenomena of this symbol is that the second line, v'abitah, equals exactly 33. This is the value of the first word, gal. If we examine the word v'abitah, we see that it is actually a mirror image of 3 times 11. It has an alef and a yud, 1 and 10, respectively. It also has a beit and tet, 2 and 9. It also has a hei and vav, 5 and 6. It has three different pairs of letters that equal 11, and all together it equals 33, the value of gal.

Another simple phenomenon in the Gal Einai symbol is as follows: If we take just the first four letters in the first column, the gimelof gal, the vav of v?abitah, the nun of niflaot and the mem of mi'torah-techa, that first column equals 99. 99 is the multiple of 3 times the first word, gal. Gal repeats itself three times in the first column of the symbol.

Many more hints appear in this verse. The most important thing is to remember the simple meaning that if one analyzes many verses in the Torah in accordance with what first appears to the eye, the verse itself suggests what form it should be put in. This particular model is unique in the Bible. The verse was chosen for our organization because of its content. It suggests this particular form. 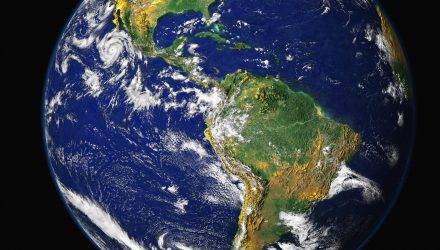 Q: I'm having a hard time understanding the constant recreation of all conscious reality ex nihilo. Does anything ever revert to nothingness be it for the minutest

Q: I had a bad dream about something terrible

Q: We are Noahides, our son is about to

Q: I would like to know more about the