Q: : King Solomon was the wisest of men, yet the kingdom of Israel divided upon his death. Why was this so?

A: The kingdom of Israel was divided after King Solomon’s death, due to the lack of insight of Solomon’s son, Rehavam, as related in the Tanach. However, the prophet Ahiyah Hashiloni had already prophesied to King Solomon that his kingdom would be divided. This was a result of King Solomon’s mistaken attempt to raise the sparks of the nations of the world by marrying the thousand wives from these nations.

The main wisdom of King Solomon was chochmah tata’ah, the wisdom of nature. However, he did not achieve the level of Torah wisdom which Moses achieved. Thus, King Solomon writes regarding the commandment of the red heifer in Ecclisiastes, “I said I will be wise, but the wisdom is far from me.” The wording of the Torah in the commandment for the red heifer is “Take unto you a red heifer.” Our sages interpret this verse to mean that “unto you” refers to Moses. G-d tells Moses that He will reveal the reason for taking the red heifer exclusively to Moses. The secret of the red heifer is the secret of purification of the impure that was separated from the whole. This then, is the secret of the unification of the whole. This secret was not revealed to King Solomon, despite the fact that he was the wisest of all men! 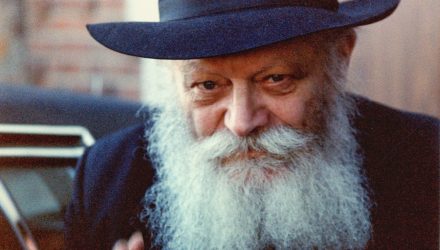 Q&A: Is the Rebbe Looking at Me?

Question: A picture of the Rebbe has increasingly served as a spiritual barometer for my actions. If I am doing well – the Rebbe looks at me

Question: Why are so many nations hostile to Israel?

Q: Why is the sixth lamp of the menorah

Question: My wife and I have been married for

Q: My birthday is on