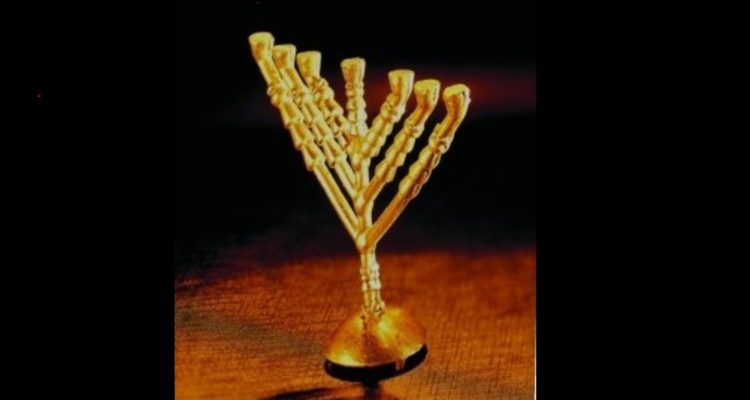 Q&A: Secrets of the Temple Menorah

Q: Why is the sixth lamp of the menorah in the Temple called the Western Lamp?

A: The menorah stood on the south side of the sanctuary, with its branches oriented from west to east. The west is the side of the Holy of Holies. The east is the direction from which the priests entered the sanctuary. Thus, the sixth lamp was the first one that was to the west of another lamp (from the vantage point of the priest, who entered the sanctuary from the east.) For this reason, the sixth lamp is called the Western lamp.
The seven lamps of the menorah correspond to the sefirot from chessed (loving-kindness) to malchut (kingdom), with the first lamp from the west representing chessed, and the seventh, easternmost lamp representing malchut. The sixth so-called "Western Lamp” thus corresponds to the sixth of these sefirot, the sefirah of yesod (foundation). The “Western Lamp” thus represents the connection to the tzaddik who is known as the foundation of the world (yesod olam).

Moreover, the division of the golden Menorah into 5 (the value of the letter hei, ה) and 2 (the value of the letter beit, ב) lamps alludes to the Hebrew word for “gold,” or “golden” (zahav, זָהָב), whose first letter is zayin (ז), whose value is 7—representing all 7 lamps, and whose next two letters are hei (ה) and beit (ב)—representing the division into 5 and 2 lamps, as above.