Shabbat in relation to the weekdays is as sight to hearing. Throughout the week Divine vibrations fill my heart. On Shabbat I see Godliness.

In the Zohar we learn that the word Shabbat (שבת) depicts the secret of the eye. The three branches of its first letter, shin (ש), allude to the three Patriarchs and to the three colors associated with their spiritual attributes (loving-kindness, might, and beauty) which appear in the eye – the white of the eye (לבן), the red blood vessels visible within the white “sea” of the eye (אדום), and the individual color of each person’s eye (referred to generically as “yellow-green,” ירוק). The letters bet tav (בת) of Shabbat spell the word bat, literally “daughter” (corresponding in Kabbalah to the sefirah of kingdom, personified by King David, the fourth “leg” of the Divine Chariot, as here symbolized in the four colors of the eye), referring to the black (שחור) pupil of the eye (בת עין).

But on Shabbat we return to the pristine state of consciousness of God as it was prior to the primordial sin (and as it will be universally in the future). In the terminology of Kabbalah, during the weekdays our consciousness is at the level of understanding (“hearing” in Hebrew means also “understanding”) whereas on Shabbat our consciousness rises to the level of wisdom (direct insight into the mysteries of creation hidden within reality, and into the “mystery of mysteries,” the Creator of reality, the true and absolute Reality).

Throughout the week everything that happens around us, all that we see and hear, “tells” us about God and His Providence. On Shabbat we don’t have to be told about God, we experience Him directly.

There are two exceptions to the above distinction between Shabbat and the weekdays, two times that we rise to the consciousness of Shabbat during the otherwise mundane time of the week. The Arizal teaches that our consciousness in the times of prayer, every day of the week three times a day, is at the level of Shabbat. The times of prayer, when we turn to God and address Him directly, are the Shabbat as its light shines into and permeates the week.

Also, a true Torah scholar is referred to in the Zohar as Shabbat. Continuously in communion with God through the means of His Torah (which ultimately in one with Himself) he experiences Shabbat-consciousness the entire week. 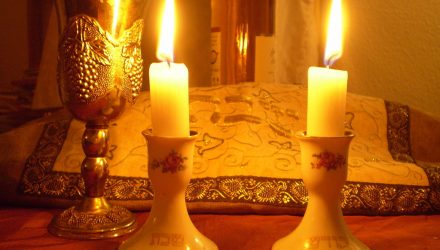 The Shabbat Persona: Wisdom and Understanding

Part 3 of a lecture on how Shabbat corresponds to the ten sefirot. Delivered by Rabbi Yitzchak Ginsburgh to a group of young women by the light

This lesson was given by Rabbi Yitzchak Ginsburgh to

By Rabbi Yitzchak Ginsburgh This lesson was given to

The Wondrous Meaning of an Ear...