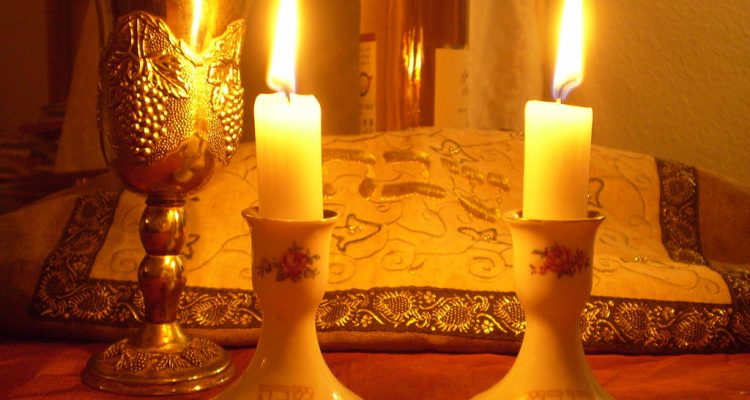 The Shabbat Persona Part 2: Keter: Faith, Pleasure and Will

This lesson was given by Rabbi Yitzchak Ginsburgh to a group of young girls by the light of the Shabbat candles on the 18h of Cheshvan 5779.

In the first sefirah, Keter/Crown, the upper head (known as the Unknowable Head, Radl”a) is the power of Emunah/Faith. Let us find a verse in the Torah that mentions two faiths, so that we have one to parallel Zachor/Remember and one to parallel Shamor/Safeguard. The verse appears before the Song at the Splitting of the Red Sea, “And they believed in God and in Moshe, His servant.” The Torah tells us that the Nation of Israel had faith in God and similarly, faith in His loyal servant, “In all My home he is loyal,” Moshe Rabbeinu.

These two types of faith, which manifest in every generation – faith in God and faith in His loyal servant, the Moshe Rabbeinu of the generation – can parallel “Zachor” and “Shamor.” We heard “Zachor” from the mouth of the Almighty, literally from God’s mouth, in the Ten Commandments in the Torah portion of Yitro. On the other hand, “Shamor” appears in the Torah portion of Va’etchanan, when Moshe Rabbeinu repeats the story of the Giving of the Torah in the book of Deuteronomy. The book of Deuteronomy is an account of what Moshe Rabbeinu said, while “the Shechinah was speaking from his throat,” but we hear the words as they were spoken from his mouth. God said one utterance, and we hear it from God as “Remember” and from Moshe as “Safeguard.” Our faith is in both – in God and in Moshe Rabbeinu – in the two different modes that we hear their spoken word.

Pairs in the Right-Left Axes and in the Middle Axis

The Tree of Life of the sefirot is divided into three axes:  Right, Left and Middle. The sefirot on the right and left axes parallel each other, creating three pairs of sefirot, in the mind, the emotions and   the powers of action. The first pair is Chochmah (Wisdom) and Binah (Understanding), in the mind. The second pair is Chesed (Lovingkindness) and Gevurah (Might) in the emotive powers of the soul. The third pair is in the powers of action and behavior –  Netzach (Victory) and Hod (Acknowledgement. The inner dimension of Netzach is Trust and the inner dimension of Hod is trust and simple sincerity. These are actually two aspects of trust: Active trust and passive trust.

Regarding these Right-Left pairs, the Zachor and Shamor explanations to follow will parallel a pair of sefirot. In the middle axis of sefirot, however: Keter (Crown) Da’at (Knowledge), Tiferet (Beauty), Yesod (Foundation) and Malchut (Kingdom) the couple is within the one sefirah. This is the general rule for the midline axis. In Keter, however, there are three heads, the inner dimension of which   are Emunah (Faith), Ta’anug (Pleasure) and Ratzon (Will). These three heads are relatively in an array in which Emunah is the middle axis, while Ta’anug and Ratzon are like the Right and Left within the Keter. Thus, the following explanation of Zachor and Shamor will correspond to the two powers of Pleasure and Will, which relatively are male and female.

Pleasure and Will: Making Shabbat Pleasurable and Observing Shabbat

In Torah Ohr it is explained that Zachor means to make the Shabbat pleasurable. In Kabbalistic terms, Shabbat is Mochin d’Abba (brains of Abba), a state of consciousness in which one experiences Chochmah, or insight. When a person has a new, novel idea, (like a flash of lightening on the intellect), this gives him much pleasure. From this, we learn that the source of Chochmah, (Wisdom) is in the Pleasure of the superconscious of the soul.

With the Zachor, we draw down pleasure to Shabbat (from the Reisha d’Ayin/Head of Nothingness, which is super-conscious pleasure – to Supernal Wisdom – “And Chochmah will be found from ayin /nothingness”).

The Shamor is the actual observance of Shabbat. In order to observe Shabbat, we need much will power. We need the power of “nullify your will before His will (Pirkei Avot) and the strength of character to perform the service of self-coercion, called itkafya, and not to blindly follow the lowly will of the animal soul. The woman in the home is responsible for the observance of Shabbat: Cleaning the home to prepare it to receive the Shabbat Queen, the candles, setting the table, the delicious food that will be served – it is the woman of the home who prepares it all. The safeguarding of Shabbat depends upon the strong will of the woman – “Shamor is the female aspect.”

To part 1 of this series

To part 3 of this series