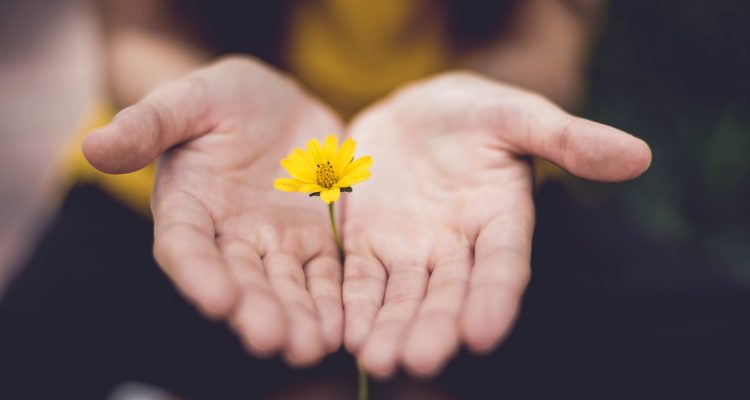 And You Thought You Were Doing Teshuvah? The Seer of Lublin

Rabbi Yaakov Yitzchak Halevi Horovitz, known as the “Seer of Lublin,” was born in Poland in 5505 (1745). He was the disciple of the holy Rebbe Shmuel Shmelkeh of Nikolsburg (Mikulov) and the holy Magid of Mezritch. After they passed away, he became the primary disciple of Rebbe Elimelech of Lizhensk (Leżajsk). He established his Chassidic court in the large city of Lublin and the masses flocked to learn Torah from him. The Seer was known as a holy genius who had the gift of special spiritual sight. It is told that he received this gift from his Rebbe, Rebbe Elimelech. The Seer was deeply engaged in efforts to bring the redemption. He sent his senior students to spread the teachings of Chassidut throughout Poland and Galicia. Among those students were “The Holy Jew” of Parshischa, Rebbe Uri “the Saraf” of Sterlisk, Rebbe Naftali of Rupschitz and many more. On Simchat Torah 5575 (1814) the Seer fell from the window of his home under wondrous and mysterious circumstances while he was engaging in spiritual endeavors to bring the redemption. He was severely injured and bedridden for close to a year and passed away on the ninth of Av, 5575 (1815). He was laid to rest in Lublin.

On Yom Kippur, a major part of our prayer service is confession. The following are three stories of confessions – which are an expression of the attribute of Hod (Sincerity) in the soul. These stories are about the Seer of Lublin, and they open a small window for us to understand the mechanism of repentance on a much deeper level.

A Jew entered the Seer of Lublin’s chamber with a note upon which his request of the Rebbe was written, as was the custom. There was not a particular request written on the note, simply a request for a blessing for “me and my family.” When the Seer read the Hebrew note, he read it with a different set of vowel sounds, so that instead of “for me and my family” the note read, “for me and my son, born to my maidservant.” The Jew awkwardly corrected the Rebbe, saying that his request was for him and his family. The Seer re-read the note aloud, making the same “mistake.” Once again the Jew corrected the Seer and once again he read the ‘mistaken’ version. Finally, the Seer said to him, “Wicked man, confess!” At that point, the Jew broke down and confessed that he had indeed sinned and fathered a son from his servant.

A sinner came to the Seer of Lublin and told him that he wanted to repent. This Jew fell on his face before the Seer, begging him to help him. When he got up off the floor, the first thing that he did was to spontaneously brush off his clothing from the dust. Seeing this, the Seer said that a person like that still cannot repent. In order to repent –particularly for sins of sexual impropriety – it is written: “Your garments must be clean at all times.” The garments refer to the garments of the soul: thought, speech and action. These garments of the soul must be white and clean.  When a person wants to repent for sexual impropriety, but worries about the dust on his pants, it is a sign that he has still not connected deeply to the repentance. His Hod (confession) has become a destructive force, as is written in the verse in (Daniel 10:8).

A Jew who had already been repentant for a long time came to the Seer. Before coming to the Seer, this Jew had taken upon himself all sorts of hardships as part of his service of God. He would fast and do other things to cause himself sorrow, as part of his repentance process. This was in keeping with what is written in mussar books, which recommend fasting and other self-initiated hardships to augment the repentance process. (The Tanya also writes that one should fast but that this is not the main point. Before the dawn of Chassidut, many opined that these fasts and hardships were the main points of repentance). Although this Jew was already a serious faster and sufferer, he had decided that he should consult with a tzaddik about an even loftier service of repentance.

The Jew told the Seer about his years of fasting and self-imposed hardship, asking the Rebbe to give him a path of repentance. The Seer answered that this was not the proper path. “If you want me to give you a path to repentance,” he said to him, “first you must be physically strong. Without that, you will not be able to bear my path of repentance. Go home and eat and drink well for two months so that you will be strong, and then come back to me.”

The repenter went home and followed the Seer’s instructions. For the first time in years, he ate and drank well and indeed got stronger. After a month he returned to the Seer and reported that he had been eating, drinking and sleeping well and that he felt strong enough to repent. The Seer told him that it was not enough and that he should return home for another two months of pampering.

The repenter returned to the Seer two months later. The Seer looked him up and down and asked him, “Are you ready?”

“I certainly am,” the repenter answered.

“If so,” said the Seer, “let us recite the Confession written in the prayer book together. Repeat after me: ‘Ashamnu’ (We are guilty).”

The repenter barely got the word out of his mouth and promptly fainted. It was not easy to wake him up. When he did wake up, the Seer said to him, “I told you that you still don’t have enough strength to repent. You don’t even have the strength to say one word of confession.”

In our first story, the Jew knew that he had sinned, but he was not willing to admit it. He simply wanted to ignore the sin and keep going. The Seer taught him that without admitting the truth, it is impossible to progress. Thus he had to force the confession out of him and spark his submission, which is the first stage of repentance.

In our second story, we meet a sinner who admits his sin. He falls before the Rebbe and asks for a path to repentance. But his spontaneous act of brushing off his pants shows that it was simply lip-service. He did not truly want to admit his sin. It is impossible to truly repent in this manner.

In our third story, the Jew is not only aware of his sin, but he is already is in a state of submission. He is already repenting according to his understanding of the process, with fasts and other hardships. All of this doesn’t really help him to attain true repentance according to Chassidut, because he was still unable to say, “We are guilty”. He was unable to look his sin in the eye, to truly internalize it. In order to truly be able to confess our sins, we need a good connection with the tzaddik – so that he can guide us to understand what we really did.

When we genuinely admit the truth, – in the merit of the tzaddik – the repentance process connects to his power to radiate Hod (confession) – to evoke true, deep confession from us. Our thoughts that we have achieved a high level of spirituality are all based on imagination. When we reach the point of truth – when we look at our true situation in the eye – we can simply faint.

This entire world is ‘the world of falsehood,’ and thus, we have a tendency to lie to ourselves and convince ourselves that we are repenting. In order to stand before the stark truth and say, “We are guilty,” we need tremendous spiritual (and physical) power. This can only be attained with the merit of the tzaddik who will guide us on our path to truth.

Photo by Lina Trochez on Unsplash