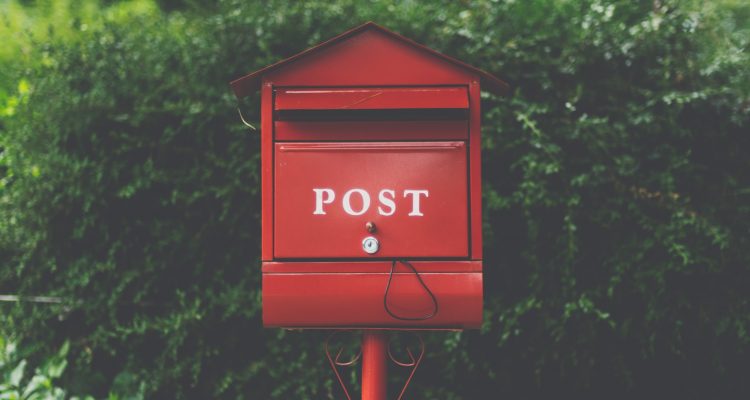 Rabbi Hillel Halevi of Paritch was born in the town of Chemtz in 5555 (1795), to his father Rabbi Meir, who was a Chernobyl Chassid. In his childhood, Rabbi Hillel was already well-versed in the Talmud and Jewish law, learned books of Kabbalah and prayed according to the intentions of the Ariza”l. It is no wonder that he was called “the genius of Chemtz.” When he came across the Tanya, by Rabbi Shneur Zalman of Liadi, the founder of Chabad, he became his ardent disciple. However, despite all his efforts, he never managed to actually meet or even see him.

In 5578 (1818), Rabbi Hillel was sent by Rabbi Shneur Zalman’s son, Rabbi Dov Ber (also known as, the Mittler Rebbe) to tens of farming settlements that the former had established in Kherson, “to gather material wealth and plant spirituality.” In this way, Rabbi Hillel became the spiritual mentor for tens of thousands of Jews. He dedicated his life to disseminating Torah and Chassidic thought and worked with self-sacrifice to provide kosher food for the Jewish soldiers who had been drafted into the Czar’s army. In 5600 (1840) he became the Rabbi of Paritch in White Russia, and then became the Rabbi of the nearby city, Bobroisk. Rabbi Hillel would write everything that he heard from his rabbis and add his own explanations. He also composed deep, Chassidic melodies. His words of Torah were compiled in the series of books titled Pelach Harimon, in Imrei Noam and in other works. Rabbi Hillel merited a long life and was also a devoted follower of the third Lubavitcher Rebbe, Rabbi Menchaem Mendel, the Tzemach Tzedek. He passed away on Shabbat, the 11th of Av (also known as, Shabbat Nachamu, the Shabbat of Consolation, as it follows Tisha B’av) in the year 5624 (1864) and is buried in Kherson.

Rabbi Hillel was known as a tremendous “oyved” – someone who places emphasis on devout service of God – in his prayers and outpouring of his soul to God. He may be the greatest oyved of all the chassidim throughout the generations. In addition, he was also a wondrous “maskil”, a person with a deep understanding and ability to explain Chassidic thought. Despite all this, the Tzemach Tzedek once said about him that, “a tzaddik in deed like Rabbi Hillel of Paritch has not been in the world for three hundred years.” This is a very unique saying and a very unique title – “a tzaddik in deed.” Three hundred years before the Rebbe made this comment was the era that included the Ariza”l, the Ba’al Shem Tov and the Alter Rebbe. Apparently, there are different levels and types of tzaddikim and Rabbi Hillel was a unique, special manifestation of the tzaddik in deed of many generations.

The three groupings of the soul’s faculties are the behavioral, the emotional, and the intellectual. They correspond to deeds (actions), emotions and intelligence, respectively. Despite the fact that Rabbi Hillel was exemplary in his intelligence and even more unique in the pure emotions of his heart, according to the Tzemach Tzedek, what was most special about him were his deeds – as the Lubavitcher Rebbe said, “the main thing is the action that one takes.”

Rabbi Hillel accepted many different customs upon himself. Due to his high spiritual level, these customs did not weaken his connection to the Rebbes who were alive in his lifetime. On the contrary, they strengthened it.

For example, Rabbi Hillel had a custom never to wear clothing that had wool as one of its components, in order to safeguard himself from the prohibition of wearing a garment made with both wool and linen (sha’atnez). In fact, for this reason, he was even careful not to sit on a chair or sofa that was padded with wool.

Once he entered the Tzemach Tzedek’s chamber for a private conversation with the Rebbe, called yechidus. The Rebbe wanted to discuss a serious matter with him. Generally, in yechidus, the Rebbe sits and the chassid stands. But if the chassid is a very respected person, or if the conversation will be long, the Rebbe generally invites the chassid to be seated. Rabbi Hillel, who was already quite old and one of the most esteemed chassidim, entered the Tzemach Tzedek’s room and the Rebbe told him that this would be a long conversation and that he should be seated. But the chair in the Rebbe’s room was upholstered, because the Rebbe had not taken upon himself the custom of not sitting on furniture upholstered with wool. Most chassidim would probably feel it improper to be more exacting than the Rebbe with a personal custom when the Rebbe himself was not scrupulous in that respect. But Rabbi Hillel was not willing to surrender his custom. What did he do? He proceeded to seem to sit in the chair, but actually held himself just a little above the chair. To the Rebbe, it looked like he was sitting. But he was really not touching the chair throughout the entire yechidus, which took a full hour and a half! No easy feat for a man of his age!

Rabbi Hillel had another custom not to travel on Friday after noon, as the Shabbat was already approaching, and he did not want to risk being delayed somewhere on the road. He also had a custom not to send letters in the mail on Friday, so as not to cause any desecration of the Sabbath as the letter is transported along the way. This custom is supported in the Code of Jewish Law.

One Friday, a pressing matter of public concern came up, and the Tzemach Tzedek instructed Rabbi Hillel to write an urgent letter to the government and to mail it that day, Friday. The Rebbe knew about Rabbi Hillel’s custom, but due to the urgency of the matter, he instructed him to mail the letter immediately. Rabbi Hillel understood that he had no choice, wrote the letter and with a heavy heart inserted it into the mailbox, despite his custom.

That Friday night, during the Shabbat meal, the Tzemach Tzedek, who was sitting with his children, suddenly burst out laughing and said to them, “You think that I triumphed over him? He triumphed over me! The mailman came and emptied the entire mailbox of letters – except for Rabbi Hillel’s letter, which he mistakenly left behind.”

The first story is an example of self-sacrifice for a good custom. We can learn from it that sometimes, if the custom is true and completely aligned with our essence, we can go to great effort to maintain it, even apparently in contradiction of what the Rebbe says.

The second story is a story of self-sacrifice together with special, wondrous help from Heaven, which shows that certainly, the custom is correct and true.

Clearly, for Rabbi Hillel, the greatest tzaddik in deed, all of his customs are like garments, and all of his garments fit him perfectly. What is the proof of that? If we are connected to the truth in general (and that is not so simple. In Chabad they would say that it takes twenty years of hard work in order to be truthful) and also truthful about what custom we take upon ourselves, and afterward we fulfill our custom with self-sacrifice – then certainly we will merit some sign from Heaven, some Heavenly nod of assistance and approval, which will help us fulfill our custom.